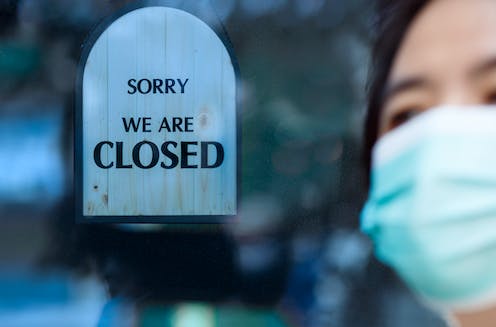 The exclusion of temporary visa workers from reimbursement under Australia’s Fair Entitlements Guarantee (FEG[1]) scheme for lost wages and entitlements (annual leave etc) owed to them when their employer collapses[2] is not just unfair.

It is inconsistent with other important government guarantee schemes, such as the Financial Claims Scheme (FCS[3]) for bank deposits and insurance policies, where non-residents are eligible[4].

Read more: There's serious talk about a "job guarantee", but it's not that straightforward[5]

It is also inconsistent with the principle of non-discrimination expressed on the Fair Work Ombudsman website[6]:

all people working in Australia, including foreign workers, are entitled to basic rights and protections in the workplace.

During the current coronavirus crisis many workers have experienced the hardships of both losing their job and then discovering that unpaid wages and other entitlements have been lost due to insolvency of their employer.

Australian citizens, permanent (and some other) visa holders are entitled to claim for compensation under the FEG, albeit with limits on the amount claimed.

But temporary visa holders, such as international students working in shops[7] or hospitality[8] to earn enough for rent and living expenses, are not eligible to claim.

Is it right to exclude them from the Australian taxpayer support provided by the FEG? Yes, if the objective of the scheme is solely to provide compensation for Australians suffering loss.

But no if the objective is to provide compensation for failings by bosses of Australian businesses to adequately provide for the amounts owed to any employees.

All workers should be covered

There is, in my mind, a very strong case for the latter answer, and thus inclusion in the FEG of temporary visa holders.

The FEG is an alternative to other methods of making sure employers adequately provide for amounts owed to employees. These could include an explicit, premium based, insurance scheme, or requirements for employers to maintain amounts in a trust account adequate to meet unpaid entitlements.

In the absence of such direct disciplining measures on employers, which would protect all workers, the FEG is a substitute to provide such protection.

Any of these approaches work to improve the efficient operation of the labour market by removing the need for potential and current employees to assess (and worry) whether an employer will be able to meet unpaid entitlements.

Not only is that a virtual impossibility for them, but their ability to take actions to reduce exposure to potential losses is highly limited (short of quitting and demanding immediate payment).

Other protections from businesses collapsing

It is worth comparing the FEG with the Financial Claims Scheme (FCS), which protects bank depositors and insurance policy-holders (up to maximum amounts covered).

Yes, an important feature is that it provides ex-post compensation for losses from a failed institution.

But a critical feature is that it enhances the stability and efficiency of the financial sector by removing concerns of those covered about risk of failure of their financial institution.

The resulting peace of mind also reduces the risk of “[runs[9]]” for example, where a large number of customers withdraw their deposits at the same time.

An important feature of the FCS is rapid access[10] to amounts owed by a failed institution. This reduces the disruption to customers relying on access to those funds for daily living and other expenses.

Read more: Cutting taxes for the wealthy is the worst possible response to this economic crisis[11]

The same arguments are relevant regarding coverage by the FEG. Covered workers need not worry about possible loss of unpaid entitlements if their employer fails.

Realistically, employees on temporary visas are even less likely than Australian employees to have the ability to assess risk of loss from employer insolvency. As casual or part-time employees they have less (if any) bargaining power.

The financial hardship resulting from loss of entitlements (on top of unemployment) of such relatively low-paid workers with limited access to other forms of financial support is undoubtedly severe.

Add to that the Fairwork principle of non-discrimination and the conclusion is obvious. The FEG should apply to such workers on temporary visas.