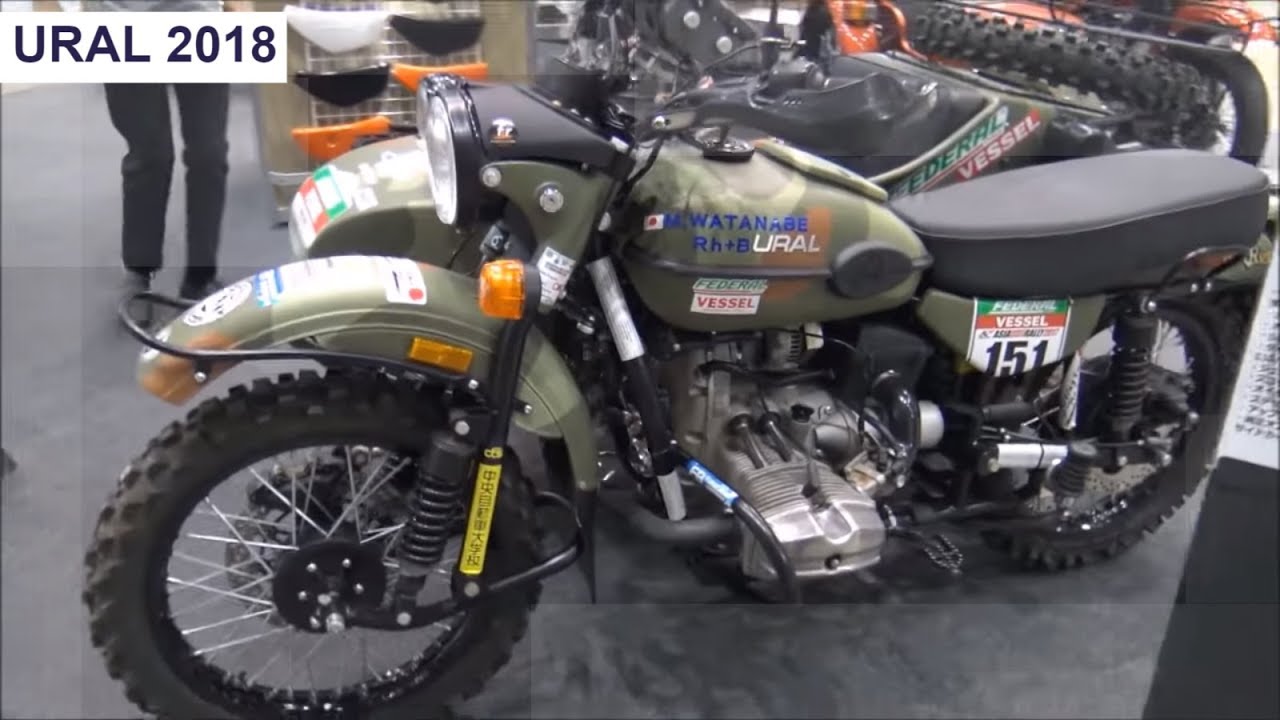 Ural motorcycles are the only model of heavy motorcycles produced in Russia at a plant in the city of Irbit. Most of the models are supplied with a stroller, which has a drive. There are several models without wheel drive. The drive itself is switchable.

Currently, the Ural company sells only 3 percent of motorcycles in Russia , and the rest is supplied to foreign countries. The main sales markets are the USA, Canada, Australia, as well as European countries. In Australia, you can buy a used Ural motorcycle at zcarsales.com. Modern Ural motorcycles go back to German pre-war developments, which affects the morally outdated design. Despite this, the motorcycle factory in Irbit positions its motorcycles as simple high-reliability motorcycles with a masculine character.

Since 2011, many foreign parts have been used in Ural motorcycles, which negatively affects the price for the Russian consumer. This explains the drop in demand in the homeland. Among the Ural models there are models with a sidecar, without it, as well as exclusive and sports motorcycles.

Ural motorcycles began to be produced before the war, and during its years their number increased significantly. This is explained quite simply. The Ural has a high cross-country ability, copes well with off-road conditions, is not picky about the quality of fuel and oil, and besides, it is quite easy to repair. That is why, during the war, the production of the motorcycle was increased, but in essence the Ural became a mobile military unit. A crew of three with a machine gun placed on a sidecar could very well have changed the outcome of the battle.

Currently, the model remains technically military, but from this point of view, they are rarely used. All this affected the future development of the motorcycle and to this day they are reliable machines that are perfect for off-roading. According to the reviews of the owners of the Urals, we can safely say that this is a very powerful motorcycle with a high gasoline consumption . This is undoubtedly a minus, but with the right approach and modernization, fuel consumption can be almost halved. The Urals can easily gain 90 or more kilometers per hour, but at this speed it becomes rather unstable. Therefore, it is not recommended to arrange races on them.

The term "heavy" was understood literally by Soviet designers, and when copying German prototypes, the frame was significantly heavier, the cylinders were widely spaced to the sides, which makes the model very bulky and inconvenient when cornering on a bend. There are quite a few jokes about the reliability of the Urals engines, and they did not appear out of the blue.

Ural is a really reliable motorcycle and, with a caring attitude, can last for more than a dozen years. For Russian bikers that cannot afford expensive foreign choppers, old Ural models bought cheap can be a real boon. The factory frame with the help of simple manipulations can turn into a rather unique biker motorcycle.

The main thing is to approach this wisely. Ural motorcycles, among other things, are famous for the simplicity of their repair . Easy access to the main units had a positive effect on the fact that the equipment is easy to repair in the field on your own, and for a long time this was also appreciated among motorists. Recently, it has become quite difficult to find original parts on the Russian market due to the fact that many units are bought abroad, and the equipment itself, in the overwhelming majority of cases, is sold in the same way.

The popularity of the Russian Urals in foreign countries is quite understandable. For foreign buyers, this is a very inexpensive motorcycle option and it is especially in demand among poor bikers. The Ural is undoubtedly inferior in speed characteristics to foreign competitors, and also loses in design, but at the same time few models can be compared with the Ural in cross-country ability.

The disadvantages of domestic Ural motorcycles include, first of all, their cost. This price is the result of using foreign parts. An equally important negative quality of the Urals is its high gasoline consumption at low speed characteristics. Ural is a very expensive motorcycle to refuel and this also does not bring him popularity.

High demand in the foreign market has led to the disappearance of original spare parts from Russia, and Chinese counterparts cannot match them in quality. The low weight of the Urals negatively affects the stability of the machine at high speed. When driving over 90 kilometers per hour with or without an empty stroller, a bump can be an excellent springboard. Most of the Ural models do not take turns well at high speed, which is unacceptable for those who like high speeds.

The "brutality" of the motorcycle body causes delight abroad, but meets with protest in the Russian open spaces. Morally outdated design in most cases leaves a negative impression of a great motorcycle.

The Ural motorcycle is an excellent device for those who need to carry a large amount of cargo and do not need to drive fast. Off-road driving is a native element for the Urals, and the simplicity of the design only completes the pleasant sensations of owning this model. Despite the high cost of riding this motorcycle, it is loved both in Russia and abroad, only Russian motorcyclists prefer to take cheap used motorcycles, and foreigners buy new ones.

Ural is a great option for lovers of reliability and not fast driving, as well as functionality. It is perfect for city and countryside driving.