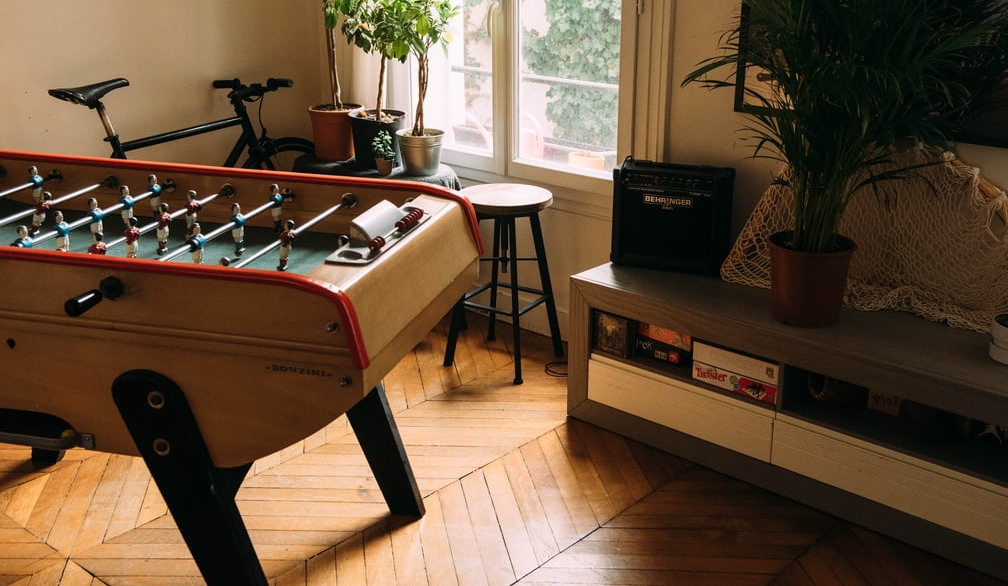 While it was inconceivable to have a game room in any office space until just a decade or two ago, such designated spaces are now quite common and there are several good reasons for using part of office space for fun. Actually, all major and forward-thinking companies are now including game rooms with an aim to boost their employee productivity. Though it may sound illogical to invest in something that doesn’t contribute directly to productivity, many studies and years of experience have proven that game rooms indeed have a positive effect on productivity, as well as some other aspects of employment. So, if you’re thinking about converting an office into the game room, take a look at the reasons why you definitely need to do that.

Game rooms bring people together, including those who might not normally socialize or interact in any way. This means that your company culture will thrive, because you’ll have people interacting, getting to know each other and relieving stress, all at the same time. Another benefit is the boost their morale will get, since a team’s energy and engagement outside of formal meetings are the most accurate predictors of productivity. On top of all that, the communication between members of different teams will surely improve, which can only reflect positively on the employees’ productivity.

Most people spend many hours sitting and staring at various screens. This has adverse effects on their health, which is why taking regular breaks is of utmost importance. If those breaks allow people to be physically active and/or take their mind off work for a while, they’ll be able to replenish their energy levels much faster. A game rooms is definitely something that can help them with that, especially if you also allow your employees to enjoy some healthy snacks and drinks, which would help them remain focused. Avoid offering unhealthy snacks and soft drinks, but opt for fruit, nuts and a modern gaming energy drink. This type of refreshment will not only help everyone stay healthy, but it might even inspire some employees to change their dietary habits at home.

Catering to every need

Not all employees are interested in arcade games, for example, which is why you need to have a wide range of games on offer in your game room. Some would prefer boardgames, while others would rather enjoy a short ping-pong match. Typically, such rooms include a selection of various games that can cater to everyone’s taste. Ideally, you would want your employees to engage more in games that require your employees to get up and move, such as ping-pong, foosball and billiards. So, why don’t you organize a tournament? The competitive spirit will be high and the positive atmosphere will be reflected in everyone’s productivity.

Allowing your employees to have fun and relaxing breaks in your game room has other important benefits to your company. To begin with, it improves the quality of workplace, which is something that significantly reduces absenteeism. Also, employee turnover is much lower in a company that provides a better place than the competition, since office perks are known to give an edge and increase loyalty.

While these are benefits that can be easily quantified, we should also mention one that is not so easily measured but is perhaps even more important. Namely, people who have an opportunity to unwind at work are less stressed and we know that stress is a common cause of diminished mental vigor, emotional imbalance and health.

What can be easily quantified, though, is the health care cost. With employees boasting healthy minds and bodies, their absenteeism will be lower and so will their health care costs. Apart from having people who will be happier and more relaxed at work, you’ll notice that frustration and anxiety will be much lower, since people will be able to channelize negative energy in a playful way.

You may find it surprising that a game room could have such an impact on the wellbeing of your employees and, consequently, on productivity, but we assure you that it’s not just a fad. After all, we wouldn’t have all those successful companies which have introduced similar places for their workers. They have recognized the importance of allowing employees to relax and have fun at their workplace and are quite confident that the investment is paying off. Needless to say, your most valuable asset are your employees and helping them stay mentally and physically healthy should always be your priority. A game room is one of the best ideas to help you achieve that goal, but only if you introduce games that people actually like. It’s not a big investment money-wise, but it’s benefits are more than obvious. So, why wouldn’t you reap them?