During COVID-19 the government ran what turned out to be a giant real-world experiment into what happens when you boost someone’s unemployment benefits and free them of the “mutual obligation” to apply for jobs.

From Thursday April 1 they will also be subject to much more demanding work tests, having to show they have applied for a minimum of 15 jobs a month[6], climbing to 20 jobs a month from July 1.

On top of that[7] the government has announced

They are the sort of “mutual obligations” that were scrapped while JobSeeker was doubled.

Read more: Australia has a long history of coercing people into work. There are better options than 'dobbing in'[8]

Yet the government’s natural experiment where they doubled benefits and freed recipients of “mutual obligations” provides us with an opportunity to examine how a more generous approach affected recipients and whether, as the government says, a tougher approach is needed in order to compel people to work[9].

During last year’s more generous approach, we conducted an online survey[10] of JobSeeker recipients and found that (contrary to what appears to be the government’s expectation), it was helping get people into work.

Freed of “mutual obligations”, many were able to devote time to reengaging with the workforce.

As one respondent said,

I was able to focus on getting myself back into the workforce. Yes, mutual obligation activities PREVENT people from being able to start a new business or re-enter the workforce as an employee

And the extra income freed recipients to do things that would advance their employment prospects; either through study, through properly looking for work, or buying the tools needed to get work.

I could buy things that helped me with employment — equipment for online work, a bicycle for travel, a proper phone"

An Australia Institute review[11] of unemployment payments and work incentives in 33 OECD countries found something similar — that higher payments correlate to lower unemployment.

Another respondent said the suspended mutual obligation requirements made it easier to care for an elderly parent during pandemic and their recovery from major surgery.

Another said she had been able to focus on her health needs and her children.

People on social security are often accused of being dependent on welfare, but it’s often the economy and society that are dependent on their unpaid labour.

Yet (except for during the worst of the pandemic) these people have been denied a safety net that ensures their survival. 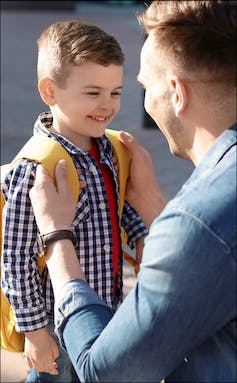 The inadequacy of payments goes to a major and enduring flaw in the Australian social security system — its inability to recognise all of the productive activities people undertake, including unpaid care [13] largely undertaken by women.

The decisions the government took during 2020 made a major difference to the lives of people outside the formal workforce.

They enabled them to turn their attention away from day-to-day survival towards envisioning and realising a more financially and emotionally sustainable future for themselves and their dependants.

The flow-on benefits, to all of us, ought to be substantial.

If it was, it would examine the findings further, but they don’t seem to be on its radar.