Highly skilled Black African professionals report experiences of racial microaggressions at work are common and are expressed in a variety of ways. My recent study[1] published in the British Journal of Social Work has found workplaces can be “battlegrounds for racism”.

Microaggressions[2] are defined as:

…brief and commonplace daily verbal, behavioural and environmental indignities, whether intentional or unintentional, that communicate hostile, derogatory, or negative racial slights […] put-downs, or a pattern of disrespect.

Racial microaggressions in the workplace generally take covert or subtle forms, and may be conceptualised as “everyday” or “passive” racism that serve to invalidate or inferiorise the expertise of Black people while positioning white expertise as the standard of “best practice”.

I interviewed 27 Black African professional, most of whom held senior roles working in medicine, academia, nursing, teaching, banking and finance, IT, engineering and social work.

The participants reported feeling the workplace was a site of constant surveillance and scrutiny, where they were often assumed to be “out of place”.

When (I) report to work […] I will introduce myself… [and say] I am so-and-so and I am working in this ward this afternoon or this morning or this night. They (would) already know… that there is a registered nurse coming. But you still find them questioning, which I don’t see happening – with Caucasian nurses; but they will question me two or three times. And even to make sure that I am [a] registered nurse, they will check my badge to see if my initials read ‘registered nurse’, so I still feel like they do not believe me.

Mukisa, a medical doctor, said when he moved to a regional town, patients would ask not to be treated by him.

The issue was at work [was] patients were refusing to see me because I am Black […]. It was a long time just adjusting, so I had to prove myself to be that kind of a doctor I am […] it took about 12-18 months to really prove that I had the skill that was equivalent with my colleagues or better than my (white) colleagues, so it takes that long. I always say if you are an African, you need to do things ten times better than the locals. 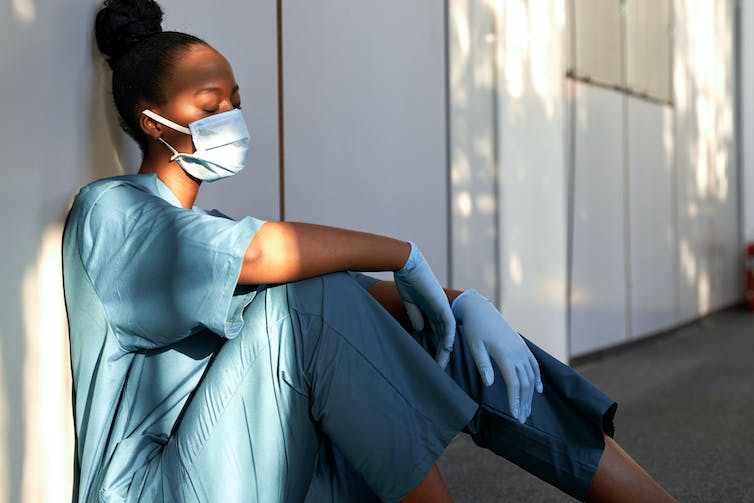 Many of our interviewees described having their professional competence scrutinised and questioned at work. Shutterstock

The patterns of racial microaggressions at work

John, a senior finance expert described how the subtleness of racial microaggressions contributes to the difficulty of “naming the problem.”

There are some subtle discriminatory behaviours (in the workplace). They are so subtle that sometimes you question your mind whether, ‘Am I really seeing these or not?’

Unlike explicit racism, which is obvious and can be easily named, racial microaggressions are benign, hidden and implicit, and therefore harder to “call out” or decipher.

Sometimes somebody says something (at work), you think, ‘Oh! Is this because I am African?’ and it just brings that extra pressure [to constantly prove yourself] even when people do not [mean it] negatively.

Vera, a senior social worker, spoke of being left out of workplace group activities, such as an instance when a card being signed for a colleague’s baby shower was passed to everybody except to her. 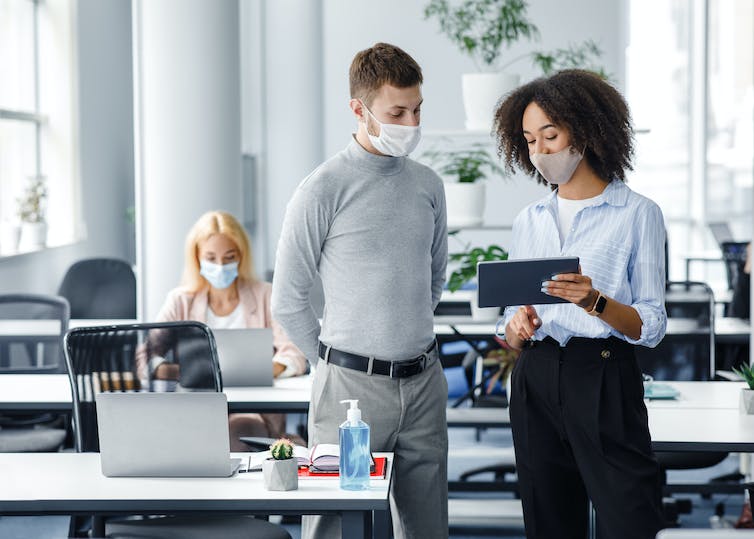 Some participants in the study reported having to contend with the assumption Black people in senior positions are hired to fill a ‘diversity quota’. Shutterstock

Microaggressions are also expressed when experienced and highly qualified people of colour are passed over for promotions or to backfill senior positions when an opportunity was present. Julie said:

[…] those opportunities are not very easily given to people of colour unfortunately. I can tell you this, many a time you find [white] people coming from other places to come, fill that position for a month, and go back while you were there, and you are thinking I could do this role.

So, it tends to make you feel not valued and you kind of resolve back to doing the bare minimum because you feel like you may not want to do more because there is no reason for you to do that.

Some reported having to contend with the assumption that Black people in senior positions are hired to fill a “diversity quota”, not due to their qualifications and expertise. Awinja recalled an instance where she and a colleague of colour were told by a Caucasian colleague:

You are very lucky to be be managers … in this organisation’ […] I said, ‘Are we lucky or are we skilled?’ Right now, it is much better than it was before. In the beginning, I think, they saw me as an African or a CALD (culturally and linguistically diverse) person who had just been given a job.

The assumption is that their employment is an undeserved favour and not one that has been earned through merit. 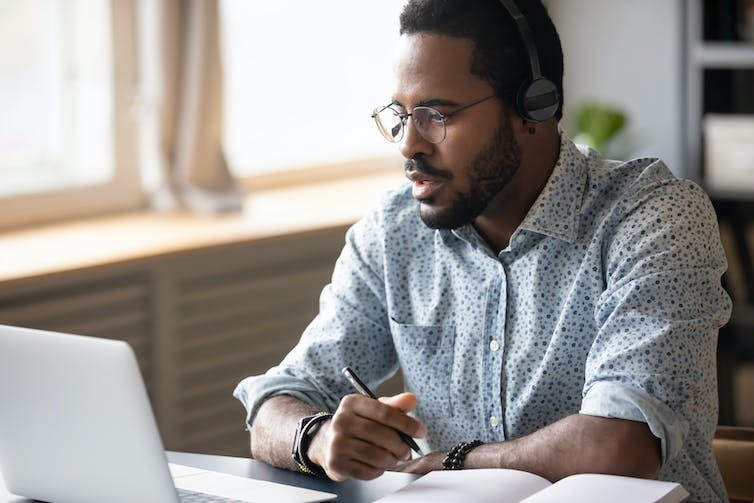 Some interviewees told us they suspected others didn’t take what they said seriously. Shutterstock

‘As soon as they hear you speak’

Microaggressions are also enacted on accents, whereby African accents are considered undesirable in the workplace. The inability to speak colloquial Australian English often disadvantages them because racial stereotypes can summoned through speech.

Banji, a senior academic, reported instances in which:

… you may be speaking in a meeting, and because your accent is African, you can tell that as soon as they hear you speak, … they are quizzical. Looking at some people’s faces, sometimes you just get a sense that they are not taking what you are saying as seriously.

Accent discrimination[3] is a well-documented phenomenon[4] that closes economic doors – especially for immigrants of colour, where English is not their first language. 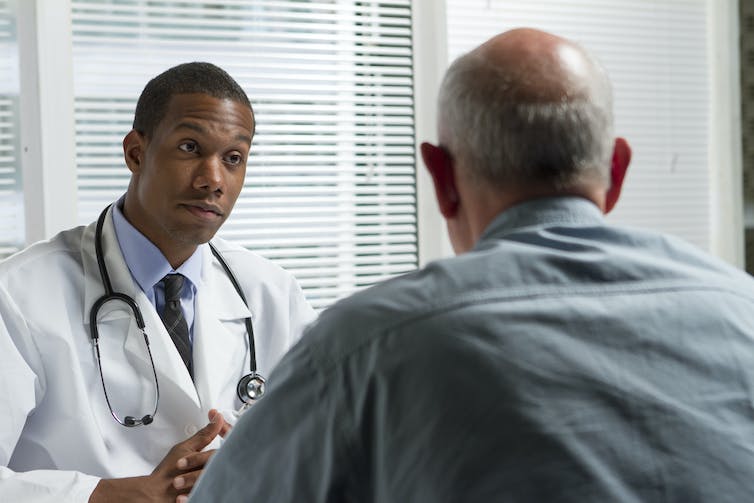 Findings from this study reveal the often-accepted narrative of “race-free” workplaces is not supported by many Black African immigrants who report constant, subtle, and covert patterns of racial microaggressions in the workplace.

In their paper Blackness as Burden? The Lived Experience of Black Africans in Australia[5], researchers Virginia Mapedzahama and Kwamena Kwansah-Aidoo wrote that, for Black people in Australia:

Their [Black] skin, which follows them everywhere, causes them to be seen and treated in negative ways that often causes them discomfort.

This study, which revealed many Black African professionals experience the workplace as a battleground for covert and overt racism, builds on a growing body of research suggesting race complicates the professional identities of Black professionals in Australia – in ways not experienced by their white colleagues.

*Names and identifying features in this article have been changed to protect anonymity.