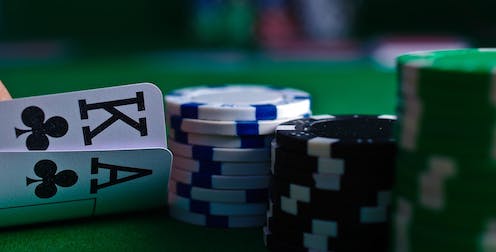 Private equity companies generally have a reputation for buying “distressed assets” at bargain prices, squeezing as much cash out of them while making them look as profitable as possible, then selling out for a huge profit.

But the takeover of Australia’s disgraced casino operator Crown Resorts by US private equity behemoth the Blackstone Group may be the best option available to Crown’s shareholders, the governments that benefit from gambling revenue, and the community that suffers the consequences of problem gambling.

The board of Crown Resorts has recommended Blackstone’s A$9 billion offer for total ownership, subject to approval from the federal Foreign Investment Review Board and state gaming regulators in New South Wales, Victoria and Western Australia.

The astonishing ethical and moral depths Crown plumbed in its pursuit of profit means that this may be one of those rare occasions where private equity’s financial and (particularly) non-financial engineering leads to a net positive outcome for the wider community.

Private equity companies raise money from private investors to buy undervalued and often distressed businesses to nurture back to commercial health before exiting at a profit.

Private ownership can be advantageous for a struggling company because it removes the regulatory and other distractions that come with being a listed public company. It means management can make decisions without worrying about short-term stock price fluctuations, for example.

Blackstone’s takeover of Crown Resorts is not a typical private equity transaction; Crown’s problems arose from moral, not financial, bankruptcy.

Notwithstanding the impact of the pandemic on casino profits – in particular the loss of foreign high-rollers – Crown has been consistently profitable. But its licences to continue to rake in those profits are under a cloud.

It lambasted senior executives for being “indifferent to their ethical, moral and sometimes legal obligations”, and the board for failing in its prime responsibility to ensure the company “satisfied its legal and regulatory obligations”.

This included facilitating the laundering of millions of dollars and ignoring its problem gambling obligations. Its claim to have a “world’s best approach to problem gambling”, Finkelstein said, could not “be further from the truth”.

Read more: Responsible gambling – a bright shining lie Crown Resorts and others can no longer hide behind[2]

It is hard to imagine a more damning indictment.

Blackstone’s priority, therefore, will be to repair Crown’s many regulatory inadequacies, and deeply tarnished reputation, away from the gaze of shareholders, the media and investment bank analysts.

Blackstone has extensive experience in “flipping” hotels and casinos.

For example, it acquired the Hilton hotels empire[3] in 2007 and exited 11 years later, making a $US14 billion profit. Last year it sold The Cosmopolitan of Las Vegas for US$5.65 billion[4], seven years after buying it for US$1.8 billion. It is in the process of exiting its investment in Spanish gambling company CIRSA[5], which runs casinos and betting shops across Spain and Latin America.

Crown Resorts’ shareholders, meanwhile, are over a regulatory barrel.

The company’s licence to operate its brand-new Barangaroo casino is suspended. Its Victorian licence is on probation[6], with a requirement that Packer reduce his 37% stake (through his company Consolidated Press Holdings) to 5%.

Read more: How Sydney's Barangaroo tower paved the way for a culture of closed-door deals[7]

Existing casino operators would have been averse to tarnishing their reputations by buying into Crown, given its outstanding regulatory problems. Correcting its myriad problems can be expected to raise Crown’s costs (especially compliance costs) and cut its revenue (fewer high-roller junkets) – reducing its profitability and, hence, investor appeal.

If Blackstone can oversee Crown’s rehabilitation from regulatory pariah, it has the opportunity to profit from the ultimate corporate redemption story.

Crown Resorts’ new casino in Barangaroo, Sydney. All it needs now is a licence to operate. Dan Himbrechts/AAP

Crown doesn’t need money, so Blackstone’s main role will be rehabilitating its brand and corporate credentials with regulators and, hence, the investment community.

It can then be expected, after a polite interval, to sell Crown either to a global casino operator via a trade sale, or to public investors via a refloat on the Australian Stock Exchange.

One of the criticisms often made of private equity firms like Blackstone is that they aggressively (but legally) minimise their tax obligations. In the case of a casino, tax obligations should be harder to avoid since they are calculated on the basis of revenue received rather than reported profit. (That said, the Victorian Royal Commission did find Crown Resorts had avoided $200 million in tax, of which the company has since repaid $61.5 million).

But so long as Blackstone follows the rules, particularly those to do with policing problem gambling, there’s a chance it could serve shareholder interests while minimising the social harm casinos tend to visit on the communities in which they operate.