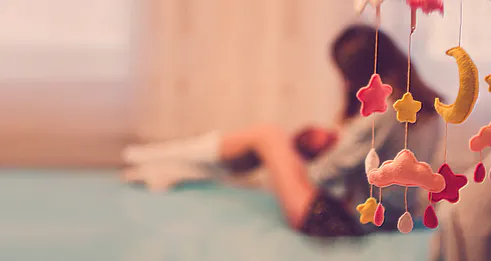 On Monday “mutual obligation” was switched back on[1] for programs such as ParentsNext.

Other than in Victoria, parents who do not meet these requirements without a valid reason can have their payments suspended.

The “big stick” of suspension was present right from the beginning of ParentsNext as a pilot program[2] aimed at helping teenage mothers, although it was wielded gently.

Mothers were required to take part in activities that would prepare them for work (and in some cases parenting) such as resume writing classes, vocational training and taking their children to libraries.

The evaluation merely noted that non-compliance “could potentially have resulted in the parents’ income support payments being suspended”.

When the pilots were declared a success and the program was taken national in 2018, it came with a more rigid Targeted Compliance Framework[3] that hadn’t been tested.

Service providers, engaged to help participants, were also required to monitor and record their compliance with requirements which would move them through zones, the “green zone”, the “warning zone” and the “penalty zone” mediated with demerit points.

If a participant’s parenting payment was cancelled, they had to serve a four-week preclusion period before they could be paid again.

A parliamentary inquiry[5] found that by placing conditions on the social security of parents and potentially reducing their income, the program did not appear to consider the best interests of children.

The Australian Human Rights Commission[6] said the compliance framework allowed social security to be reduced below the minimum level essential for parents caring for young children.

In the first six months, one in five[7] participants had their payments suspended. Among Indigenous parents, it was one in four.

Providers themselves[8] complained that the emphasis on compliance prevented parents from fully benefiting from the program.

Parents were having to choose between using petrol to take their children to school and saving it to come to appointments.

The ABC[10] and Guardian[11] reported on the case of “Sue”, an Indigenous woman who took on seven children after her sister was murdered by an estranged partner.

She was placed on ParentsNext and her parenting payments were cut off multiple times, usually because she was unable to attend appointments.

The worst bit is back 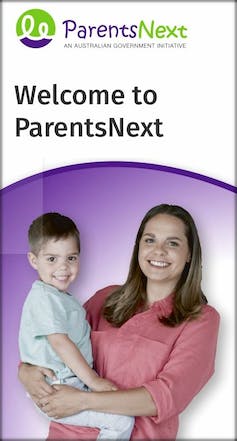 ParentsNext as described to parents[12] In August last year the government rejected[13] recommendations from the parliamentary inquiry[14] that ParentsNext should not continue in its present form and that participants who miss their first appointment should be given an opportunity to address their failure before their payments were suspended. But in March COVID-19 forced it to temporarily lift[15] the mutual obligation requirements. Once connected with your provider, “all future appointments and activities” were voluntary. Until this week. Now ParentsNext participants will still be able to meet with providers over the phone or online, but they will be required to participate in activities and report online to demonstrate they have done so. It means little has changed. My scans of ParentsNext Facebook groups tell me parents are once again stressed-out about the reporting requirements and the threat of losing their payments. It needn’t be this way. The good things about ParentsNext continued while the mutual obligation requirements were put on hold. Read more: After Robodebt, it's time to address ParentsNext[16] For some parents the contacts and confidence provided by the training programs are valuable, although much less so[17] when they are linked to burdensome and punitive obligations. Other parents aren’t ready for paid work. The COVID schools closures have reminded us that parenting is itself work. A better program could be designed in partnership[18] with the parents it is meant to help.