No one did a cost-benefit analysis before accepting Tasmania into the Commonwealth. Should the Australian Football League do the same?

Tasmanians have pushed for their own AFL team since the 1980s, when the Victorian Football League first accepted interstate teams (beginning with the West Coast Eagles and the Brisbane Bears) into the fold, then rebranded as the AFL in 1990.

Non-Victorian teams now comprise almost half the competition – Western Australia, South Australia, New South Wales and Queensland each having two teams. But bids from Tasmania – which established its first local Australian Rules football league in 1879 – have been rebuffed.

The state was regarded as too small, too poor and a “captured” market not worth giving a licence to. The AFL instead focused on the non-traditional AFL states of NSW and Queensland, and their larger TV audiences. The last two teams, the Gold Coast Suns and Greater Western Sydney Giants, were added to the league in 2011 and 2012 respectively.

Tasmanians have had to make do with a few “home” games being played in Hobart and Launceston by the North Melbourne Kangaroos and Hawthorn Hawks – for which the Tasmanian government has paid about A$8.5 million a season[1].

It’s time for the AFL to consider adding a Tasmanian team.

The “spiritual” or emotional case for Tasmania has always been strong.

The game between Hawthorn and Essendon in Launceston last Sunday[2] – watched by a capacity crowd of about 15,000 – demonstrated local enthusiasm for the game. Tellingly, though, there appeared to be more Bombers fans despite it technically being a Hawks home game. It showed Tasmanians have not warmed to the Hawks or Kangaroos as their own. 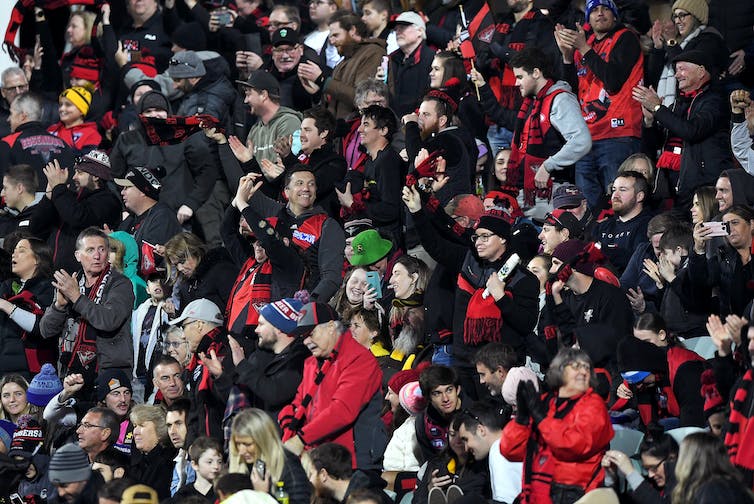 Spectators at the AFL match between the Hawthorn Hawks and Essendon Bombers at University of Tasmania Stadium in Launceston on Sunday, June 20 2021. Dave Hunt/AAP

Why should Tasmanian taxpayers pay for Hawthorn and North Melbourne to play in Launceston and Hobart respectively when they could have their own team?

Tasmania has changed. Its economy has improved and its population is growing. Attractions such as the Museum of Old and New Art (MONA) and the Dark Mofo Festival symbolise its confidence. In the decade since MONA’s establishment, visitor numbers to Tasmania[3] have grown about 45%, and the amount they spend by about 60%.

The Tasmania government established a task force in 2019 to develop a business case for a local AFL club. Chaired by former Virgin Australia chief executive Brett Godfrey, the endeavour was intended to support the AFL granting such a licence. The plan was presented to the AFL in February 2020[4]. 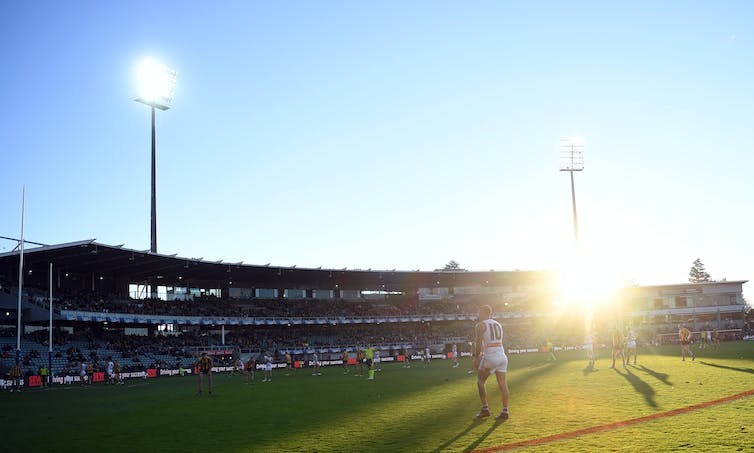 The task force suggested a Tassie team could feasibly rely on a support base similar to the successful Geelong Cats, or to the National Rugby League’s North Queensland Cowboys in Townsville.

Geelong’s population is about 265,000[5]. Townsville’s is about 196,000, with the population of northern Queensland being about 510,000. Both the Cats and Cowboys attract crowds and TV audiences higher than their league averages.

A good international example of the potential of a “small town team” comes from Wisconsin and its National Football League team, the Green Bay Packers.

Green Bay, with a population of about 325,000, is just the third-biggest city in Wisconsin (after Milwaukee and Madison). Yet the Packers have won more NFL championships (13) than any other team. 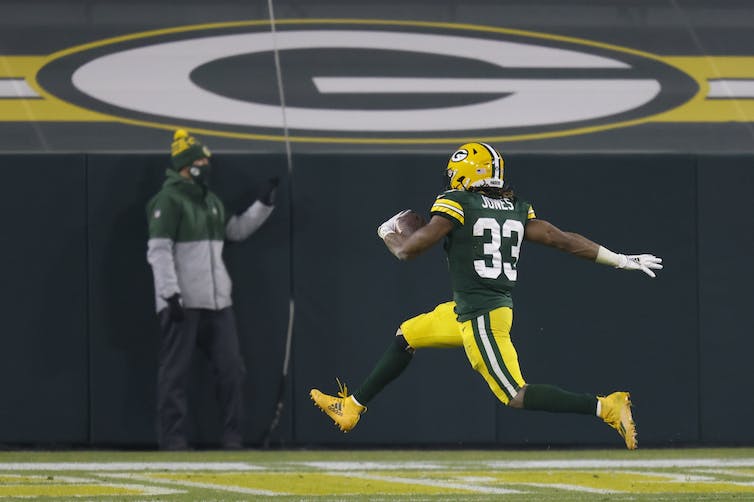 Green Bay Packer Aaron Jones running for a touchdown in a game against the Carolina Panthers on December 19 2020. Matt Ludtke/AP

Granted, the Packers are the only NFL team in Wisconsin (population about 5.8 million). But compare that to the combined populations of New York and New Jersey (about 28 million) supporting three teams, or California (40 million) also with three teams. The Packers are among of the NFL’s top 10 most watched teams, attracting an average TV audience of about 15.5 million[6].

In the unusual economics of sports there are good reasons to look beyond the business case to the social case.

Sports competition is not pure competition. The AFL intervenes in multiple ways to create a level playing field. For example, it caps the amount teams can spend on salaries, and gives the teams that perform badly one season better draft picks in the next. “Football socialism” is what former Carlton president John Elliott called it.

Would the AFL Women’s League (AFLW) have been established on purely economic grounds? Probably not. But there have been good reasons to subsidise its creation. Among other things, it has helped boost female participation in sport and strengthened grassroots footy clubs through having both girls’ and boys’ teams. In the long run the AFLW could also well bring in economic benefits. 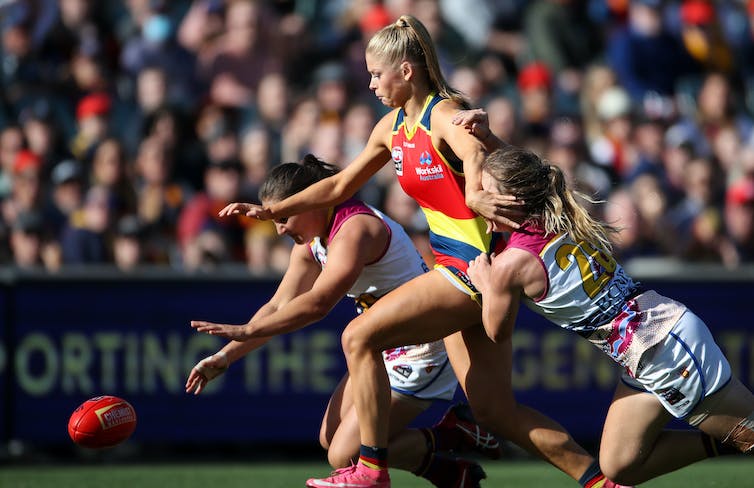 Ashleigh Woodland of the Adelaide Crows competes against Breanna Koenen and Shannon Campbell of the Brisbane Lions during the AFLW 2021 grand final at Adelaide Oval on Saturday, April 17 2021. Matt Turner/AAP

Moreover, if the AFL designed a national competition from scratch, would anyone think it economically viable to have nine of the 18 teams based on suburbs within 10km of the Melbourne CBD?

Preserving the Victorian Football League’s clubs as much as possible wasn’t about cost-benefit analyses either. It was an emotional case too.

So the business case is important, but let’s not dismiss the other reasons for a club that would bring the AFL one step closer to truly being the national game.