Nayib Bukele, president of El Salvador, has got himself a pair of laser eyes – on his Twitter profile at least.

Laser eyes are something social media users give themselves to show they love cryptocurrency – and Bukele proved his crypto-enthusiasm last week by having El Salvador become the world’s first nation to make Bitcoin legal tender.

El Salvador’s parliament passed Bukele’s proposed legislation on June 9, after he announced his plan just a few days earlier. The law will take effect in September.

Some Bitcoin fans have leapt on this as a step towards much broader acceptance[1]. But the changes in Bitcoin’s market value since Bukele announced his plan gives crypto-sceptics reason for doubt. 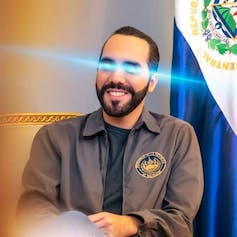 Such fluctations show Bitcoin’s weakness as a viable alternative to central bank currencies – good only for transactions you don’t want traced and as a speculative investment.

So what is Bukele thinking in wanting to make Bitcoin legal tender for the small central American nation (population about 6.5 million) whose economy accounts for less than 0.05% of global GDP?

What does ‘legal tender’ mean?

Before we get to that, let’s clarify what making Bitcoin legal tender means.

Using Bitcoin is already legal in El Salvador, as it is in most countries. If you want to pay for something in bitcoins, and the recipient is willing to accept them, it’s all good.

Making bitcoins legal tender mean a payee will have to accept them. As the new legislation states[4], “every economic agent must accept Bitcoin as payment when offered to him by whoever acquires a good or service”. 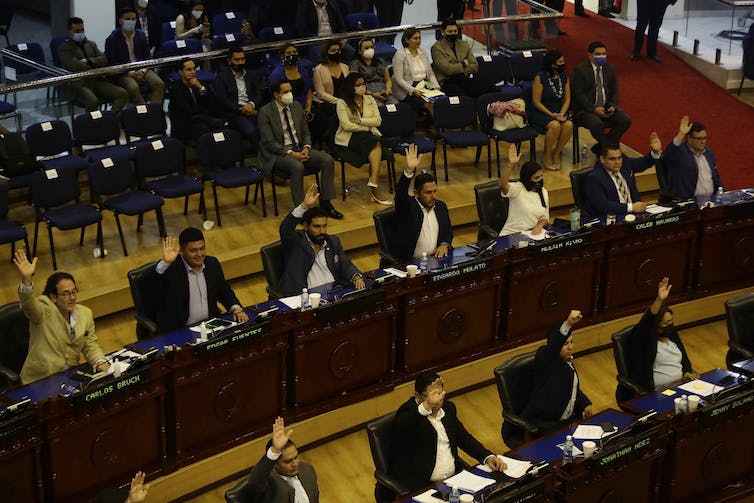 El Salvador making this move isn’t as significant as it would be for most nations, because it is one of about a dozen countries – most of them micro-states such as Andorra and Nauru – without its own currency[5] (or a common currency such as the Euro).

El Salvador abandoned its own currency (the “colon”, named after Christopher Columbus) in 2001 and adopted the US dollar as its legal tender. This process of “official dollarisation” was seen as a reform that would curb inflation[6] and increase trade with the US (by far its major trading partner).

So El Salvador has less to lose than other nations in adopting a second currency as legal tender. There is no controversy about losing sovereignty and monetary policy autonomy. There will be no loss of “seignorage” – the profit made on issuing currency that’s worth a lot more than the cost of making it.

But having two legal tenders will complicate matters – particularly when one of those currencies is subject to wild swings in its value.

Consider the provision in the new law that “all obligations in money expressed in USD, existing before the effective date of this law, may be paid in bitcoin”.

Even that is complicated. How, and by whom, will the amount of bitcoins necessary to pay a debt be determined? Will it be based on the Bitcoin price at the time the debt was incurred, or when the debt falls due?

The difference of even a few days could be significant. 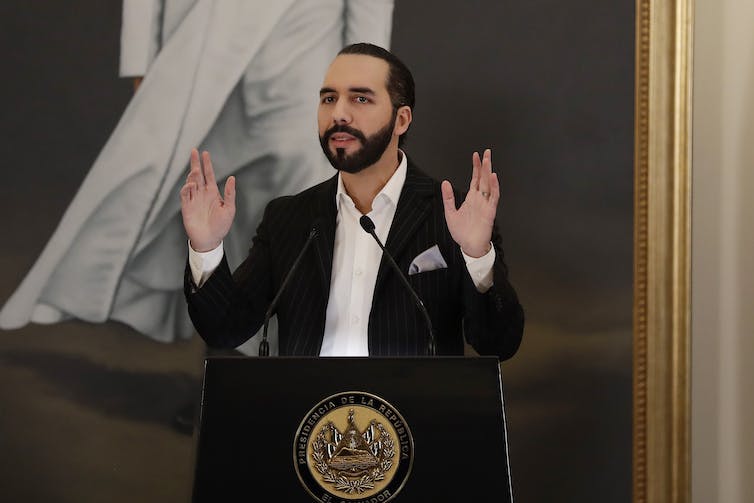 Things would have been simpler if El Salvador had adopted a “stablecoin” whose price is fixed at one US dollar – such as Tether, the third-largest cryptocurrency.

But that would have not been nearly so newsworthy, and would have defeated the apparent reason Bukele has championed this move.

Bukele’s reasoning, delivered via Twitter on June 6, is that Bitcoin has “a market cap of US$680 billion” and:

If 1% of it is invested in El Salvador, that would increase our GDP by 25%.

This argument – which appears to be the only “analysis” Bukele has made public – seems very confused. 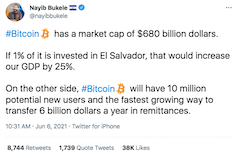 Market capitalisation typically refers to a listed company’s valuation, based on multiplying the share price by the number of shares. The $US680 billion Bitcoin market cap Bukele referred to represents the currency’s market value multiplied by the number of bitcoins created so far. (For comparison, the market cap of Tether’s 63 billion coins in circulation is US$63 billion.)

But it is flawed logic to think Bitcoin’s total market value equals money bitcoin owners around the globe are looking to invest anywhere.

In very few cases do people buy bitcoins to invest in other things. Bitcoins are their investment. Neither major funds nor average punters holding bitcoins are likely to want to start investing in El Salvador.

Nor is foreign investment a component of GDP (which is the value of market transactions in an economy). Foreigners using bitcoins to buy assets such as land in El Salvador would bid up its price but not necessarily increase GDP. A surge in foreign investment into new infrastructure and businesess that increase productive capacity would contribute to GDP, but there’s no reason to think giving Bitcoin legal tender status will make this more likely. 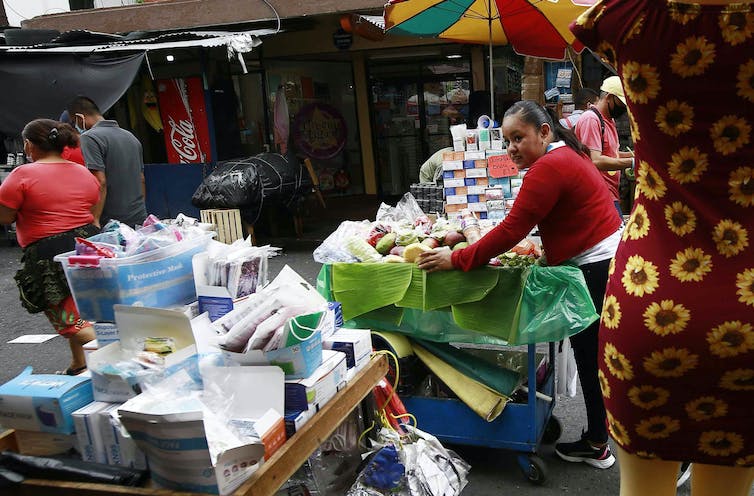 A street market in San Salvador, the capital of El Salvador. It’s questionable that buyers and sellers of most goods and services will want to use Bitcoin. Miguel Lemus/EPA

A second reason given by Bukele is that Bitcoin “will have 10 million potential new users” and is “the fastest growing way to transfer 6 billion dollars a year in remittances”.

This apparently refers to both the population of El Salvador (about 6.5 million) and Salvadorans living abroad, many of whom send money home to help their families. In 2020 these remittances totalled US$5.9 billion, or 23% of El Salvador’s GDP[8].

While any cryptocurrency can well facilitate more efficient transfers (without the charges banks impose), the significance of remittances to the Salvadoran economy points to another issue. El Salvador is a poor country, with one of the lowest rates of internet use in the Americas – 33% in 2017, according to World Bank data[9].

How many vendors, street hawkers or farmers are equipped to handle cryptocurrency transactions? US dollars will more than likely remain the default currency.

The benefits of making Bitcoin legal tender are far from clear. El Salvador is already facing higher interest rates as international investors are worried about the move[10]. There are concerns wider use of Bitcoin will facilitate the black economy and make tax avoidance easier.

So this is a great experiment[11].

For the sake of El Salvador’s people, let’s hope it is successful. But the odds are on it being further evidence of the cryptocurrency’s unsuitability for use as a real currency – confirmation that Bitcoin is nothing more than a speculative gamble.