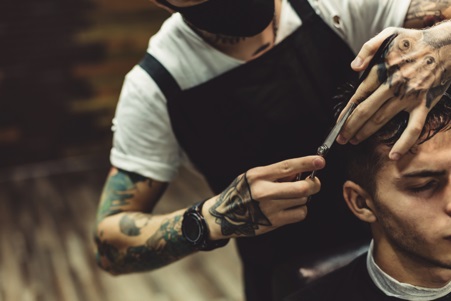 On the eve of the June long weekend, an industry association has released data that reveals the prevalence of employee sick leave around public holidays – with 85 per cent of organisations impacted by the problem, which is more significant within the bigger companies.

The Australian Payroll Association (Australian Payroll Association) – Australia’s leading network for payroll training, consulting and advisory – surveyed 601 payroll managers across the country’s big and small businesses, and across myriad industries. The survey was to gauge how often employees took sick leave around public holidays, including last Easter and Anzac Day, as well as the Christmas holiday period.

The problem was particularly acute over the last Easter and Anzac Day period, with 26 per cent of organisations seeing at least 10 per cent of their staff taking sick leave during this period.

Retail and education most impacted

The Australian Payroll Association compared the figures across eight industries: manufacturing, retail, healthcare, education, IT, finance, professional services, and building and construction. It found that the industries seeing sick leave around public holidays were in education (94 per cent of organisations), healthcare (91 per cent of organisations) and retail and eCommerce (89 per cent).

Are employees misusing their sick leave?

The survey asked payroll managers the reasons that employees give for sick leave. Many said most of the reasons seemed genuine, such as the standard gastro and vomiting.

However, many also said that employees have called in sick when they had a health- or child-related appointment, or a sick pet. One payroll manager said, “We have a cultural issue around misuse of sick leave entitlements.” Another said that employees “just take the 10 days a year as an entitlement”, with another payroll manager reiterating this as an issue at the organisation they work at. Another said that their employees “are under the impression they are entitled to paid carer’s leave” when they need to simply look after their children at home.

Tracy Angwin, CEO of the Australian Payroll Association, says: “Who better to ask about sick leave than payroll managers – the very people who need record it across our workforce? It’s interesting that several payroll managers revealed they don’t see sick leave taken very often, as their organisation has a policy requiring employees to obtain a medical certificate if they take a sick day. It is perfectly acceptable for employers to have such a policy.

“Sick leave – now classified as personal/carer’s leave – gives each employee 10 days of paid leave a year. This entitlement is specifically for unplanned personal illness or injury that leaves the employee unfit to work. It excludes days off for elective surgery, planned medical procedures, or sick pets, which should be taken as annual leave.

Carer’s leave is part of the 10-day paid entitlement. It can only be used if an employee is required to look after a sick immediate family or household member: their spouse, de factor partner, child, parent, grandparent, grandchild or sibling (including the equivalent in blended families), or any household member.”