With the government facing a serious backlash[1] over its public sector wage freeze policy, that sound you hear could be the ghost of Rob Muldoon chuckling. 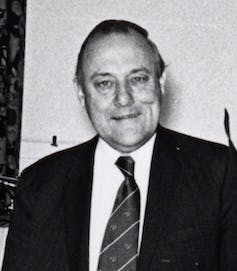 That didn’t stop him using them, but not even he would have contemplated what the current Labour government has announced.

Targeting only public servants earning over NZ$60,000, for three years and with no apparent provision[4] for inflation or cost of living increases, would have been anathema to Muldoon.

He wouldn’t have fancied the odds on inflation and the consumer price index staying stable for that long — or the risk of political blow-back if he got it wrong. But that’s the bet today’s government has made.

In fact, there’s no consensus on how inflation, interest rates and capital movements will evolve over the next three years. No one wants inflation to take off, but rocketing house prices[5], rent increases[6] and rising construction costs[7] are already eroding real incomes.

Of course, Muldoon was operating in a very different economic era. He had inherited post-war legislative machinery[8] that allowed for strict command and control of the economy — although it wasn’t popular even then.

In the late 1960s, when the then powerful Arbitration Court issued a “nil general wage order” – that is, a pay freeze – there was resistance and upheaval. Muldoon crafted legislation to make the controls more palatable.

It was a tool he would resort to again, near the end of his time as prime minister, when he introduced price and wage freezes[9] in 1982, 1983 and 1984. Given they were one of the reasons he lost his grip on power, perhaps we should ask what other lessons might be learned from the relatively recent past.

What about other options?

Like Jacinda Ardern, Muldoon mastered the media. When challenged politically, he would take his case to the country and argue for what he said were the necessary actions.

Something similar should be easy these days, given the world is in unprecedented[10] economic times and public debt close to 100% of global GDP[11]. By comparison, New Zealand’s situation is relatively good. But public debt is still running at $103.3 billion, or 32.6% of GDP — an annual increase of 73%. Also thanks to COVID-19, the economy shrank by 2.9%[12].

Most people understand why the debt increase has been necessary, they generally don’t begrudge it, and can see the point of reducing it over time. They might also know short term pay freezes have been introduced in Britain[13] and parts of Australia[14].

Read more: If New Zealand can radically reform its health system, why not do the same for welfare?[15]

But they will also know that, compared to others, New Zealand is well placed to bounce back — at 4.7%[16], unemployment is relatively low, and the economy is performing better than expected[17].

All of which raises some obvious questions about the public sector pay freeze. Why isn’t growing our way out of debt enough? Why is New Zealand seemingly the only country locking in such long term pay-freeze plans? And why wouldn’t a small tax increase, shared equitably among all citizens for a short period, be a better option?

Great fanfare has been made out of the “team of five million[18]”, but only one part of the team is being asked to endure a long term pay freeze.

When Muldoon applied his controls to the economy they applied, more or less, to everyone. The 1968 general wage order covered all workers linked to union awards — at that time the vast majority.

Similarly, the wage and price freeze in the early 1980s covered everyone. Being in the public or private sector did not matter. So why the discriminatory focus in 2021?

Read more: Why now would be a good time for the Reserve Bank of New Zealand to publish stress test results for individual banks[19]

Muldoon also used safety nets with his wage freezes. First, the restrictions were short-term measures, more like six months than three years, and he revisited and adjusted them as required.

Second, to ensure frozen wages weren’t trumped by inflation, he controlled prices[20], either freezing them too, or ensuring wages could rise if inflation did.

For example, the General Wage Orders Act of the late 1960s allowed the Arbitration Court to consider[21] “living standards, so far as it is within the capacity of the economy to sustain such an adjustment”.

By the early 1980s, price controls had become so extensive they included interest rates and rents. Businesses could only raise prices in exceptional circumstances.

Trouble was, it couldn’t be contained. As pressure built in different parts of the economy, controls had to be expanded in all directions.

The government should know a wage freeze – even a limited one like this – is a high risk strategy. It can go badly for those who implement it, just as much as it hurts those on the receiving end.

Furthermore, it can fail politically as much as economically. In both the historical examples used here, there were too many forces at work beyond the government’s control for a freeze to work.

Despite the best of intentions, those blunt command and control policies were ultimately washed out with the governments that introduced them.