As thousands of homes remain underwater in what appears to be yet another historic flood event in New South Wales, insurance companies are being inundated with calls from worried customers. The Sydney Morning Herald is reporting[1] that Insurance Council of Australia has declared an insurance catastrophe following more than 5,000 claims over the weekend.

Flood is the most expensive natural disaster for insurers, and it’s getting worse[2]. The outcome is bad news all round for people living in flood-prone areas (which is, well, a lot of people[3]).

The concurrence of increasing urban development in floodplains, and more intense rainfall events[4] thanks to climate change are creating a perfect storm for insurance risk.

In response, insurance companies are battening down the hatches – often pricing flood insurance at prohibitively high levels[5], and in some cases, making it hard for insured customers to receive the cover they were expecting.

While it is too soon to know the insurance outcome of the New South Wales floods, we can learn from the experience of other flood events.

Read more: Underinsurance is entrenching poverty as the vulnerable are hit hardest by disasters[6]

After an extreme weather event in May 2018 that brought record-breaking rainfall, high winds and flooding to Hobart, I interviewed residents affected by the floods about their experiences of insurance (or of being uninsured).

The stories reveal an insurance system that is not working for far too many people, leading to long term financial and emotional pain.

After a disaster, insurance companies subcontract assessors and tradespeople from across the country to quickly respond to customers who make a claim.

Assessors decide how to categorise the damage. That can involve working out where the water came from, and whether it was contaminated by sewage. This affects their assessment of what should be done with damaged furniture and flooring. 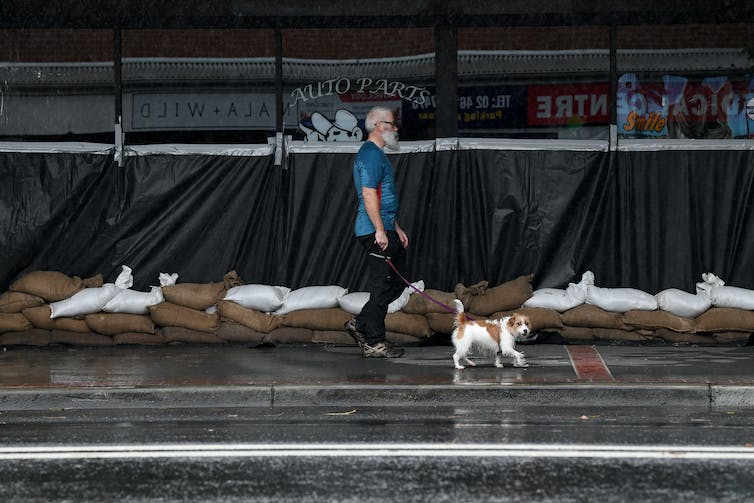 The research reveals an insurance system that is not working for far too many people. AAP/BIANCA DE MARCHI

For insurance customers, it can be hard to get to grips with these technicalities.

Yvette, whose house was badly damaged in the flood, told me about her attempts to navigate insurance jargon, worried that using the wrong terms “might give [the insurer] little loopholes”.

She read the policy document “with a fine-toothed comb” to be prepared with the right (insurance) language to negotiate.

This use of jargon is not serving customers well, and many perceive it as existing to protect the insurers.

People I spoke with described the arrival of multiple assessors sent by insurance companies as “disorienting”.

Often more than ten experts, from hydrologists and hygienists to plumbers and loss adjustors were called into just one property.

As Rowan, an 80-year-old homeowner, told me:

One group would come and say, ‘Yes, your curtains need replacing because of the mould and the smell’. One would say ‘The whole bed base and the mattress all gets replaced’. The next ones would say, ‘No, just the mattress. We don’t replace the base’. So we didn’t really know where we were. 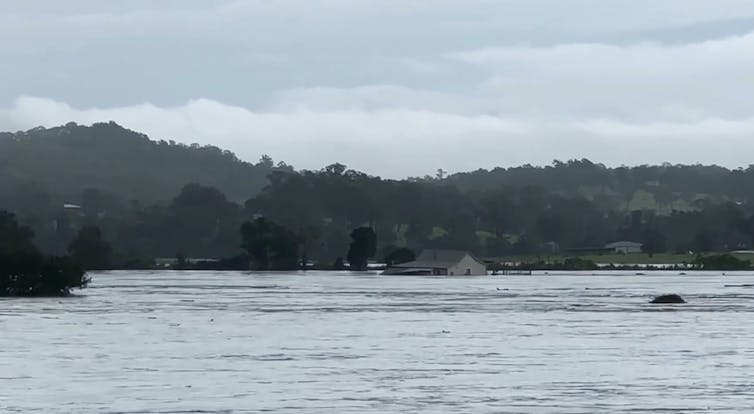 Much of Australia is already underinsured for disasters such as floods and bushfires. CIARA KNOX/AAP

They lost our receipts that we’d sent in three times. [We told them,] ‘We’re carrying this A$2,600 debt and we can’t afford it.’ When I finally contacted them they said they had no record of any of those communications, no record that there’s any internal damage. This hole was in the ceiling, all the doorframes were swollen, [there were] stains on the wall.

While this could be put down to insurers’ systems being overwhelmed by an extraordinary event, it should be noted that these kinds of events are exactly what insurers claim to be prepared for[7].

Other examples[8] suggest that in times of disaster, failures in the insurance claim process may be the norm.

This does insurers themselves little harm — faced with confusion and uncertainty, customers may be willing to settle for smaller claims, or agree to take a cash payout rather than a managed program of works.

Being ‘good at insurance’ is almost a full-time job

Interviewees described their resilience after the flood as dependent on their ability to manage the insurance process.

This meant being constantly available, flexible, and patient over a process that involved “countless hours” over several months. It also meant being able to push-back when offered a lesser outcome than they felt entitled to. As Yvette, told us:

I feel like it takes a lot of assertiveness and persistence to make sure I got what we deserved and needed.

Keeping their own records was important – one interviewee described having compiled a database of more than 150 interactions with insurers or their representatives over the two months since the event.

This gave them valuable evidence in negotiations with the insurance company.

Clearly, not everyone is in a position to take on such a gargantuan task.

The experience of insurance exacerbates a ‘resilience gap’[9] between people who have the time, money and capacity to manage the claims process, and those with existing disadvantage who simply do not.

Much of Australia is already underinsured for disasters such as floods and bushfires[10].

Insurers and governments should consider the importance of transparency and fairness in both insurance pricing and the claims process.

Without improvement to the system, more people will abandon insurance and the public image[12] of insurers will suffer further.

Read more: Insurance is unaffordable for some, but it's middle Australia that is underinsured[13]

This story is part of a series The Conversation is running on the nexus between disaster, disadvantage and resilience. You can read the rest of the stories here[14].