You may have had heard of Vanessa Sierra, the Instagram model and reality TV contestant who adeptly used her time quarantining with boyfriend Australian tennis player Bernard Tomic to build her public profile.

Sierra is just one of the hundreds of thousands of “content creators” – most commonly young women – monetising content produced on social media platforms. She has been using these platforms to promote “subscription-only” content. Most “social influencers”, however, have a more traditional business model, using their position to promote brands.

Among Australia’s influencer megastars are fitness influencer Tammy Hembrow (11.9 million Instagram followers[1]), who can reportedly charge as much as A$55,000 for a single post, and Kayla Itsines (12.7 million Instagram followers[2]), whose workout app and deals with brands such as Apple and Adidas placed her 27th on the Australian Financial Review’s 2020 Young Rich List[3] (estimated worth: A$209 million). 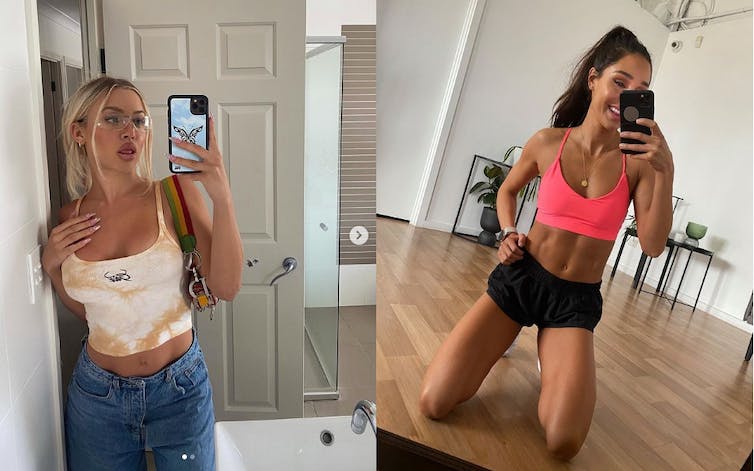 Tammy Hembrow and Kayla Itsines, two of Australia’s most successful social influencers. Both have more than 10 million Instagram followers. Instagram

One report estimates there are more than 830,000 influencers[4] on Instagram alone. It’s the wild west of marketing. Surreptitious and dubious practices have flourished. So too has the exploitation of overt sexual representation.

The new code of ethics[5] for Australian advertisers, which came into effect on February 1, addresses one of these problems – lack of transparency in disclosing financial deals. It does a less adequate job with the other.

It has much improved on guidelines for gender representations in traditional advertising. It acknowledges, for the first time, advertisers’ responsibility to avoid harm to consumers and society. But it leaves a big loophole for commercialising sexualised imagery through social influencers.

What is the code of ethics

The Australian Association of National Advertisers’ code of ethics[6] is a central part of the self-regulatory model that governs advertising standards in Australia.

It sets guidelines for[7] “all advertising or marketing communication under the reasonable control of the advertiser”. It is used to adjudicate complaints about advertising (by AdStandards, formerly known as the Advertising Standards Bureau).

The new code makes a number of welcome improvements, replacing a code much criticised for its laxity in allowing adverts that reinforced gender stereotypes and exploited sexualised imagery for commercial gain.

Read more: Sexualised and stereotyped: why Australian advertising is stuck in a sexist past[8] 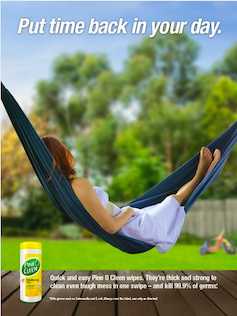 Such stereotyping in advertising has equated women with domesticity[10] and men in caring roles as “dumb dads[11]”.

Now messages such as the “Put time back in your day[12]” advert for leading cleaning brand Pine O Cleen (owned by British multinational Reckitt Benckiser) will be contrary to the code, because they allude to alleviating the domestic load only of women.

Another important change is prohibiting the use of “overtly sexual” images in outdoor advertising or shopfront windows, and in any other advertising medium when “not relevant to the product or service being advertised”.

Accompanying the new code is a guide[13] specifying what may be considered overtly sexual, including suggestive undressing or depictions in sheer clothing or lingerie that expose private body parts.

This mean brands such as automotive repair company Ultra Tune, long subject to public complaints, can no longer use overtly sexualised representations of women to advertise their services. 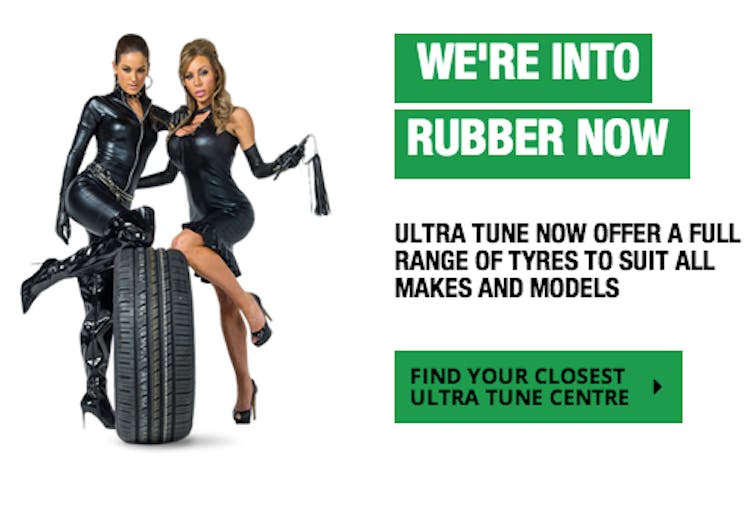 Ultra Tune’s ‘Get into rubber’ campaign was the second most complained about ad in 2016. Ultra Tune/Collective Shout[14]

Research has consistently found exposure to such images are directly associated with a range of negative consequences[15], including higher levels of body dissatisfaction, greater support of sexist beliefs and greater tolerance of sexual violence toward women.

But what about influencer culture?

The new code’s approach to sexist stereotypes better reflects contemporary society and signals a move away from a “sex sells” mentality in advertising.

What it doesn’t really address, however, is the rise of influencer culture, where a highly sexualised aesthetic[16] that borrows from pornographic imagery is the norm. 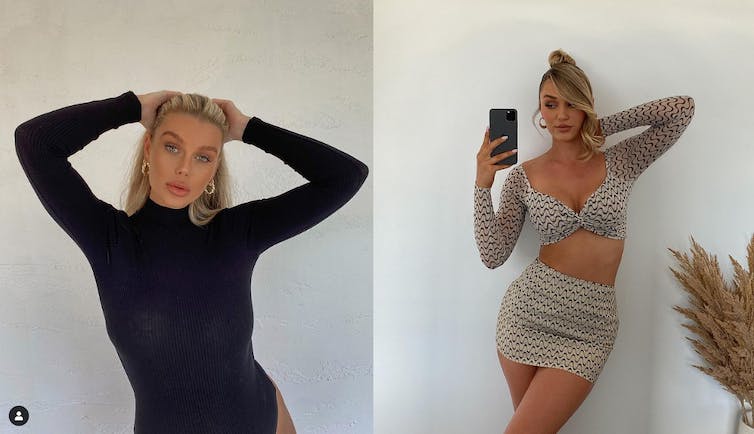 Skye Wheatley and Shani Grimmond, two of Australia’s Instagram models/influencers. Both often wear much less clothing in their photos. Instagram

The proportion of corporate marketing budgets going to influencers is growing rapidly. In 2019 the advertising spend on influencers globally was an estimated US$8 billion. By next year it is predicted to be US$15 billion[17].

That spend reflects the growing value of influencers to marketers, who are seen as effective promoters[18] of products to large, dedicated and highly engaged audiences likely to make purchases based on influencer recommendations.

The new code of ethics does oblige influencers to disclose their commercial relationships[19] in a clear, upfront and easily understood manner.

But, significantly, the code’s standards (including for overtly sexual imagery) don’t apply to user-generated content “not within an advertiser’s reasonable control even if brands or products are featured”.

This leaves open various challenges to what can be seen to constitute “reasonable control” for advertisers.

Read more: How highly sexualised imagery is shaping 'influence' on Instagram - and harassment is rife[21]

The new code’s vision of advertising and the norms of influencer culture are therefore likely to remain worlds apart.

In an ever-evolving media landscape, ensuring advertising standards keep pace is an ongoing challenge. The new code is catching up with community expectations for “mainstream” advertising.

But this progress won’t count for much unless advertisers are also held to account for how corporate money helps to sustain sexist and sexualised stereotypes perpetuated through the influencer market.