Christmas is nearly here, and as we enjoy buying presents for family and friends, it’s also a time when many of us[1] think about donating to charity.

As last summer’s bushfires showed[2], the devastation caused by natural disasters can lead to an outpouring of generosity.

This Christmas is also different because of the very challenging year we’ve experienced.

Although Australia has escaped the worst of the COVID-19 pandemic, it has still hit our communities hard[4]. Charities have been under increased pressure[5], while at the same time, donations have dropped off and fundraising events have had to be cancelled.

So if you have the means to do it, this Christmas there’s even more reason to donate. Here are some tips to make sure you’re donating your precious funds wisely.

First, do some research

Making a donation will often reflect the causes we care about and where we think there’s a need. We will often be guided by our emotions and give on the spur of the moment, and there’s nothing wrong with that.

But it’s also worthwhile doing some research before you provide your credit card details. Even if you’re only giving a small amount, a few minutes of research can help inform your decision and provide you with more confidence about your choice. 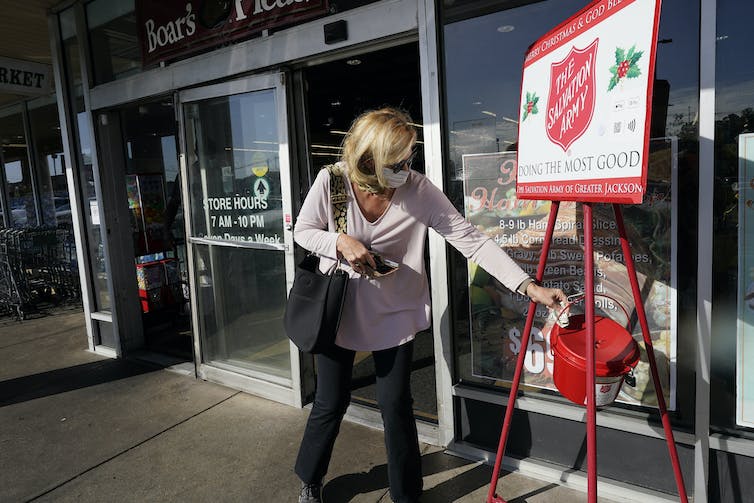 Christmas is the most popular time for Australians to give to charity. Rogelio V Solis/AP/AAP

The Australian Charities and Not-for-profits Commission is our national charities regulator. It has a free public register[6] where you can search for a charity and access all sorts of information about its activities, governance and finances. Before donating to a charity, it’s worth looking them up to check they are registered.

Many charities have websites and they have a wide range of information about their activities and how your donation will be used. It’s a good idea to have a read through their information before you donate. But be aware, if it’s a very small charity, it may not have a fancy website — so this does not necessarily mean it doesn’t do good work.

Doing some research is also important to make sure you are donating to the people you think you are. Scammers can pose[7] as genuine charities to try and steal your money. The Australian Competition and Consumer Commission’s Scamwatch has information[8] about what to look out for. This includes a lack of proper identification for those collecting in person.

Next, read the fine print

When making a donation, make sure to read the terms and conditions.

For example, if receiving a tax deduction is important, make sure the organisation you’re donating to is a so-called “deductible gift recipient[9]”. This should be clear on the donation page, but it’s also something you can check yourself using the federal government’s ABN Lookup[10] tool.

Read more: Beware of bushfire scams: how fraudsters take advantage of those in need[11]

A donation made directly to a charity may be used for a specific appeal, but it may also be for the charity’s broader activities. So, bear that in mind.

In recent years we’ve seen the rise of third party platforms[12] that aim to make donating easier. It’s important to understand how they work.

If donating through a Facebook fundraiser, like Celeste Barber’s bushfire appeal[13], your donation is subject to various terms[14]. For example, you’re not actually donating to the charity nominated in the fundraiser, but the “PayPal Giving Fund Australia”. This is a public foundation that acts like a holding account before the donation is passed on. Importantly, it retains full legal control over the donation once you’ve made it.

If you’re donating through a platform such as GoFundMe[15], you may not be donating to a charity at all, but an individual or a group without charity status. They may still do excellent work and be able to respond rapidly to areas of need in a community, but there are fewer protections around how your funds are used.

Read more: Celeste Barber's story shows us the power of celebrity fundraising ... and the importance of reading the fine print[16]

If you’re setting up a fundraiser yourself, make sure you are fully across the terms of the fundraiser. This will help avoid the same sort of confusion[17] that we saw with Barber’s bushfire appeal, and how the funds she raised could be used.

Remember, running a charity is complex

Although it’s understandable donors often want all their money to go straight to the “frontline” as soon as possible, running a charity is complex.

Charities need to employ skilled staff, rent offices, and do due diligence on how they distribute their funds. 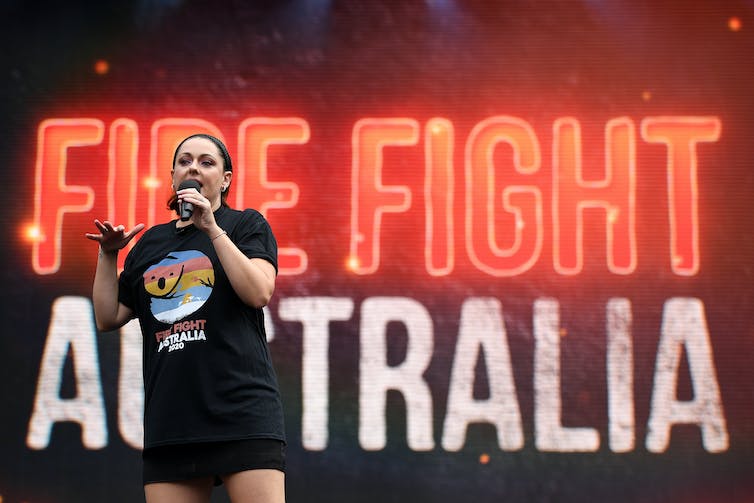 Comedian Celeste Barber’s Facebook effort raised $51 million for bushfire victims, but there was confusion about how it had to be spent. Joel Carrett/AAP

So don’t begrudge charities that spend some of their donated funds on administration and overhead costs[18] - in fact, be happy they do. Research[19] has shown the level of overhead costs is a very poor indicator of a charity’s effectiveness. Lower overheads can actually be associated with lower impact.

It’s also important to recognise charities are subject to extensive oversight and scrutiny, and will generally do their best to meet the needs of those they serve and the expectations of their donors.

As the review also pointed out, responding to a disaster requires a phased response. When using funds, charities must balance immediate needs with those further down the path of recovery.

But donate with confidence

After reading this, you may think donating to charity is complicated. Rest assured, it isn’t!

Doing some simple research and being aware of some pitfalls isn’t hard, and it can help you give more comfortably. If you have the capacity to give, then it’s a great way to make a difference, because every dollar counts.

And if you have the ability to make a regular monthly donation, think about doing that as well. Charities rely on a steady income stream to really have an impact, so a regular donation is a really effective way to contribute to a cause that’s important to you.