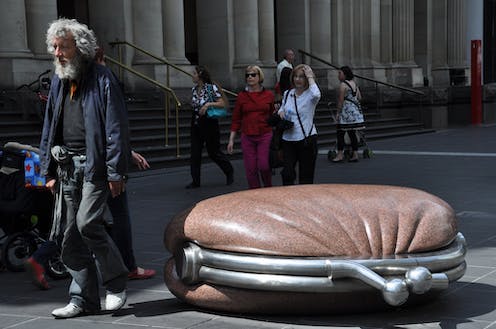 In the federal budget, Treasurer Scott Morrison promised tax cuts to all working Australians in the form of an offset and changes to tax income thresholds. But our analysis of Treasury data shows that while the government advertised these as payments to low and middle income Australians, most of the benefits would flow through to high income earners in future years.

If all of the stages of the tax plan[1] passed parliament, there would be a sharp increase in benefits for people earning above A$180,000, due to the reduction of their marginal tax rate from 45% to 32.5%.

Taxes in most countries are progressive. This means that the more you earn, the higher your marginal rate (the additional amount you pay for each dollar earned).

Well, you’ve still got a progressive tax system. That hasn’t changed. In fact, the percentage of people at the end of this plan, who are on the top marginal tax rate is actually slightly higher than what it is today.

However this new tax system from 2024-25 is less progressive than the current system. It means higher income inequality - the rich get more of the tax cuts than the poor.

Of course, another factor of tax cuts is that they only benefit those who are employed. Tax cuts don’t benefit people like the unemployed, pensioners, students (usually young people) and those on disability support pensions.

The conversation Australians need to have is how we should be spending the revenue boost we are seeing over the next few years. We can either spend this windfall gain on benefits to high income earners, in the hope that this will flow through spending to everyone else; or maybe we should encourage young people into housing through an increase to the first home owners grant, or increased funding for our schools, universities and health system.

We’ve developed a budget calculator[2] so you can see how your family is affected by the 2018 budget.