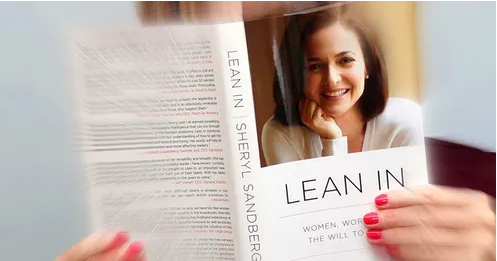 “Just be more confident, be more ambitious, be more like a man.”

These are the words of advice given over and over to women in a bid to close the career and earnings gaps between women and men.

From self-help books to confidence coaching, the message to “lean in” and show confidence in the workplace is pervasive, propelled by Facebook Executive Sheryl Sandberg through her worldwide Lean In[1] movement:

Women are hindered by barriers that exist within ourselves. We hold ourselves back in ways both big and small, by lacking self-confidence, by not raising our hands, and by pulling back when we should be leaning in

The efforts are well intended, because women are persistently underrepresented[2] in senior and leadership positions.

But where is the proof they work?

As a labour economist, and a recipient of such advice throughout my own career, I wanted to find out.

So I used Australian survey data to investigate the link between confidence and job promotion for both men and women. The results have just been published in the Australian Journal of Labour Economics[3].

The nationally-representative Household, Income and Labour Dynamics in Australia (HILDA[4]) survey includes a measure of a person’s confidence to take on a challenge.

The measure is called achievement motivation[5].

Read more: 'Walking into a headwind' – what it feels like for women building science careers[6]

More than 7,500 workers provided answers to these questions in the 2013 HILDA survey.

Confidence matters, with a catch

Using a statistical technique called Oaxaca-Blinder decomposition I investigated the link between their answers and whether or not they experienced a promotion in the following year.

After controlling for a range of factors, including the job opportunities on offer, I discovered higher hope for success was clearly linked to a higher likelihood of promotion.

But there was a catch: the link was only clear for men.

For women, there was no clear evidence stronger confidence enhanced job promotion prospects.

Put differently, “leaning in” provides no guarantee of a payoff for women.

Promotion rate for men and women by hope for success

Promotion probabilities are estimated for 2013 using hope for success responses. collected in 2012. Categories at the lower levels are grouped due to small sample sizes. Source: Author’s analysis using the HILDA Survey[10]

Men who display boldness and charisma, reflected by high extraversion, also experience a stronger likelihood of promotion. As do men who display the attitude that whatever happens to them in life is a result of their own choices and efforts, a trait we call “locus of control”.

But again there is no link between any of these traits and the promotion prospects for women.

Collectively these findings point to a disturbing template for career success: be confident, be ambitious… and be male.

Be male and unafraid

This template for promotion also prescribes: don’t show fear of failure. Among managers, though not among workers as a whole, fear of failure is linked to weaker job promotion prospects — but more profoundly for men than women.

This echoes the way society penalises male leaders for revealing emotional weakness. Both men and women are hindered by gender norms.

So what’s the harm in confidence training?

For women, it could do more harm than good[11]. In a culture that does not value such attributes among women, contravening expected patterns carries risks.

‘Fixing’ women is itself a problem

A fixation on fixing women[13] — without proof it pays off — steers resources away from anti-discrimination initiatives[14] that could actually make a difference.

In any case there is very little evidence confidence makes good workers. Overconfident workers can be liabilities[15].

Read more: Gap or trap? Confidence backlash is the real problem for women [16]

Workplaces would be served better by basing their hiring and promotion decisions on competency and capability rather than confidence and charisma.