A recent decision by Australian Securities and Investments Commission to deny a newspaper access to a confidential bank document raises questions about its attitude to regulating the financial services industry.

In the wake of the banking royal commission, the Australian Financial Review made a freedom of information[1] request, seeking a report prepared for the Commonwealth Bank board by its lawyers, Speed & Stracey.

ASIC obtained a copy of it from the bank as part of its post-royal commission intensification of oversight.

The report is important because it deals with astounding claims that emerged during the royal commission.

Under questioning, the bank’s chair Catherine Livingstone said she had voiced concerns at a board meeting[2] about its responses to breaches of money laundering laws that led to a record A$700 million [3]penalty.

The concerns were not recorded in the board minutes. Her recollections were disputed by others present.

Keeping accurate minutes is a core obligation under the Corporations Act. Breaches attract heavy penalties because minutes can become central evidence in prosecutions.

ASIC has chosen not to pursue Livingstone and the Commonwealth Bank board.

In its response to the Australian Financial Review’s request, ASIC said:

ASIC’s (regulatory) function is best achieved by maintaining a trusting and cooperative relationship with organisations who have shown a willingness to voluntarily provide information to ASIC on a confidential basis.

The statement raises questions about how ASIC balances its relationship with those it regulates with its job of enforcing the law.

In the final report of the banking royal commission Commissioner Kenneth Hayne challenged regulators such as ASIC to ask - why not litigate[4]?

After losing a case against Westpac[5] in the Federal Court over the way it approved loans, ASIC decided not to appeal[6] to the High Court because it wanted to be a “force for the recovery”.

“We are in a very different economic environment than we were when we started this case,” its chairman James Shipton said on Monday. “The world has changed. We are cognisant of that.”

ASIC has long extolled the virtues of “co-regulation[7]”, which it defines as “circumstances where the administration and enforcement of regulatory obligations occur in collaboration with industry”.

Read more: In defence of ASIC: there's more to regulation than prosecution[8]

Co-regulation, sometimes called meta-regulation[9], is a concept with some advantages. By subcontracting regulation to professional organisations, boards and managers closest to the action, the uber regulators can save money and concentrate on the big picture.

But it relies on those managers acting well.

Shipton stressed how important this was to ASIC in a speech delivered while the royal commission was sitting:

…industry, and the people within it, need to do more to support the proper functioning of the financial system. They need to take more of a leadership role in promoting professionalism. For example, the industry itself, working with standard setting and professional bodies, could promote and perhaps even require professionalism within their sectors.

After the royal commission, ASIC embedded psychologists[10] in boardrooms to assess the quality of board decision making[11]. 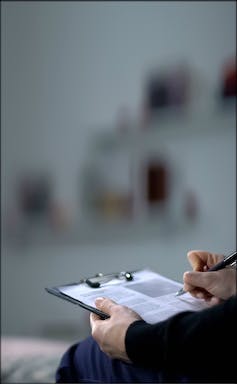 Hiring psychologists is a gentle approach.

This unnerved directors[12], but didn’t seem to produce many meaningful insights[13].

While seeming reasonable, co-regulation is unreasonably one-sided. It extracts promises to do better in the future, while undermining the courts’ ability to hold them to account.

It sends the message that undocumented boardroom recollections, for instance, are acceptable, or at least no more than a regrettable lapse.

Yet finding after finding in the fields of criminology, business ethics, public administration and political science suggests that what matters most for misconduct is not psychology but structure.

One multi-disciplinary study entitled Beyond bad apples and weak leaders[14] examined both prisoner abuse in Baghdad’s notorious Abu Ghraib prison and also the falsification of architectural internship report in the United States.

It found that in both of these very different environments organisational structures and incentives contributed more to bad behaviour than “bad apples” with bad psychology.

For banks, what needs attention are