Australia’s response to the health and economic impacts of the COVID-19 pandemic is rightly considered one of the world’s best. At their best, our federal and state politicians have put aside the sterile games dominating politics for decades.

It seemed possible these efforts might last, as politicians sought to find common ground and make real progress on issues such as climate change, industrial relations and inequality as part of the coronavirus recovery.

But as soon as the virus seemed to be receding, politics returned to the old “normal”. Policies are again being put forward on the basis of ideological reflexes rather than an analysis of the required response to our new situation.

There is no more striking example than the federal government’s reported plan to bring forward income tax cuts[1] legislated for 2024-25. The idea apparently has backbench support[2].

This is being proposed while the government begins to wind back income-support measures, such as free child care, with much more serious “cliffs” fast approaching.

This economic crisis is different

One of the most striking features of Australia’s initial response to COVID-19 was the speed at which the Morrison government abandoned a decade of rhetoric denouncing the Rudd Labor government’s response to the Global Financial Crisis.

In mid-March the government was floating the idea of a tightly limited response with a budget of A$5 billion. By the end of the month this had been abandoned in favour of the JobSeeker and JobKeeper schemes, estimated to cost A$14 billion and A$70 billion respectively. Other schemes brought the total to A$133 billion[4]. 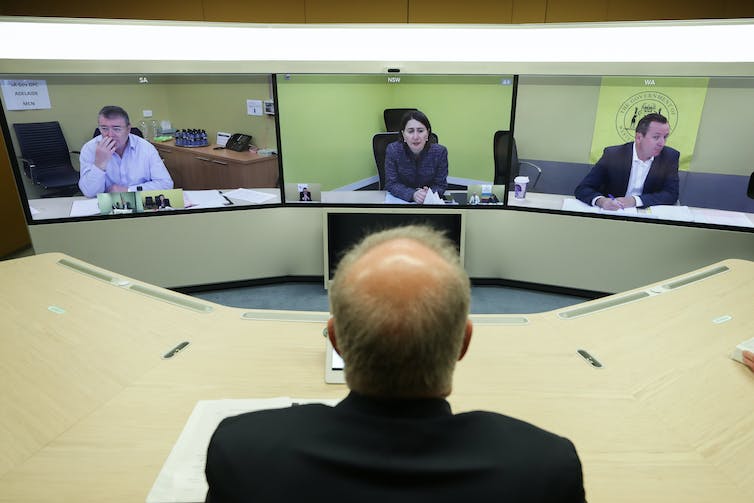 Despite the close resemblance to the Rudd stimulus packages, there was one crucial difference.

The GFC caused a collapse in the availability of credit, potentially choking off consumer demand and private investment. This was the classic case needing demand stimulus.

By contrast, the COVID-19 pandemic caused a shock to the production side of the economy, which flowed through to incomes. Millions of workers in industries such as tourism, hospitality and the arts were no longer able to work because of the virus.

The crucial problem was to support the incomes of those thrown out of work, and keep the businesses employing them afloat until some kind of normality returned. There were problems with the details of eligibility and implementation of the JobSeeker and JobKeeper programs, but the response was essentially right.

Have cash, will buy luxury car

The primary rationale for early tax cuts is that they will stimulate demand. But the economy’s real problem is not inadequate demand – particularly not on the part of high-income earners.

On the contrary, the problem for high-income earners is having a steady income even as many of the things they usually spend on (high-end restaurant meals, interstate and overseas holidays) have become unobtainable.

Among the results has been a splurge on luxury cars. Compared to June 2019, sales of Mazdas, Hyundais, Mitsubishis, Kias, Nissans and Hondas last month were all down. But Mercedes-Benz, BMW, Audi and Lexus[5] were all up.

As Jason Murphy notes, this rush to buy fancy cars isn’t definitive proof the wealthy are looking to ways to spend all the money they’re saving. “But it is suggestive. Eventually the money has to go somewhere.” 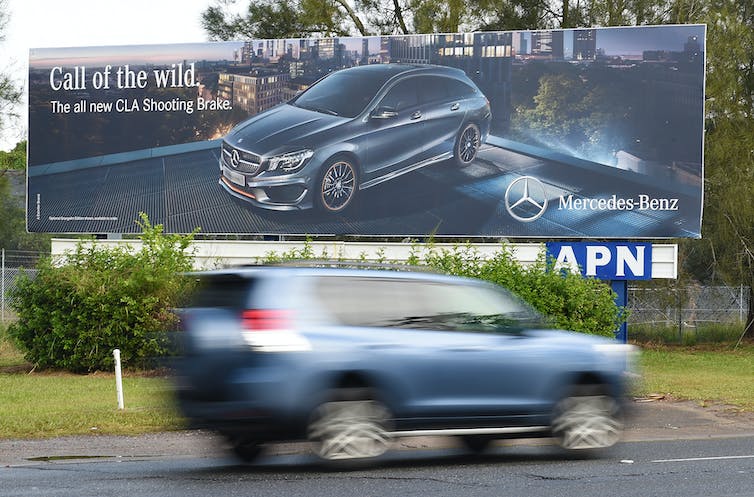 The worst possible course of action

The continuing problem with the pandemic is the loss of income faced by millions of workers. By definition, anyone in a position to benefit from a high-end tax cut doesn’t have this problem. Equity would suggest that, far from receiving more income, they should be sharing more of the burden, if not now then in the recovery period.

Read more: Cutting unemployment will require an extra $70 to $90 billion in stimulus. Here’s why[6]

When the federal government legislated its tax-cut schedule in advance, critics including Reserve Bank governor Philip Lowe and Access Economics partner Chris Richardson pointed out the danger[7] of promising future tax cuts based on projected growth. The same policy had failed ignominiously in the 1990s when the Keating government legislated tax cuts to be introduced after the 1993 election. After declaring the cuts “L-A-W”, Paul Keating was forced to withdraw half of the tax cuts when the budget deteriorated[8].

These criticisms have now been vindicated.

The decade of strong economic growth, starting this year, that was supposed to make big tax cuts affordable has disappeared. We will be lucky if per capita GDP is back to its 2019 levels by 2024-25, when the tax cuts are slated to kick in regardless of circumstances.

Once that happens, we will need all the tax revenue we can get to bring the budget back into balance and deal with the continuing expenditure needs the pandemic has created.

The government now seems to be headed for the worst possible course of action – cutting support for those hit hardest by the pandemic while pouring money into the bank accounts of the well-off.

The inevitable result of such a policy will be a surge of personal and business bankruptcies, mortgage defaults and evictions. That will bring about the kind of demand-deficiency recession the tax cuts are supposed to prevent, superimposed on the continuing constraints created by the pandemic.

So far we have all been in this together. For high-income earners that means forgoing tax cuts promised in happier times and contributing more to the relief of those who need it most.