Whereas 2015-16 saw 40,149 approvals granted, totalling A$72.4 billion, the figure for the following year was just 13,198 approvals, totalling A$25.2 billion. On these numbers, the foreign property investment boom looks to be over. 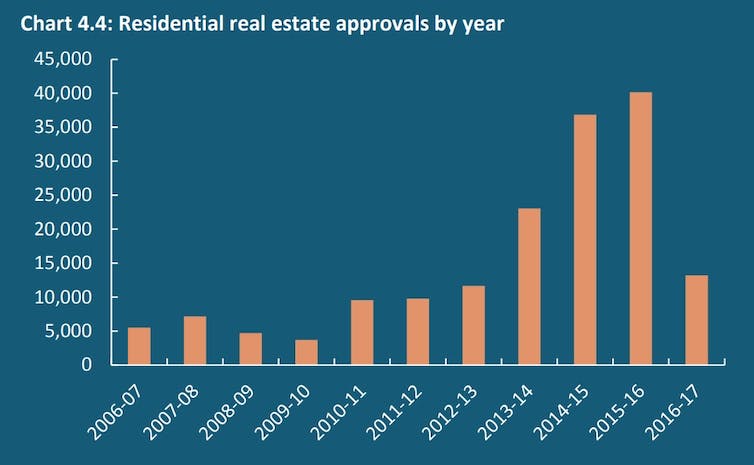