South Australian storms two weeks ago blew over the transmission towers[2] connecting the state to the national energy grid. The Royal Adelaide Hospital[3] was among the buildings affected.

Tens of thousands more households in Queensland[4], New South Wales[5], Australian Capital Territory[6], Victoria[7] and South Australia[8] have endured blackouts lasting from hours to days[9] in the past month or so due to bushfires.

Read more: Trust Me I'm An Expert: Why February is the real danger month for power blackouts[10]

It’s timely to consider how we can build a better system – one that’s more resilient in times of disaster and also doesn’t contribute, through carbon emissions, to making disasters more frequent.

One part of the solution is more connectedness[11], so one transmission line being severed is not the crisis it is now.

But just as important is ensuring connectedness isn’t crucial.

This means moving away from centralised systems – powered by a few big generators – to decentralised ones, with many local and small-scale generators. Instead of one big grid, we need many microgrids, interconnected but able to operate independently when necessary.

Power in a warming world

First, hotter and longer heatwaves put more pressure on grids. As energy demand spikes[12] on hot afternoons, so does the incidence of coal-fired generators[13] breaking down. At the same time, heatwaves reduce the capacity of both coal and gas generators[14]. 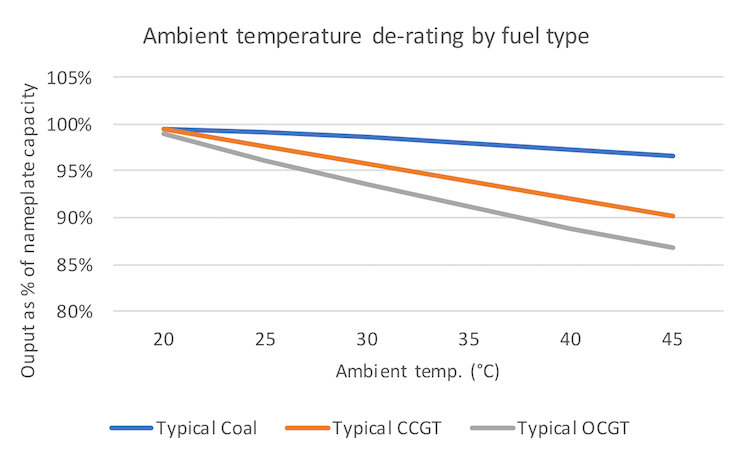 Hotter weather also impedes the efficiency of photovoltaic solar panels[15] as well as the capacity of electrical wires to transport power[16].

Second, hot and windy weather increases the chance of electrical wires sparking fires by contacting dry plants[18]. This is what led to some of the deadly Black Saturday bushfires in 2009[19]. The only protection against this is to turn off power on windy days. In California such blackouts affect millions of people[20].

Third, as already alluded to, a warmer climate increases the regularity and intensity of bushfires, floods and storms[21] – events that in recent weeks have cut off power to communities right when they needed it most.

To make the system more resilient, we need to ensure a local area can maintain power even when power is cut off elsewhere. This is feasible with microgrids.

A microgrid is simply an electricity grid built to a more local scale. The national electricity grid stretches from Port Lincoln in South Australia to Port Douglas in far-north Queensland. A microgrid might stretch no further than a few streets. It might cover an industrial estate, a town or a region.

Rather than relying on electricity generators hundreds or thousands of kilometres away, it has enough local generators to generally meet local demand. Though “grid-tied” – drawing or contributing power to a bigger grid as needed – it can also “island” (disconnect) and run independently.

There are microgrid projects around Australia. These are preparing for a greater system transformation through ironing out problems and proving the benefits.

One is in the Melbourne suburb of Mooroolbark[22]. It has demonstrated a single street (of 18 houses) can continue to operate on its own solar panels and battery storage for 22 hours before reconnecting to the national grid.

At a regional scale, the ESCRI project near Dalrymple[23] in South Australia combines a much larger battery array with 55 wind turbines and solar systems. So long as there’s enough wind, the system can provide electricity indefinitely to 4,600 customers. 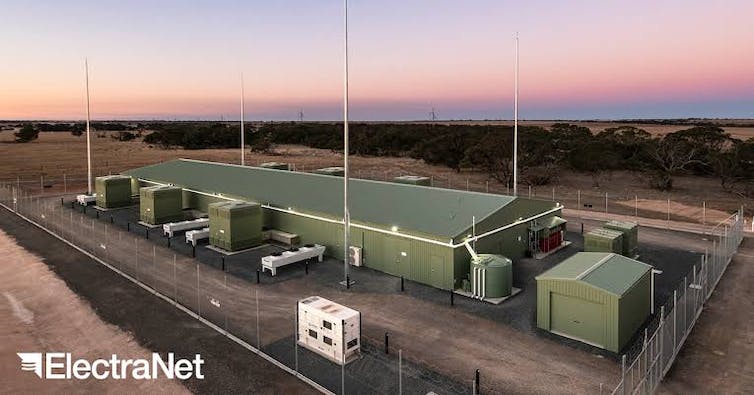 Microgrids are not only ideal for isolating regions from blackouts. They also help integrate “distributed energy resources” such as rooftop solar systems and electric vehicles, which pose a challenge to the way centralised way grids have traditionally been controlled.

Read more: How electric cars can help save the grid[24]

We should build on these strengths to reconfigure our national energy market as a grid of self-managing, self-reliant microgrids.

The main investment required for a “grid of microgrids” is for each region to install a battery and microgrid controller (and potentially more local generators). In remote regions this may be cheaper than the cost of maintaining transmission lines[25]. Most of the system will continue to be connected, however, ensuring efficiency by drawing on the cheapest energy available. Only when disturbances occurred would regions isolate themselves to avoid blackouts.

With Energy Networks Australia, which represents energy distributors, warning power prices will have to rise[26] to cover higher insurance costs as risks increase, accelerating the transition to microgrids deserves to be a key policy for any government concerned with energy security.