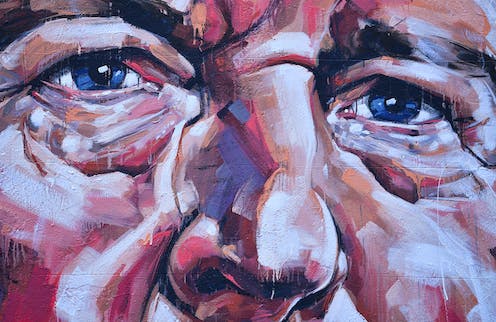 When Alan Jones encouraged Australian Prime Minister Scott Morrison to “shove a sock down” the throat of New Zealand Prime Minister Jacinda Ardern, it was not the first time he launched a broadside and lost advertisers[1].

This time, 52 advertisers have so far withdrawn from Jones’ 2GB radio programme, buoyed by social media campaigns by activist groups publicising a list of boycotting advertisers as well as naming and shaming those who remain, such as Virgin Australia.

Read more: It will be money, not morality, that finally turns the tide on Alan Jones[2]

Messing with the wrong person

When asked about Jones’ comment on a television morning news programme, Ardern said she didn’t engage and does not intend to respond because she doesn’t “have an opinion on every single person who says something about me.”

Ardern has risen to worldwide recognition[3], particularly following her empathetic response to the terror attacks in Christchurch[4]. Her fans have been quick to call out slurs on her character such as Jones’ comments, as well as any associated brands.

In today’s interconnected and increasingly more accessible world, brands are recognising the potential damage of not responding[5] to an incident like this. Brands are actually responding strategically by capitalising on the press attention, visibly and loudly disassociating themselves from negative events or scandals[6].

It is not primarily about the money. Between at least seven of the boycotting brands, the money they put towards Jones’ 2GB radio show accounts for less than 1% of their media budget[7]. But the long-term reputational and financial risk avoided by dissociating from Alan Jones is significant.

A toxic affiliation, even when that accounts for only a small piece of the marketing budget and media exposure pie, can have disastrous effects on a brand[8].

Like Jacinda Ardern, Alan Jones is a brand[9]. People are aware of who he is and his name evokes certain associations (rightwing, shock jock). When companies choose to buy advertising space within his talk show, they are engaging in a brand partnership[10].

Once partnered, brands gain exposure to each other’s audiences and trigger the transfer of associations between brands (for example, George Clooney’s global status can be transferred to an instant coffee brand). But when one brand attracts bad publicity, it is not the only one that suffers damage to their image. All affiliated brands are at risk.

Tiger Woods lost US$22 million in endorsement and sponsorship contracts[11] after his 2009 sex scandal. Accenture, AT&T and Gatorade dropped Tiger Woods, and the scandal cost shareholders of brands[12] such as Nike and Gatorade US$12 billion. Similarly, Sandpapergate[13] saw some major sponsors cutting ties with the Australian cricket team in 2018 for fear of the negative associations with cheating that accompanied the ball tampering incident.

Partnerships mean that the brands involved are not completely in charge of their narrative. People encounter brands in various ways[14] and each encounter shapes perceptions, despite not being curated by the brand.

While boycotting advertisers such as ME Bank, Chemist Warehouse, Koala and Volkswagen knew that audiences would be exposed to their brand within Alan Jones’ radio show, they can’t control what else is happening at that time and what they are being linked to by virtue of association.

Turning a negative into a double positive

Advertisers have not only mitigated the spillover of misogynistic and violent connotations to their images, they’ve used this boycott as an opportunity to drive up brand sentiment[15]. Walking away from Alan Jones not only firewalls them from his brand of outrage but signals their brand as principled, virtuous and willing to take a stand.

The incident has also highlighted the fact that these companies actually sponsored the show in the first place - a show which was known for its controversial viewpoints before this particular incident. Paradoxically, righting this wrong by boycotting could enhance satisfaction with these companies[16] more than if they had never advertised with the programme in the first place.

This is particularly meaningful in a climate where consumers want to buy from brands that share their own values[17] and act on social and political issues. Yet consumers discern between brands that back up their messages through practice. They’re looking for brands to “walk the talk”.

Credibility[19] based on attractiveness, expertise and trustworthiness is key.

A recognisable brand is one of the most lucrative assets[20] on a company’s books. The Apple brand, for example, is worth US$214 billion. Partnering with an entity with characteristics that boost a brand’s credibility will also increase brand equity, which captures the value of the brand name alone.

Brand equity starts with people’s knowledge of the brand - what comes to mind when they hear the name. By cutting ties with 2GB, the boycotting companies have made sure it’s not Alan Jones, sock-shoving and misogyny.