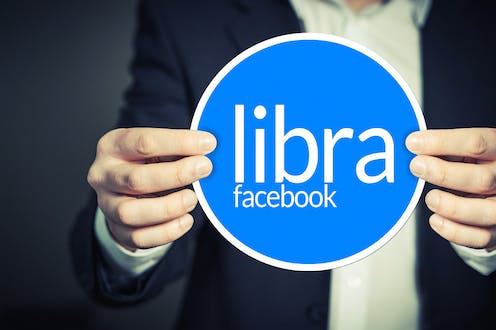 Facebook’s proposed new digital currency, if even modestly successful, will hand over much of the control of monetary policy from central banks to Facebook and a group of partner companies including Uber and eBay.

So says Chris Hughes, a Facebook co-founder. He calls the plan frightening. “This currency would insert a powerful new corporate layer of monetary control between central banks and individuals,” he writes in the Financial Times[1].

But fear not, central banks are more resilient than this.

What is Libra, and who is behind it?

At this point there’s no guarantee Facebook will succeed in establishing its own currency (called the Libra) that you can use to make payments with a digital wallet integrated into Facebook’s Messenger and WhatsApp applications.

But let’s assume it does.

Key to the success of any currency is ubiquity. Facebook has that (in most parts of the world). Along with its enormous customer base, and wealth, it also has the backing of 27 other corporations. These include key global players in electronic payments – Mastercard, Visa and Paypal.

Read more: Facebook's cryptocurrency: a financial expert breaks it down[2]

Joined together in a Swiss-based not-for-profit entity called the Libra Association[3], these companies are particularly interested in the prospect of billions of people making payments[4] using a mobile phone without ever needing a bank account. There are, tellingly, no banks in the group.

The Libra’s utility as a payment system is underlined by its design differences to a cryptocurrency like Bitcoin. The value of Bitcoin fluctuates wildly. The Libra’s value will instead be stabilised. This will be done using a private sector version of a mechanism known as a “currency board[5]”.

A goal of the Libra Association is to “move toward increasing decentralisation”.

As Hughes notes, central banks were established to deal with the problems that came with a decentralised financial system. “After many mistakes, we have learnt that we want a central bank to act to increase or decrease the monetary supply in moments of contraction or expansion.”

To understand why decentralisation might pose a threat to the role of central banks, let’s recap how they exercise monetary policy.

The power of a central bank comes from setting interest rates.

The Reserve Bank of Australia, for example, does this through operating what is called the Interbank Overnight Money Market[6]. Banks must deposit enough currency with the RBA to cover obligations to other banks. The RBA effectively sets the floor and ceiling in the market[7] by offering to take deposits or lend in the market at rates 25 basis points below and above its target interest rate. It also transacts in the market by buying and selling bonds and derivatives.

Doing this keeps the interest rate in the market very close to the RBA’s target. Changes in the rate are generally reflected in interest rates on bank loans. These in turn affect economic activity and inflation.

The concern is that a substantial move towards using electronic money for payments [8] could reduce banks’ importance as money lenders, and therefore the role of the interbank markets. If the central bank’s balance sheet is smaller, its ability to influence the interest rates offered by financial institutions is theoretically weakened.

But the vast bulk of loans made by banks are to consumers to buy homes and cars, and to companies to buy capital equipment. These do not seem the types of goods likely to be paid for in Libras.

And so long as a government requires taxes to be paid in its national currency, the demand for the interbank market will never totally dry up.

So at this point, even if successful, I think it’s an exaggeration to suggest the Libra poses a threat to the important role of central banks in keeping economies stable through monetary policy.

Will the Libra project even succeed?

Other concerns, though, such as the use of cryptocurrencies for money laundering[9], should be taken seriously.

But let’s also take a reality check. There is no certainty the Libra project[10] will succeed.

In the 1990s Mondex[11] and Digicash[12] were promoted by some major banks as the payments systems that would replace cash. They never achieved critical mass.

Bitcoin[13] has been much hyped for more than a decade but still only accounts for a miniscule proportion of transactions (which is a good thing given the process of creating bitcoins is so energy-intensive).

Read more: How low will Bitcoin now go? The history of price bubbles provides some clues[14]

Many other similar cryptocurrencies have come and gone.

A decade ago Facebook had ambitions to establish a “safe and secure way” to make online payments with its Facebook Credits system[15]. It abandoned the project after three years.

So it is unsurprising that Reserve Bank of Australia economists “see little likelihood[16] of a material take-up of cryptocurrencies for retail payments in Australia in the foreseeable future”.