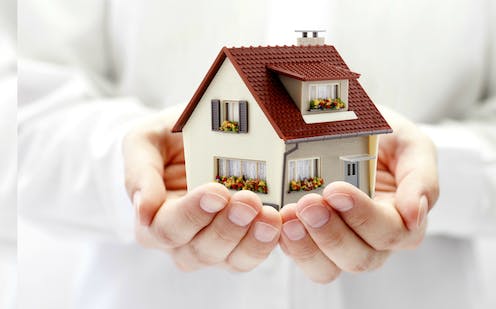 Suddenly, death duties are part of the election campaign.

Not that Labor (or the Coalition) is proposing them, but photoshopped fake tweets from Labor figures saying they will introduce them have been doing the rounds[1], and the Coalition is using the suggestion it its advertising, parading around trucks on whose side is printed: “Labor will tax you to death[2]”.

At the risk of entering the political (non) debate, its worth drawing attention to a substantial consensus among economists that they are something we need[3].

What are death duties?

Death duties (more formally known as inheritance taxes) are levied on the estates of dead people above a predefined tax-free threshold, prior to their distribution to the beneficiaries.

They have a long pedigree, being currently administered in 19 developed countries. The average rate among members of the Organisation of Economic Co-operation and Development is 15% but rates vary from 4% in Italy to 55% in Japan.

We had them in Australia until the late 1970’s, administered by both the Commonwealth and state governments. However in both cases the taxes were distinguished by the ease with which they could be avoided[4].

Without them, our rich will get richer

Since death duties went, Australian income inequality has climbed, with the standard measure (known as the Gini coefficient) climbing from 0.27 to 0.32[5] between 1982 and 2016 on a scale where a result of zero would mean income was equally shared and a result of 1 would mean one person earned all the income.

The removal of death duties is far from the only potential reason.

Untaxed inheritance is likely to matter more. Over the next 20 years about 13% of Australia’s current population is expected to reach its life expectancy, meaning 3.18 million people are likely to die. Their net worth accounts for 27% to 37% of Australia’s total wealth.

Read more: Why we should put an inheritance tax back into the spotlight[7]

A study by financial planning experts at Griffith University estimates that over the next 20 years Australians over 60 will transfer A$3.5 trillion in wealth, worth about $320,000 on average to each recipient[8].

Around four fifths of that wealth will go to the top one fifth of recipients, pushing the Gini wealth inequality coefficient considerably higher.

It’s a concern because societies with bigger inequalities have bigger social and economic problems[9].

They are better than most alternatives

Death duties meet most of the basic conditions for a good tax.

They are fair (in that they treat people in the same situation the same and take more from those who have than those who do not) and they are easy to understand.

Their big advantage over ordinary income tax is that they distort economic activity less: because they are levied on unearned rather than earned income they are unlikely to prod people into earning less.

The Economist magazine puts it this way:

Unlike income taxes, they do not destroy the incentive to work; whereas research suggests that a single person who inherits an amount above $150,000 is four times more likely to leave the labour force than one who inherits less than $25,000. Unlike capital-gains taxes, heavier estate taxes do not seem to dissuade saving or investment. Unlike sales taxes, they are progressive. To the extent that a higher inheritance tax can fund cuts to all other taxes, the system can be more efficient.

Yet they’re not yet popular

Inheritance taxes pit two widely held views against one another.

One is that governments should leave people to dispose of their wealth as they see fit.

The other is that a permanent, hereditary elite makes a society unhealthy (as well as unfair). The sons and daughters of people who built great companies are not necessarily the best people to run them.

Getting them reintroduced isn’t that unlikely.

The 2010 Henry Tax Review supported them. Noting that what it called a “bequests tax” would help Australia navigate its demographic changes[11], it said

Over the next 20 years, the proportion of all household wealth held by older Australians is projected to increase substantially. Large asset accumulations will be passed on to a relatively small number of recipients.

However it also noted that

There would be a need for anti-avoidance provisions, including a tax on gifts. There would, inevitably, be significant administration and compliance costs. A tax on bequests should not be levied at very high rates. People should not be unduly deterred from saving to leave bequests. A substantial tax-free threshold combined with a low flat rate beyond that point would be an appropriate structure for a bequest tax. Bequests to spouses should be concessionally treated.

The 2015 Treasury tax discussion paper presented to treasurer Joe Hockey also canvassed the idea, although it noted that “such taxes can be difficult to administer effectively[12]”.

More recently, on taking on the job of treasurer under prime minister Malcolm Turnbull, Scott Morrision refused to rule them out[13] amid calls for a tax targeting bequests of more than $2 million.

The best chance of bringing an inheritance tax back would be to link to something socially worthwhile such as housing affordability, education or relief from other taxes. Ordinary bequests beneath a high threshold would be exempted, and the threshold would be indexed (it wasn’t, when Australia last had death duties, meaning that over time they became more intrusive and unpopular). Exemptions could be considered for husbands and wives and perhaps for family farms.

It most likely wouldn’t be a big revenue raiser, but it would make an important point: that wealth is worth taxing (at least on death) in addition to income and spending. Taxing wealth in its own right is no more double taxing than is tax on income and expenditure. And if we can do a bit to redistribute the avalanche of wealth about to hit the best off 20 per cent of beneficiaries, it would be no bad thing for the maintenance of what by international standards is still a relatively equal society.

Authors: John Mangan, Professor and Director of the Australian Institute For Business and Economics, The University of Queensland