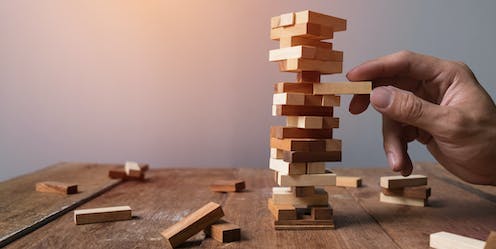 This article is part of The Conversation’s series looking at Labor’s jobs summit. Read the other articles in the series here[1].

The Treasury issues paper[2] published in the lead-up to the Albanese government’s Jobs and Skills Summit runs to 11 pages of text. It mentions productivity 21 times.

It’s a safe bet that increasing productivity – put simply, looking at how Australia’s workers can produce more from the same inputs – will be a dominant theme in the summit’s crowded agenda.

That’s certainly the emphasis business groups want[3]. Their pre-summit messaging has stressed that productivity is the secret to prosperity and higher wages.

It’s an equally safe bet the summit will hear a familiar list of business-friendly measures – deregulation, lower business taxes, liberalised immigration – as the means to that end.

Productivity growth is important. It is a vital dimension of economic success. It creates the possibility for higher living standards. But it doesn’t automatically deliver them.

Yes, we want work to be as productive as possible, but always within the bounds of safety, quality and fairness.

An uncritical obsession with productivity threatens to distract us from the deeper problems Australia must solve to make economic and social progress in the 21st century.

The wrong idea about productivity

Productivity has gained a bit of a bad name after decades of technocratic inquiries[4] and pompous browbeating[5] about how workers are unfocused or even lazy.

It is commonly misunderstood as anything that cuts costs, tightens belts or speeds up work. Some employers laughably describe wage cuts as a “productivity initiative” – turning economic theory on its head.

Properly measured, productivity means getting more out of what we put into the economy – first and foremost among these inputs is our labour.

It means valuing work and investing in workers, not cheapening and intensifying labour. It entails quality as much as quantity. Doubling pupil-student ratios in schools, or loading up nurses with extra patients, hardly improves genuine productivity.

In the decade prior to the COVID-19 pandemic, Australia’s productivity performance was certainly poor by historical standards. Labour productivity grew at an average annual rate of less than 1% – the slowest in the postwar era.

Australia’s productivity growth has been poor relative to other industrialised economies too, being below the OECD average[6] over the past two decades.

But this poor performance needs to be kept in perspective.

Read more: Why productivity growth stalled in 2005 (and isn't about to improve)[7]

Productivity has never been higher

First, productivity growth, even if slower than in the past, has still been positive. Hence the level of productivity demonstrated by the average Australian has never been higher.

In the three months to March (the most recent data available[8]), an average hour of expended labour produced A$110 worth of gross domestic product (GDP). Even after adjusting for inflation, that’s a 13% gain in the past decade. (Workers, on average, receive less than half of that in compensation.)

The productivity slowdown of the 2010s reflected a complex set of causes. Likely culprits include the growth of insecure, relatively unproductive service jobs; very weak business investment in capital and innovation; and falling productivity in resource extraction (due to the exhaustion of more economical reserves).

There are signs of improvement

Second, there are encouraging signs productivity has picked up since the pandemic.

Huge swings in employment and output during the lockdowns complicate productivity measures, but despite these ups and downs, labour productivity was 6% higher in March 2022 than before COVID. That’s an annualised growth rate of 2.6%, rivalling the most exuberant years of the postwar boom.

A post-COVID improvement in productivity is visible in other countries[9] too.

There is no consensus yet on its causes, or whether it will be sustained. Possible explanations include productivity benefits of working from home, and the fact that tight labour markets force employers to try harder to get more value from each worker (as it’s no longer easy to hire new staff).

Yet wages continue to lag

These two points demonstrate that productivity is no magic bullet for the other challenges facing Australia’s labour market.

Nor is it credible to blame lack of productivity for another big issue on the summit agenda: the historically weak growth in wages over the past decade.

Business leaders like to insist wage increases aren’t possible without productivity growth. But the actual problem for the past decade has been the opposite: productivity grew while real wages stagnated – and are now falling rapidly[10] due to the surge in inflation.

Consequently, the gap between productivity and real wages has widened dramatically.

In fact, the relationship between the two (which many economists assume to be automatic) has been broken for much longer.

Since the mid-1970s, economic and labour market policy in Australia deliberately undermined wage growth[12] through measures such as weakening collective bargaining, downgrading the award system to a safety net, vilifying and policing unions, and (for many public sector workers) simply dictating minimal wage gains[13].

Not surprisingly, all this kept wage growth well behind productivity. As a result, the share of labour compensation in GDP[14] has fallen by 13 percentage points since the mid-1970s, reaching an all-time low of 45% this year.

The share of corporate profits in GDP, not coincidentally, increased by a similar margin, and is now at record highs.

Read more: Profits push up prices too, so why is the RBA governor only talking about wages?[15]

These tectonic shifts in national income distribution refute the common assumption that workers are automatically paid according to their productivity.

Workers can be rightly sceptical that a generic commitment to revitalising productivity growth will automatically solve the problems they face – falling real wages, endemic insecurity and the erosion of collective representation.

To build a genuine consensus on productivity, therefore, the jobs summit must also advance a convincing vision for how the gains from productivity growth will be more fairly shared.