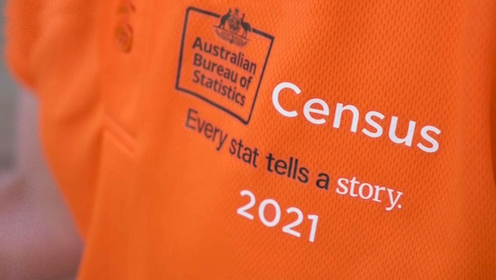 Census data to be released Tuesday[1] shows Australia changing rapidly before COVID, gaining an extra one million residents from overseas in the past five years, almost all of them in the three years before borders were closed.

For the first time since the question has been asked in the census, more than half of Australia’s residents (51.5%) report being either born overseas or having an overseas-born parent.

More than one quarter of the one million new arrivals have come from India or Nepal.

The census shows so-called millennials (born between 1981 and 1995) are on the cusp of displacing baby boomers as Australia’s dominant generation.

The changes are reflected in the answer to the question about religion, the only non-compulsory question in the census. Almost 40% of the population identified as having no religion, up from 30% in 2016, and 22% in 2011.

Read more: How well off you are depends on who you are. Comparing the lives of Australia's Millennials, Gen-Xers and Baby Boomers[2]

Conducted every five years since 1961, and before that less often from 1911, and asking questions of every Australian household, the census provides information about the ways society is changing that couldn’t be obtained in any other way.

In the past five years the number of people who use a language other than English at home has climbed 792,000 to more than 5.6 million. 852,000 Australian residents identify as not speaking English well or at all.

Mandarin remains the most common language other than English used at home, used by 685,300 people, followed by Arabic with 367,200 people.

The real value is in the detail

The real value of the census is in the locational details. The information released on Tuesday will identify locations with any characteristic that needs particular services, such as the areas with more people who identify as not speaking English well or at all. It will also show which parts of Australia are growing in population and which parts are shrinking.

The thank you message for the 2021 census. ABS

One quarter of veterans are aged 65-74, reflecting conscription during the Vietnam War.

Tuesday’s figures will offer more detail on the locations of sufferers and details such as their income and occupations, as well as details such as whether those who’ve served in defence were conscripts, serving in Vietnam.

Saved from the axe

Seven years ago the Australian Bureau of Statistics tried to axe[3] the five-yearly census, making it 10-yearly - as in the United Kingdom and the United States - to save money.

The outcry from planners and researchers who relied on the census resulted in the bureau being given an extra A$250 million[4] to ensure it continued.

Tuesday’s is the first of three census data releases. In October, the bureau will release information about education and employment and travel to work.

Early next year it will release location-specific socio-economic information and estimates of homelessness.