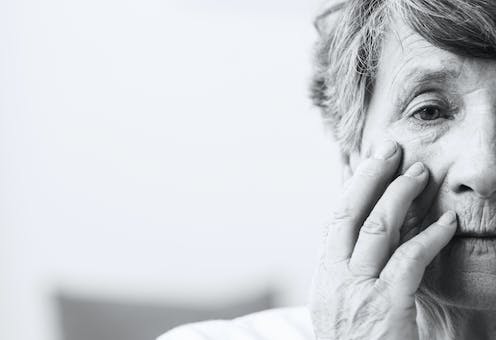 Getting aged care right is difficult. It involves staff training, qualifications and ratios[1], the entry of for-profit providers[2] and ensuring access in regional areas[3] – many of the issues highlighted in this year’s two-part Four Corners special[4].

A key challenge, from which must of the rest will flow, is increased funding[5].

Even the Medicare name works magic. The Medicare levy has been appropriated and boosted in order to brand and part-fund the National Disability Insurance Scheme[7].

We could do a Medicare

Medicare takes its features from both the public and the private sector. It is framed as an insurance levy, but unlike most insurance levies, it is linked to income. This means it reflects ability to pay rather than the likelihood of getting sick. As a result, it is affordable for everyone.

There have been many proposals to do something similar[8] with aged care.

To date policymakers have instead opted for another common Australian funding model – combining user payments with a safety net of public funding for those without means or facing high costs.

The Productivity Commission[9] has consistently plumped for this model over a more universal funding system, although there is little evidence that user fees are effective as a funding source.

So why not introduce an aged care levy on income?

But would that be right for aged care?

Oddly, the main argument against an income-based levy revolves around equity. Older people are income-poor but asset-rich. An income levy would set them back little even though they have been the primary beneficiaries[10] of the enormous increase in house prices.

It would be paid instead by younger workers who are often facing insecure work, stagnant wages and expensive housing.

It’s a reasonable objection, and it drives much of the Productivity Commission’s thinking. The commission has focused instead on helping older people draw down their housing wealth to fund aged care payments.

But this too has problems. It can discourage preventive forms of care and it requires vulnerable people entering care to make complex financial decisions.

A third way, suggested by aged care expert Anna Howe[11], is to use superannuation.

After all, super is supposed to fund our post-work life, and aged care is a big part of that.

Despite more than $2.5 trillion[12] being amassed in super, it does a poor job of providing either income security or security of care for older people. These responsibilities continue to fall on government.

Income within super is taxed unfairly

Super is also taxed very differently to other income. The rest of the income tax system is progressive, so those with higher incomes pay higher rates of tax. Income within super funds faces a flat tax.

For most people that matters little, but it creates enormous gains for those on very high incomes, which are made even bigger when they direct what extra income they can to super.

Read more: Why we should worry less about retirement - and leave super at 9.5%[13]

Efforts to curb the cost to the budget of super tax concessions have largely focused on limiting how much extra cash we put into it.

But most of the cost comes from the income earned by money already in super.

A Medicare-style insurance levy applied to the income earned by money within super would in principle be no different to the insurance premiums already taken from super accounts[16].

And it wouldn’t be paid by the young while they are young. Given that younger workers can’t access super until retirement, it would effectively be a levy on their future super wealth.

And because older people have larger super accounts than younger people earning more income to be taxed, the levy would fall far more heavily on baby boomers than younger generations.

This approach would also address another important justice question – gender equity. Men have much more super than women[17].

That partly reflects the gender pay gap, but also the unpaid work gap, in which women typically spend more of their working lives than men out of paid work caring for family members.

Ironically, it is women who then rely more heavily on paid care[18] in older age, largely because they outlive their partners. Women provide men’s care for free, but then pay for their own.

A levy on (mainly) men’s super would help even the books.

But the details would matter

A fair way to do it would be to apply the levy to super fund income only when it climbed to a threshold of (say) A$5,000 a year. That way it would protect small accounts while helping close the tax loophole enjoyed by those on the highest incomes.

All of us have an interest in properly funded aged care. More properly taxing super fund income would be one way to do it.