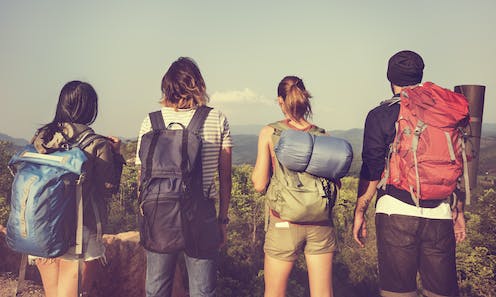 Suddenly, getting workers onto farms is a top political priority.

Over the weekend, and again in parliament on Monday, Prime Minister Scott Morrison announced plans[1] to get more backpackers[2] working on farms.

We don’t yet have the details[3], but for a month the media have been reporting that he is considering “longer visits for travellers on working holiday or backpacker visas[4]”.

Backpackers who have had a visa for one year can already get an extension for a second year if they have worked on a farm for three months. Some 36,000 did it last year[5].

The government seems to be considering increasing that extension from one to two years.

Another suggested reform is to lift the current six-month ceiling on any single stint of employment while in Australia on a backpacker (working holiday) visa.

In my assessment, based on analysis and research over several years, these are not only bad ideas, but also ideas that would undermine all three of Morrison’s claimed objectives in the field of agricultural work.

First, he has gone out of his way to stress that he wants to end worker exploitation on farms, saying[6]:

I want to be absolutely certain that those going to work in these areas and environments are properly looked after and properly catered for.

Yet the backpacker visa scheme is broken.

The Fair Work Ombudsman undertook an inquiry into it in 2016. It found[7] that “many backpackers are being subjected to underpayment or non-payment, unlawful deductions, sexual harassment, unsafe working conditions and other forms of exploitation”.

“Overseas workers seeking regional work to satisfy the 88-day requirement and obtain a second-year 417 visa are particularly vulnerable to exploitation,” it reported.

The working holiday visa scheme is one we should be trying to fix or shrink, rather than expand.

Second, Morrison has made it clear he wants to get more Australians working on farms. On Monday he told parliament[8]:

But at present no labour marking testing is required before farmers hire a backpacker. Current backpacker visa arrangements require no preference whatsoever for local workers.

Third, Mr Morrison has declared as recently as this month[9] that the Pacific region has to come first when it comes to providing seasonal jobs.

The Pacific Islander Scheme has the priority in our program. Of course it does.

But backpackers on working holiday visas compete for jobs with Pacific Islanders brought in under the Seasonal Worker Program.

Backpackers complete with islanders for jobs

Yet there are still four times as many backpackers on farms as seasonal workers.

This means that, all else being equal, a 10% increase in the number of backpackers on farms would cut the number of arrivals from the Pacific under the Seasonal Worker Program by 40%.

Read more: Why yet another visa for farm work makes no sense[11]

More than 90% of the farm workers on the backpacker scheme are from rich countries. Not a single Pacific island country is able to use it.

We’ll need to make a choice

My point is simple. The prime minister cannot claim that he wants to stamp out exploitation, get more Australians onto farms and prioritise the Pacific, while at the same time supporting changes to the working holiday visa that would result in more backpackers working on farms.

It’s an important decision for us as a nation. Farmers will always want a mix of seasonal workers and backpackers, but we need to get our priorities right.

Do we want more Pacific Islanders, or more rich-country foreigners, picking our fruit and vegetables?

Our special interest in the Pacific and the strong safeguards already in place for the Seasonal Worker Program suggest that it should be the former.