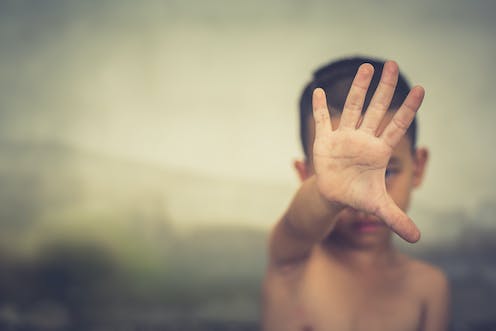 Is the Modern Slavery Bill at present before the Senate onerous?

It is if you are Nestle, because it might make your product more expensive. Or so it suggests in its submission to the Senate inquiry[1].

The bill will require businesses with more than A$100 million in turnover to report annually on their actions to address slavery risks in their supply chains[2].

Cocoa beans are the main ingredient in chocolate. Most come from West Africa, mainly from the Ivory Coast and Ghana. The low prices paid to producers mean many harvest their cocoa using child labour and child slave labour.

Where chocolate comes from

Most child slaves on cocoa farms[3] come from Mali and Burkina Faso, two of the poorest nations on Earth. The children, some as young as ten, are sent by their families or trafficked by agents with the promise of money. They are made to work long hours for little or no money.

While our chocolate companies have long known that children and child slaves pick their cocoa, it continues to happen to this day[4].

Read more: Should Australia have a Modern Slavery Act?[5]

In 2001 a deal was reached to end the practice. Known as the Harkin-Engel Protocol[6] in recognition of the two US senators who masterminded the agreement between the governments of West Africa, the United States, the International Labour Organisation and the cocoa industry, it has notched up achievements, but has not yet completely ended child slave labour.

It’s not yet slave-free

Nestle, which once paid insufficient attention to child labour, claims to have become one of the leaders in rooting it out[7]. It touts its transparency policy[8] as one of the world’s best.

Read more: We analysed 101 companies' statements on modern slavery – here's what we found[10]

It’s an approach known as “smart legislation”. It uses roaring (public pressure) rather than biting (hefty fines) to engender change.

It might not work. Companies certainly respond to public pressure, as Nestle did in 2010 after an infamous YouTube video of an office worker biting into an orangutan finger instead of a KitKat.

It said that from then on its Australian chocolate factories would use only segregated, certified sustainable palm oil[11] that didn’t involve the destruction of rainforest.

But this year Nestle was banned from the industry and non government organisation run Roundtable on Sustainable Palm Oil[13] because of its failure to submit reports.

It said it was committed to improving supply chain practices “through intervention on the ground, rather than relying on audits or certificates”.

The bill is certainly an improvement on what has gone before, but it is far from certain that “smart legislation” will be enough.

In the meantime it will help if we vote with our mouths and buy chocolate certified as slave-free[14] because it is made from cocoa sourced from outside West Africa.

But it is hardly a perfect solution.