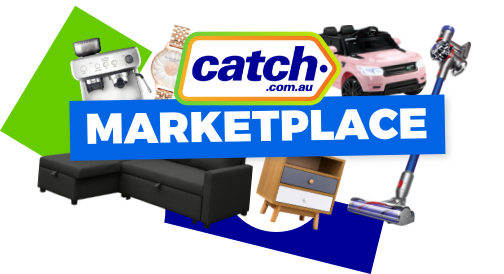 Brendan currently runs global eCommerce and Loyalty for the Cotton On Group and has significant experience both in  Australia and internationally in leading retail eCommerce businesses.

Prior to his current role, he headed up the strategy function at Coles Group, where he led the supermarket’s  multichannel offering. He has also held executive retail roles in the United Kingdom including Commercial Director at  department store John Lewis where he led the growth of JohnLewis.com.

Catch was acquired by Wesfarmers in 2019 and has recently moved into the OneDigital division under Nicole Sheffield,  combining the Group’s digitally native businesses.

“Brendan has significant experience leading large-scale eCommerce and retail investment programs and will spearhead  this transformation. He will also lead the Fulfilled by Catch program, a multimillion-dollar investment in cutting-edge  fulfilment centres and delivery technology to drive faster delivery for Catch and other Wesfarmers retail business.

Brendan will start in the role in late October and said he was excited to hit the ground running as Catch prepares for  what is expected to be its busiest Christmas ever.

“I am thrilled to be taking on this new challenge and am honoured to be leading such a well-known, Australian brand in  Catch,” Mr Sweeney said.

“As a customer of Catch myself I know the strong value proposition it offers, across categories including household,  apparel, grocery and sport. I look forward to working with the team as we continue to evolve this offering in what is a  very competitive market.

“The opportunities to improve delivery and fulfilment also excite me as we know consumer expectations are changing  and we need to move quickly not just keep up, but to lead the industry.”