After Australia’s foreign minister Marise Payne cancelled[1] the Victorian state government’s memorandum of understanding to participate in China’s “Belt and Road” global infrastructure initiative a fortnight ago, she said[2] she didn’t expect retaliation from Beijing.

That was always a hopeful message for a domestic audience.

Yesterday the Chinese government “indefinitely suspended all activities[3]” with Australia under a framework called the China-Australia Strategic Economic Dialogue. China’s foreign ministry also warned Australia “not to walk further on the wrong path”.

The Chinese embassy[4] had warned Payne’s “unreasonable and provocative” decision was “bound to bring further damage to bilateral relations”. It was right.

Why would China let Australia off the hook? It hasn’t shied away from retaliating against actions by the United States. Nor from punishing Australia by restricting imports[5] of barley, beef, lobsters, wine and wood (though not iron ore).

If this is the full extent of the retaliation, though, the feeling in Canberra will be one of relief. The annual dialogue has been on ice since 2017. So this suspension doesn’t change that much.

It is, however, an important symbolic action. It will further weaken important connections between bureaucrats. It sends a strong diplomatic signal that China is prepared to escalate. 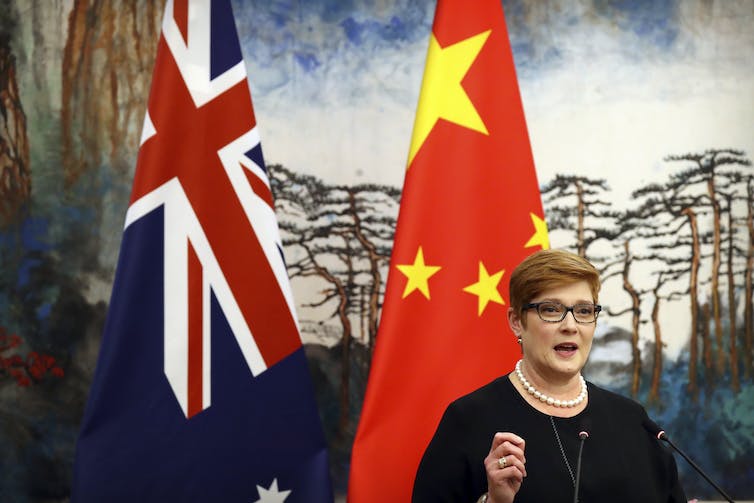 Origins of the strategic economic dialogue

The first China-Australia Strategic Economic Dialogue was in June 2014. It involved talks between Australia’s treasurer and trade minister and the chairman of China’s peak economic development and planning agency, the National Development and Reform Commission.

Holding these annual talks was part of a package of closer relations the Gillard government[6] secured with the Chinese government in 2013. That package also included an annual meeting between the two nations’ respective prime ministers – something China formally had only with Britain, Germany, Russia and the European Union.

Read more: An all-out trade war with China would cost Australia 6% of GDP[7]

By the time of the first dialogue (in Beijing) Tony Abbott was prime minister. Still, the talks were successful enough for Australia and China to agree in November 2014 to call their relationship a “Comprehensive Strategic Partnership[8]”.

In June 2015 the China-Australia Free Trade Agreement[9] (ChAFTA) was finally signed after more than a decade of negotiations. In December 2015 Australia became a founding member of the China-led Asia Infrastructure Investment Bank, committing US$738 million in capital[10] to be the sixth-largest shareholder. 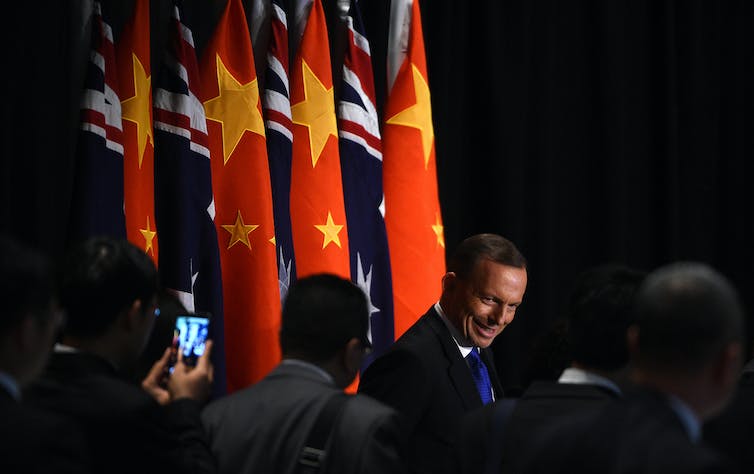 But by mid-2016 the bilateral political relationship was going downhill[11]. The last strategic economic dialogue was in September 2017.

This is why China’s announcement yesterday has been described[12] an “act of pure symbolism”, and even a sign China has “run out of ammunition” after its barrage of trade disruptions over the past year.

But it would also be a mistake to discount the importance of the symbolism.

In formally suspending the dialogue, Beijing has signalled its preparedness to suspend talks not just between politicians but also the bureaucrats who do the vast bulk of the work that makes bilateral relationships meaningful. This is why China’s state media has emphasised that suspension includes all activities between the National Development and Reform Commission and “relevant Australian ministries”.

To be clear, Australia’s diplomatic officials aren’t being prevented from seeing their Chinese counterparts, and bureacratic links have been strained since 2017. But the Treasury representative housed at the Australian embassy may now find meetings even harder to secure, if not impossible.

Symbolism, after all, was what motivated the Australian government to tear up Victoria’s Belt and Road Initiative agreement with China.

The deal was not legally binding and didn’t commit the Victorian government to anything. But the federal government wanted to send a message: it would do this and not be deterred by the threat of Chinese retaliation. It was a signal to Beijing that Canberra was not for turning.

Read more: Why scrap Victoria’s ‘meaningless’ Belt and Road deal? Because it sends a powerful message to Beijing[14]

Beijing has now sent a message in return: Canberra shouldn’t expect to get off scot-free.

China might not suspend its demand for Australian iron ore and natural gas. But it could further disrupt imports such as dairy products, or flows of students and tourists as borders reopen – a threat made by ambassador Cheng Jingye[15] a year ago. Such messages from government officials also send strong cues influencing Chinese companies and consumers.

Nor is the “nuclear option” – killing ChAFTA – off the table.

Another symbolic move – for example, a joint leaders’ statement reaffirming the importance of the comprehensive partnership – may be the the best way to turn things around.

But with both sides having spent the past year doubling down and hardening positions, that prospect seems remote.