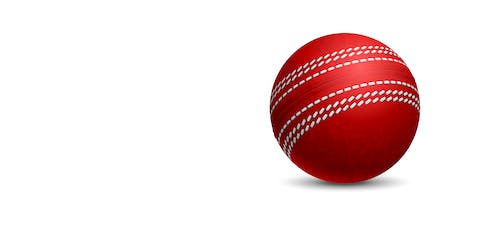 The first week of the federal election campaign has been dominated by heated disputes about the numbers behind both government and opposition policies.

Both sides are under pressure. Notably, the cost of Labor’s 45% emissions-reduction target has been rightly questioned.

Opposition leader Bill Shorten’s answer to reporters that “our 45% reduction, including international offsets, has the same economic impact as the Liberals’ 26%” didn’t exactly engender confidence.

But the folly of Labor’s environmental plans is another tale for another column.

Our focus here is on how the Coalition is going to cut personal income tax by A$158 billion and balance the budget.

Earlier this week the Grattan Institute pointed out[1] the Coalition’s budget assumption that expenditure will fall from 24.9% of GDP in 2018-19 to 23.6% during the next decade amounts to cutting spending by more than A$40 billion a year in 2029-30.

This raised the natural question of exactly where those cuts will come from. According to the government, it’s from things such as lower welfare payments and lower interest payments on government debt.

Read more: Your income tax questions answered in three easy charts: Labor and Coalition proposals side by side[2]

Now, you might wonder why the Coalition’s plan to cut personal income tax doesn’t fully kick in until 2025. Or, for that matter, why its “enterprise tax plan” on corporate tax is scheduled to be phased in over a decade.

Playing outside the rules

The short answer is that for the four years following a budget – the so-called “forward-estimates period” – there are rules about banking spending cuts.

During those four years, cuts need to be specified, or economic parameters need to be varied. And with good reason. That way the actual assumptions the government is making, however fanciful they may be, are plain for all to see.

But beyond the four-year period no such discipline applies. This allows governments of all stripes to make very specific claims about, for example, tax cuts they plan to deliver without having to be at all specific about how they are going to pay for them.

This is all just a conjuring trick. Politicians try to get us to focus on the tangible, specific thing we want – tax cuts, more money for hospital or schools, free cancer treatment – while obfuscating how they are going to pay for it.

It’s dirty pool. It’s not cricket. It’s the kind of thing a mob accountant does. Pick your favourite metaphor.

The specifics of the current round can’t even be debated properly, because ten-year “guesses” don’t lay out specific assumptions that can be checked for internal consistency and plausibility.

Sadly, it seems futile to hope for cultural change among politicians and a shift to integrity.

To some extent, we need to be the change we want.

The fact both sides of politics so brazenly play us for suckers is as much our fault as it is theirs. If politicians thought there were real consequences at the ballot box for this sort of behaviour, they would think twice.

But there aren’t. When both sides are guilty it’s understandable that voters become so cynical that they just factor it in and look to other issues.

If more voters were willing to make “cooking the books” a decisive issue, that might change.

Politicians respond to incentives. My favourite illustration of that is how United Nations officials used to be exempt from parking tickets in New York City. As economists Ray Fisman and Ted Miguel showed[3], when norms alone governed behaviour, officials from corrupt countries basically parked wherever they wanted. Once city authorities got the ability to confiscate diplomatic licence plates of violators, things improved radically.

So as long as the mainstream media refuses to issue our politicians with the moral equivalent of parking tickets for cooking the books of public debate, politicians are going to keep doing it.

Now, many commentators do exactly that – and some of them are brilliant and fearless. But other folks, on the right and on the left, seem to have the attitude that both sides play fast and loose with the facts so it’s fine for them to call out whichever side they personally like the least.

Actually, scratch “seem to have the attitude”. They’ll tell you that to your face.

When Australian cricket captain Steve Smith and vice-captain David Warner got caught in a ball-tampering racket, there were consequences.

When our elected representative do something similar, but with our nation’s finances –with consequences for growth, employment, welfare benefits, retirement incomes, and climate change – they get a pass.

That’s got to stop; and we’ve all got our part to play.