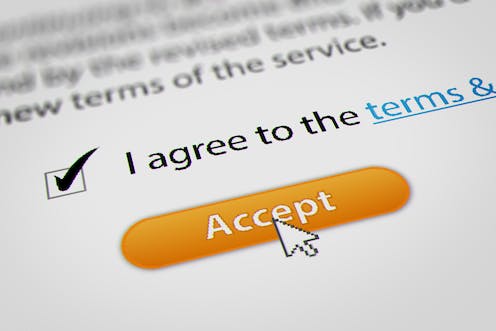 The last time you used a car parking building and paid for the service online, did you pause to read the terms and conditions? If not, you might be surprised to find the car park operator could have the right to remove your vehicle without having to give any reason — and would not be obliged to refund any charges you’ve paid.

This is just one example of commercial terms identified as potentially unfair in a new study[1] by Te Herenga Waka—Victoria University of Wellington in association with the Ministry of Business, Innovation and Employment.

The study compared contracts from 2015 and 2018 (the latest available data) to assess whether businesses are revising their contracts to remove “potentially unfair terms” in line with changes[2] to the Fair Trading Act introduced in 2015.

Such terms are defined as those a court could find unfair, based on the law’s own criteria. Other examples of potentially unfair terms revealed in the study include:

We may choose not to connect […] services to your premises for any reason, including where we reasonably consider it uneconomic or unsafe to do so. We may exercise this right at any time, even after we have accepted your application for […] services.

You agree to pay any such charges and fees in addition to your membership fee and acknowledge that all fees in the agreement are subject to change at our discretion and without notice.

The study reveals potentially unfair terms are relatively common in standard form contracts — those terms and conditions for which most of us simply click “I agree”.

Every one of the 134 contracts from 2018 contained at least one potentially unfair term. The most common penalises the customer but not the service provider for a breach or termination of the contract.

A previous study[3] by the University of Auckland in 2015 had looked at contracts issued by New Zealand businesses. The new study was able to directly assess 119 of these to see whether they had amended their contracts to remove potentially unfair terms.

In fact, there was an overall increase of 9.2% in unfair terms between 2015 and 2018. Significant increases were seen in the health and fitness and telecommunications industries.

Just 22 of the 119 contracts reviewed had fewer potentially unfair terms in 2018. Significant declines were seen in banking, digital music and transport.

These results will disappoint those who had hoped the Fair Trading Act changes in 2015 would lead to a reduction in unfair terms in standard form consumer contracts.

The study report makes several recommendations aimed at improving compliance with the law, including more active enforcement by the Commerce Commission.

So far, the commission has issued just two sets of court proceedings seeking declarations of unfair terms. One of these resulted in a declaration that certain terms in the contracts of mobile trader Home Direct relating to a voucher entitlement scheme were unfair[4]. The other case concerned the terms of ticket re-seller Viagogo and is ongoing.

A key issue identified in the report is that consumers themselves can’t take action in court (or any other tribunal) when they have bought goods or services on potentially unfair terms.

The report recommends consumers should be able to take an unfair terms case to the Disputes Tribunal[5] and that the tribunal be allowed to adjudicate.

Lower-level enforcement is also recommended, such as the commission issuing warning letters. Education would also improve the situation.

The establishment of a database of terms that New Zealand and Australian courts have found to be unfair would help both traders and consumers. Given the similarities in the jurisdictions, Australian cases are likely to be influential in New Zealand.

Without such measures, it seems likely businesses will continue to include potentially unfair terms in their standard form contracts. New Zealand consumers deserve better protection.