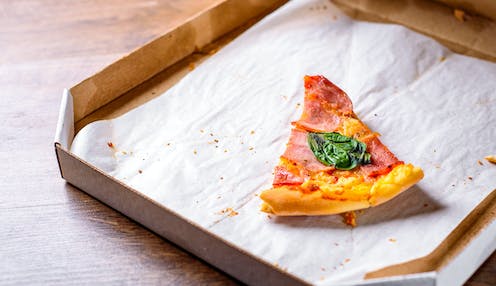 Over the course of a single week South Australia was plunged into one of the world’s strictest, and briefest, lockdowns.

The drama, estimated to have cost the state’s economy A$100 million[1], came down to pizza – specifically, fears the state’s outbreak of COVID-19 was an especially virulent strain transmissable by pizza boxes.

In the end it actually came down to a kitchen hand lying about having a second job at a pizzeria, rather than simply being a customer as he first told contact tracers.

South Australian premier Steven Marshall has said authorities will use “all and every avenue to throw the book at this person”. Members of South Australia Police’s “Taskforce Protect” have reportedly combed through hundreds of hours of CCTV and seized phones, a laptop and a hard drive “directly related to the person of interest[2]”.

It is understandable state authorities would want to signal the importance of truthfulness in this scenario. But the instinct to grasp punitive measures fails to account for the cause of the problem.

This debacle again illustrates the problem of insecure and low-paid work, and the moral jeopardy it forces on hundreds of thousands of people really just trying to make ends meet.

We’ve seen this before, in Victoria, with the problem of nursing home staff and meat processing workers still going to work and not self-isolating despite having COVID symptoms.

Now South Australia has illuminated the problems of workers in “essential” jobs having to moonlight in second jobs, and perhaps feeling the need to lie about it.

We need a holistic response that considers the systemic reasons that force people into such situations to preserve their livelihood.

At least two links in the chain of events leading to the South Australian outbreak highlight the problem of precarious and insecure work.

The first is how the pizzeria – the Woodville Pizza Bar – became a transmission vector.

That had to do with a kitchen hand at the pizzeria also working as a security guard at Peppers Hotel, one of the hotels being used to quarantine travellers returning to the state. He apparently caught the virus from a cleaner at the hotel, who caught it from a quarantined guest.

This part of the story has prompted calls[4] for workers at quarantine hotels to be banned from from working second jobs.

To which the obvious retort should be: if we don’t want people to work two jobs, perhaps we should ensure they have enough hours and pay so they don’t need to.

The second link – the man who lied about working at the pizzeria – speaks to the predicament faced by tens of thousands of people in Australia on visas (in this case, a temporary graduate visa). In a bizarre coincidence, he too was working in the kitchen at another quarantine hotel (The Stamford).

There are an estimated 900,000[6] foreign nationals in Australia on visas with work rights, almost always with restrictions. The jobs they find are often insecure low-paid casual or gig jobs, possibly cash in hand.

Many of these jobs – in hospitality, for instance – were the first to disappear with lockdowns. And because they aren’t citizens, they have been excluded from federal government financial support[7].

Address the problem, not the symptoms

Sure lying is wrong – particularly if it shuts a city down.

But it should also be unsurprising in the face of fear – and fear of losing work is central to insecure work.

This is compounded for migrant workers by an additional fear: losing the right to stay in the country, through breaking rules that limit working hours. But they often have little choice, as the only way to make enough money to compensate for being exploited and often earning well below the minimum wage[9].

What has happened in South Australia is a symptom of the same problem that bedevilled Victoria’s outbreak. It should have been foreseeable. Researchers have been warning about the negatives for years. The pandemic has made them plain.

A punitive and knee-jerk call for punishment is at best another half measure. It won’t fix the systematic problem of precarious work.