The mediatech revolution is well underway. It’s in our lounge rooms, bedrooms and on our way to and from work. We’re tuning into Spotify, playing Fortnite and watching Netflix into the wee hours like there’s no tomorrow.

The term “mediatech” has been used for over a decade to label startups with a media and technology focus in the age of the web.

There are now more than twice as many private companies worth more than US$1 billion[1] (also known as unicorns) in mediatech today (116) than as in the more well-known financial technology (fintech)[2] sector (52). 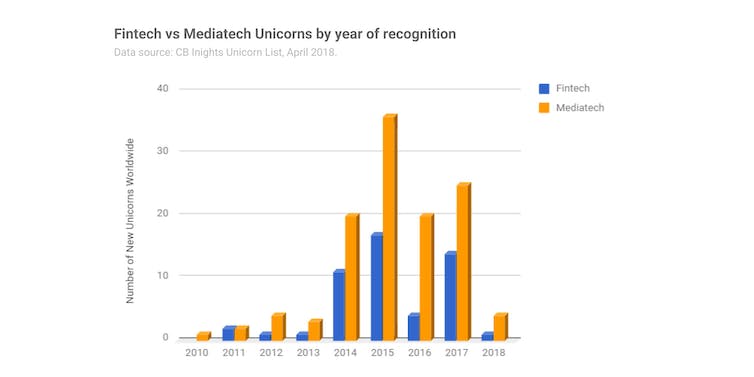 Fintechs vs mediatech unicorns by year.

The total cumulative value of the Top 100 mediatech unicorns and recent ex-unicorns that have gone public such as Spotify, Dropbox and Snap! is now worth more than US$275 billion. 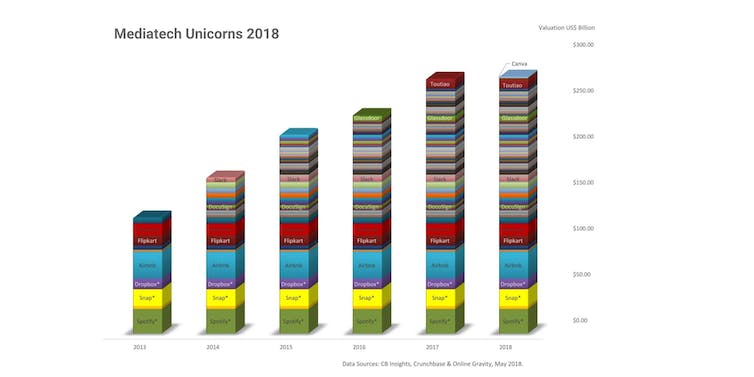 Today’s tech giants including Apple, Microsoft and Adobe all have their roots in media technology for the personal computer at the famous Xerox PARC[3] - the revolutionary media research lab that reinvented the modern office in an age of the personal computer. Its legacy includes many of the things we take for granted in computers today such as the familiar windows, icons, mouse and pointer-driven graphical user interface, local networking and the faithful reproduction on printers of what you see on the screen. 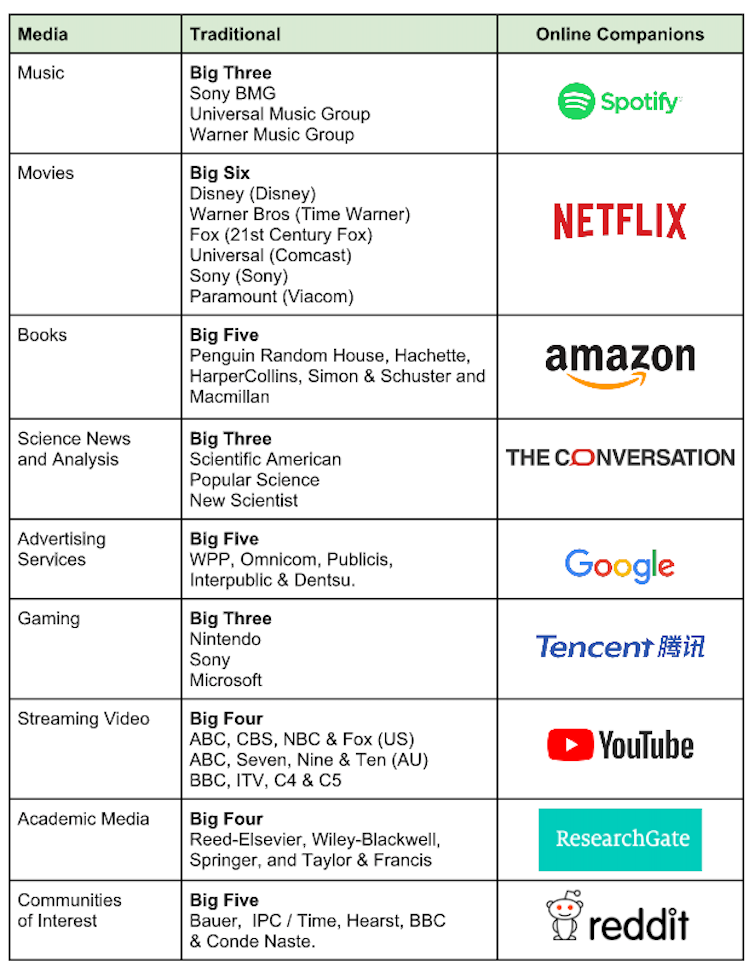 So far however there has not yet been a mediatech “movement” in the way the 2015 fintech rush took off. Perhaps that is because many mediatech companies are still seen as music, games, photography, or advertising tech companies.

Many of the today’s largest players in financial services are fintechs from another era. Bloomberg, Vanguard and Computershare all began as pioneers at the intersection of technology and differing areas of financial services: revolutionising and later dominating the market data, index fund and share registry sectors respectively.

Andreesen Horowitz had previously backed Facebook, Skype and Twitter and so this triggered a global rush of excitement about the potential for further investments in this vein. In each year since, venture capitalists have made over 1,000 investments each year in fintech startups representing over US$12 billion per annum according to KMPG’s latest Pulse of Fintech Report[6]. 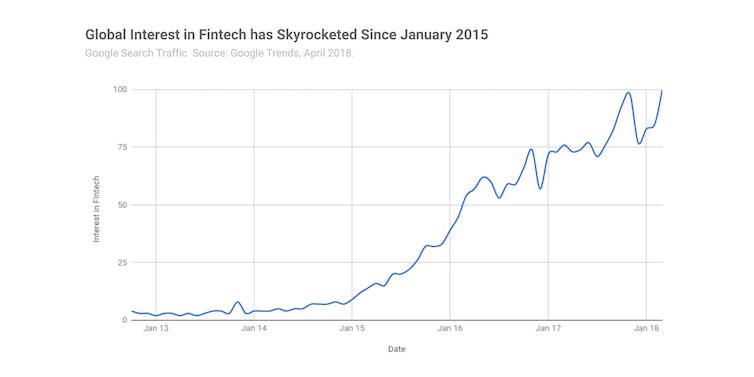 The first mention of Fintech on twitter was on January 11, 2007 yet, you can see it really caught on as a concept in January 2015 when the leading technology venture capital firm Andreesen Horowitz invested in Transferwise. Chart: Online Gravity

Has mediatech’s day in the sun arrived?

Like finance, media and technology have enjoyed a long and productive history together. As early bedfellows, one of Hewlett Packard’s important foundation customers was the pioneering Walt Disney who was using HP’s oscilloscopes to create pioneering feature-length animated films like Fantasia — the first film with surround sound. 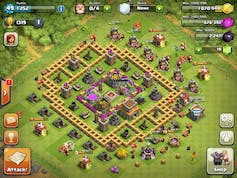 In June 2016 Finland’s Supercell (and maker of Clash of Clans) became Europe’s 1st decacorn (private tech co valued at over US$10bn) thanks to a majority investment from China’s Tencent. bata/flickr

Next generation classified giants like Zillow, Seek and even dating services like eHarmony and Tinder are all mediatech companies at heart as they aggregate, organise and present photos, maps and data online. And popular collaborative services marketplaces like Kaggle, Deliveroo and Airbnb are also new forms of mediatech. Their principal functions are to create online platforms for third parties to meet, facilitate workflow and exchange services.

New media formats continue to be a source of innovation as dozens of high growth mediatech startups emerge around the world. They span everything from 3D printing, such as Formlabs[8] in Cambridge, Massachusetts; to virtual reality, such as the enigmatic and secretive Magic Leap[9] based in Florida. Outside the US, Oovvuu[10] is another example, offering automated matching of videos, using artificial intelligence, with news stories and readers around the world.

Mediatech in everyday use

As we did with the Graphical User Interface desktop computing era, we are now seeing a new group of online media technology giants come of age who make our office life more productive. These include Campaign Monitor[11] that makes beautifully illustrated email easy, Slack[12] that makes it easy to share documents, photos and data across multiple devices, platforms and formats, and Buffer,[13] that simplifies the scheduling of social media postings. 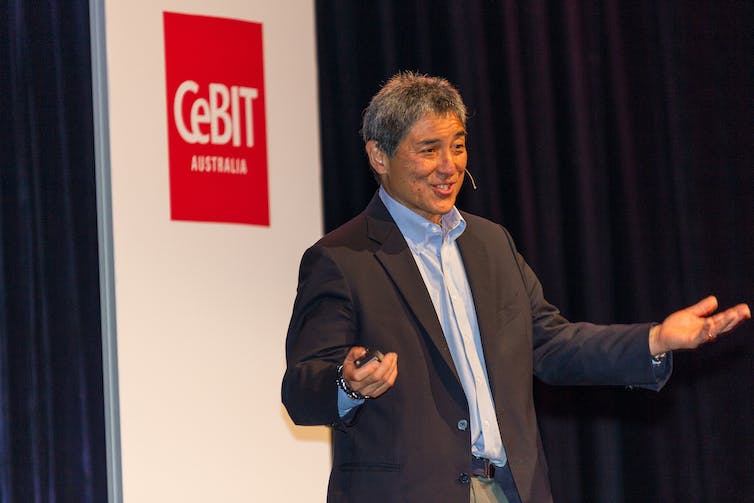 The potential for mediatech is enormous — today’s largest tech companies, each now worth over US$200 billion, got their start in mediatech - Apple with mobile music, Amazon by selling books online, Tencent with online gaming. And Facebook, Baidu and Google are all massive global marketplaces for advertising — using the power of the web to disrupt traditional media channels such as TV, newspapers and phone directories.

One may ask is there an equivalent to Transferwise moment for mediatech?

In January 2018, Sequoia China led an investment in Sydney-based Canva that valued it at US$1 billion[15], crowning it the latest Unicorn. Canva is helping reinvent desktop design and has 10 million users in 190 countries. Given its predecessor Adobe’s valuation at US$106 billion it clearly has ample headroom for further expansion.

Are we are on the cusp of global #mediatech movement? That remains to be seen but the stage is set for investors, businesses and consumers alike.