For some people tax time will result in no tax paid this year, and if past years are anything to go by, about 50 of them[1] will be millionaires.

For some of these 50 or so very high earners, managing tax will be expensive. The two dozen or so that typically claim deductions for the “cost of managing tax affairs” claim an average of about $1.7 million each[2].

It might have been with this in mind that during last year’s election campaign Labor promised to cap the size of the deduction people could claim for “managing tax affairs”. The proposed cap was $3,000[3].

Tax agents would still be able to charge more than $3,000 – a lot more if they want to, even an additional million or more – but their clients would only be able to deduct $3,000 of it from their income when submitting their tax return.

The rationale was straightforward: if people are claiming over $1 million in deductions on money spent managing their taxes, then putting a ceiling on those deductions ought to stop it. 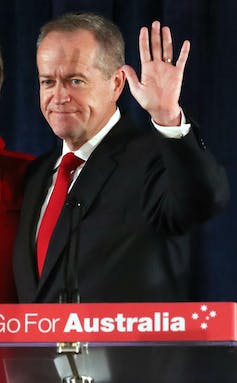 Labor leader Bill Shorten wanted to cap the deduction for the cost of managing tax affairs at $3,000. DAVID CROSLING/AAP

Often in tax we plug holes quickly rather than stepping back and looking at the whole system and its interactions. And then we have to plug another one.

The question to ask first is whether capping this individual line item would prevent or move the leakage.

We went to the source by conducting a nationwide survey[4] of Australia’s most senior tax professionals to glean their perspectives.

Our findings reflect the views of people who, to paraphrase Mandy Rice Davies[5], “would say that, wouldn’t they”.

Nonetheless, the detail of what they told us was surprising.

Here’s what they said.

As we said, you are welcome to consider the possibility that the observations of the tax professionals are self-serving, but their overwhelming embrace of more tax audits and their pleas for the tax law to be easier to understand also suggest a keenness to ensure that taxpayers do the right thing.

Read more: Be careful what you claim for when working from home. There are capital gains tax risks[9]

Labor’s proposal to cap the deduction for the cost of managing tax affairs at $3,000 (when for most people the deduction is closer to $300[10]) was understandable, although it might not have worked as intended.

It was a reminder of the oft-quoted maxim that for every problem there is a solution that is simple, neat – and wrong.

For further details, please see: Kayis-Kumar A, Evans C and Lim Y, To cap or not to cap? Policy options for dealing with the costs of managing tax affairs deduction in Australia[11] (2020) 35(2) Australian Tax Forum.