As Australia burned over summer, many of us gave generously, donating an extraordinary A$500 million[1] by mid-January.

Charities had to scramble, as did organisations directing us to charities. For its new year’s eve fundraiser the ABC chose the Red Cross[2].

Weeks later, the New South Wales state MP for Bega, Andrew Constance, a local whose electorate was in the heart of the fires, attacked the Red Cross, and also the Salvation Army and St Vincent de Paul, arguing not all of the money was getting through[3]:

The money is needed now, not sitting in a Red Cross bank account earning interest so they can map out their next three years and do their marketing.

The Red Cross responded, conceding it was using 10% of donations for administration but noting that it was handing out A$1 million[4] every day.

The confusion and negativity continued, with comedian Celeste Barber[5] seeking legal advice over the fate of A$50 million she raised for the NSW Rural Fire Service.

Read more: Celebrity concern about bushfires could do more harm than good. To help they need to put boots on the ground[6]

It was too much for the fire service to spend quickly on running expenses and buying and maintaining equipment. And it was prevented by its trust deed from passing it on to other charities.

The fallout suggests we want to be sure our money is being used to help, but we’re not sure that it is.

What can charities and donors do?

My research into the role played by reputation[7] in donations indicates that it is important for charities to define their role clearly.

This includes stating plainly how they are meeting the reporting and other requirements imposed on them by the Australian Charities and Not-for-profits Commission[8] and educating the public about those requirements[9].

We need to do our research, think carefully before donating, and watch out for scammers[10].

It is important to be comfortable with each charity’s mission and objectives. They cannot act outside them without running the risk of being deregistered.

We can search for information on all charities using the commission’s charity search tool www.acnc.gov.au/charity[11], or for smaller sets of charities using charity ranking sites such as:

The Australian Charities and Not-for-profits Commission already does a lot, but given the power, there’s more it could do.

What can Australia’s regulator do?

It could require funds raised for emergencies to be kept in trust, and reported on in more detail at regular intervals through a running statement of distribution of funds.

It could require further standardised reporting, although this would be expensive and charities are already heavily criticised for the percentage of funds used for administration.

It could also set up a one-stop shop for disaster relief. 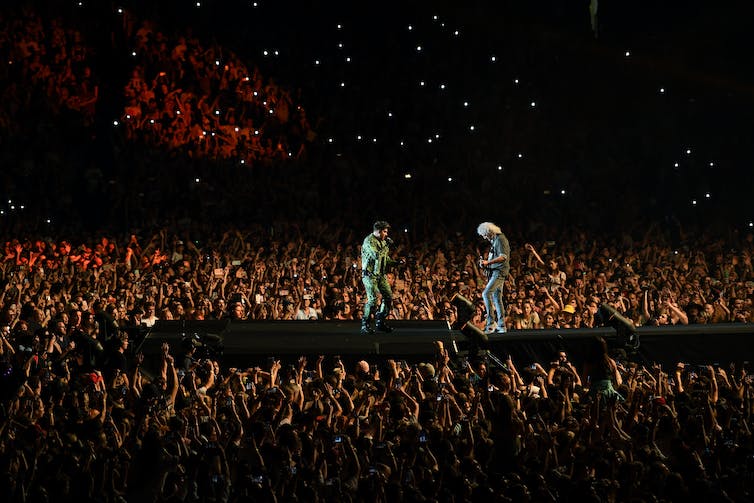 The department of foreign affairs[12] set up one for foreign disasters that was first used for the Bangladesh-Myanmar appeal in 2017, bringing together eight Australian charities to create a single website and a single phone number that could be used to direct calls to each individual charity.

There are understandable calls[13] to do the same thing for domestic disasters.

Some charities might not welcome combined appeals, fearing they would reduce their own visibility and impose more hurdles. But the hurdles shouldn’t be impossible to leap. A global[14] organisation has been set up to ensure best practice.

Read more: How to select a disaster relief charity[15]

The Advance Global Australian Bushfire Appeal[16] set up by five charities during the bushfires shows what can be done, as does February’s Fire Fight Australia concert[17].

A government-certified single point of contact, backed up with specific reporting requirements, could provide a level of certainty that the public feel more comfortable with in times of emergency in the future.