That was the immediate greeting from the driveway attendant when pulling into the service station in the days before self-serve pumps[1].

Yes, once there was someone to pump your fuel and check your oil and water.

Then, in order to reduce operational costs and remain competitive, they became “self-service” – you pumped your own fuel, pumped your own tyres, and didn’t dare ask for mechanical assistance. 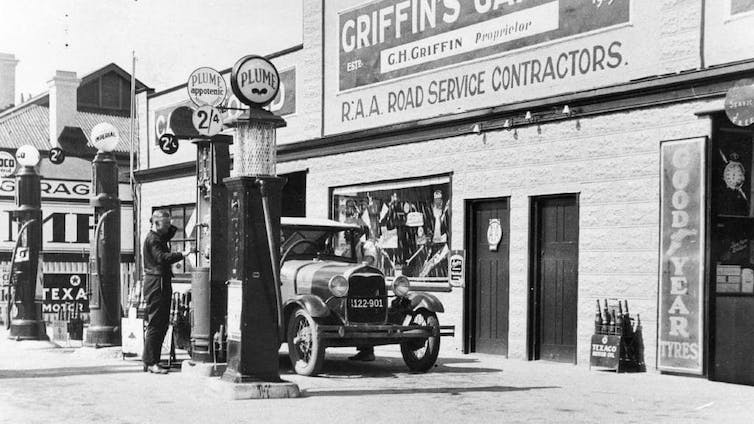 Today’s announcement that David Jones and BP are joining forces[3] to to “create all-new centres of convenience” appears to mean servos are getting back into service, taking the focus off fuel prices and putting it back onto customer experience.

Moving into fuel and convenience is a logical, although risky, move. Two service station chains have moved first.

Rather than competing only on fuel prices or 4 cent discounts, they are competing on “customer experience”. Stay a little longer, charge your phone and deal with some important emails. Have a barista-made espresso, or a Boost Juice. Grab a YouFoodz[9] meal to take home for dinner. 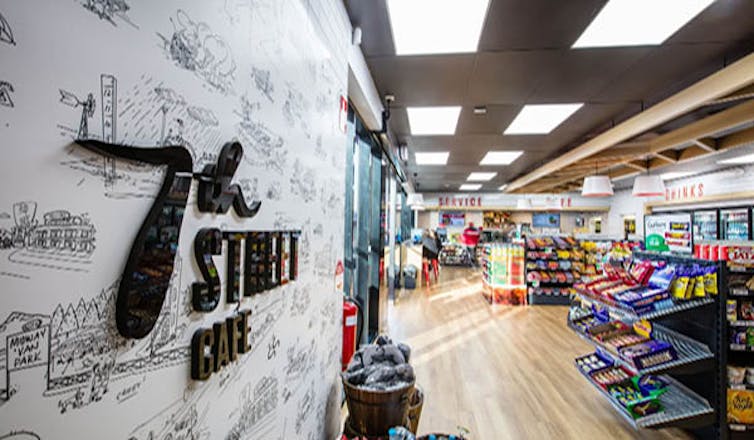 Puma Energy Then, in 2017, Caltex also opened its first Foodary[12], offering “breakfast, lunch and dinner options to go, locally roasted barista-made coffee and goods from local businesses”. The meal kits are from The Corner Store[13], the baked goods from Brasserie Bread[14]. 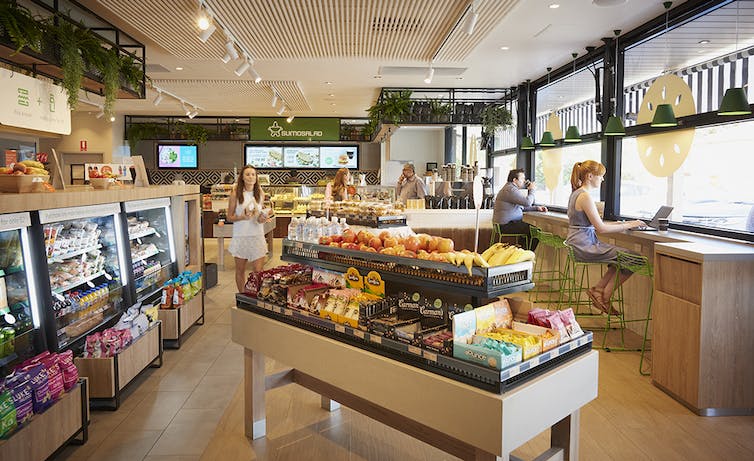 Caltex The thinking is that convenience is king. We are more time poor[15] than ever, but we don’t want to scrimp on quality. The same phenomenon is contributing to the growth of meal delivery services[16]. One-third of consumers are now using a restaurant or meal delivery service, and 7% get delivery once a week[17]. The “premiumisation” of convenient fast food is an enormous growth opportunity, with market research company IbisWorld[18] forecasting revenue growth of 4.7% through 2018-19 to A$7.6 billion, something David Jones wants to grab a part of in partnership with BP. It won’t happen everywhere Don’t expect to see a David Jones infused BP service station in your own neighbourhood any time soon. DJs says over the next six months they will be “strategically positioned[19]” in 10 key locations in Sydney and Melbourne populated by a high proportion of “busy, urban, health-conscious customers”. It can be thought of as customer segmentation, this time based on time and income[20]. It will fragment the fuel and convenience sector. At one end will be Coles Express and Caltex Starmart, offering value and low prices. At the other will be Caltex with The Foodary, Puma with 7th Street, and David Jones/BP offering “gourmet convenience”. But it might take our minds off prices Offering a premium food and customer experience will help insulate BP from the effect of high fuel prices[21]. Last week, Coles Express announced a decline of almost 70% in earnings before interest in tax. When your offer is low prices and convenience but you can’t control fuel prices, you are at risk of losing customers. Read more: Aussie retailers need to adapt to a world built on speed[22] Aiming at time-poor high income motorists offers protection. People filling up their BMW don’t care whether the price is $1.50 or $1.80 a litre. Of course while there would be winners, there would also be losers, the biggest being traditional convenience stores and second tier supermarkets bearing brands such as IGA and Foodland, supplied by the listed wholesaler Metcash[23]. The ability to zip in, fill up and grab a quality food might become another nail in the coffin of the local convenience store.