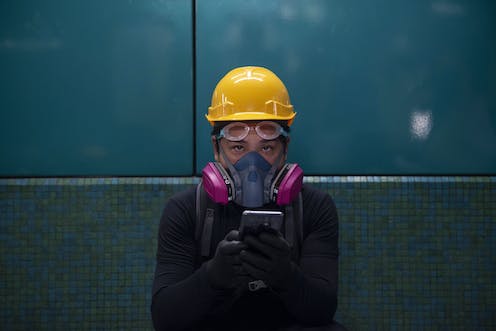 What’s happening in Hong Kong right now has direct bearings on Australia. It goes to an issue crucial to our position in a world economic order that is likely to be shaped less by the United States, still our most important ally, and more by China, our ever more valuable trading partner.

At the heart of the Hong Kong protests is the same issue that causes concern about China’s ambitions from the South China Sea to the South Pacific. It’s about the Chinese government’s commitment to an idiosyncratic idea of the rule of law.

Hong Kong has something like a constitution or bill of rights, called the Hong Kong Basic Law[1]. It’s a legacy of British colonial rule, which the Chinese government agreed to preserve because there was value in keeping Hong Kong the prosperous city it had become.

China has a very different approach to law. Its constitution can and has been changed at the whim of the ruling party. There is no separation of powers, and no such thing as an independent judiciary.

The trigger for the Hong Kong protests was a proposed law enabling China to extradite Hong Kong residents and visitors. Protesters foresaw democrats and dissidents disappearing into China’s prison system. The judicial “firewall” giving meaning to the notion of “one country, two systems” would be fatally undermined. Hong Kong’s distinctive culture and economy would be destroyed with it.

Read more: The Hong Kong protesters have turned militant and more strategic – and this unnerves Beijing[2]

The idea of law as an instrument of the Chinese Communist Party shapes the Chinese government’s domestic policies, and also its approach to international law. It respects international conventions when it has to, and when it is in the national interest. But there’s a point where it is quite willing to thumb its nose at the whole idea.

This willingness has stiffened under the leadership of Xi Jinping, who has reaffirmed in word and deed that the Chinese Communist Party “is the highest force for political leadership[3]”.

Law of the sea

An example is China’s view of the United Nations Convention on the Law of the Sea in its dispute with the Philippines over island territory in the South China Sea.

In 2016 a UN tribunal unanimously found in favour[4] of the Philippines. China refused to accept the verdict. It declared[5] it “would continue to abide by international law and basic norms governing international relations”, but also added:

The Chinese government reiterates that, regarding territorial issues and maritime delimitation disputes, China does not accept any means of third party dispute settlement or any solution imposed on China.

It therefore continues to claim the South China Sea as an “inalienable[6]” part of its territory. In direct defiance of the ruling, it has also built artificial islands within the Philippines’ exclusive economic zone, and built military bases on those islands.

China’s official narrative is that it doesn’t reject international law per se, but simply wants law that accommodates “Chinese characteristics”, including China’s preference for resolving disputes one on one.

Given that the point of establishing the United Nations and other multilateral institutions such as the World Trade Organisation was to replace “might makes right” with something like an international rule of law, this is likely to prove cold comfort for smaller nations.

As Xi told the 19th National Congress of the Chinese Communist Party in 2017:

Read more: Australia has too few home-grown experts on the Chinese Communist Party. That's a problem[8]

Beijing’s view of the rule of law is thus very different to what most of the rest of the world understands. The potential consequences are not lost on the citizens of Hong Kong, and they should not be lost on China’s neighbours and trading partners.