Rarely does a Reserve Bank governor get to remake Australia.

As director general of the Department of Post-War Reconstruction from 1943, he was instrumental in creating the White Paper on Full Employment in Australia[1] that was adopted as a guide by prime ministers from Chifley to Menzies to Whitlam.

He ensured the objective of full employment became part of the charter of the Reserve Bank when he became its first governor[2] in 1960, moving over from the then government-owned Commonwealth Bank, which had performed the Reserve Bank’s functions up to then.

After once again cutting interest rates to a new record low at a special Reserve Bank board meeting in Darwin on Tuesday, his latest successor Philip Lowe will travel to Yirrkala in Arnhem Land to visit the site where some of the Coombs ashes were buried. 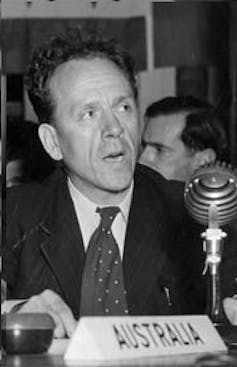 On Tuesday night in Darwin, he paid tribute[4] to Coombs. He said that in his dual roles as governor of the Reserve Bank and chair of the Council for Aboriginal Affairs, he was a strong advocate for land rights and the preservation of cultural values and traditions.

Another governor who remade Australia was Bernie Fraser, head of the treasury when Prime Minister Paul Keating made him governor of the Reserve Bank in 1989 – shortly before Australia plunged into recession.

He cut rates dramatically from early 1990, as might have been expected in order to bring about a recovery. But then, well before the recovery was complete (and the unemployment rate was still about 10%), he stopped cutting and started pushing rates back up – much to Keating’s displeasure. 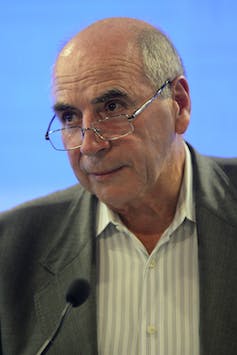 His rationale appears to have been to salvage something out of the unusual circumstances in which Australia found itself. With inflation on the ropes because of the recession, he decided to keep it there – to squeeze out high inflation forever. With one temporary exception during the introduction of the goods and services tax in 2000 it never again returned to the rates of 5% or more that had been common.

He did it not because of an unusual opportunity, and changed Australia forever.

And so to Philip Lowe, who on Tuesday night in Darwin indicated that he too was taking advantage of an unusual opportunity and would probably change Australia forever.

Until a few years ago, it was thought that Australia’s rate of “full unemployment” – the rate below which unemployment couldn’t stay without stoking inflation – was touch over 5%. As it has fallen to 5% in the past year without stoking either inflation or much-wanted wage growth, the bank has come to revise its view. It now thinks something has changed and the “full employment” is probably 4.5% or lower[5], a low that was reached during the peak of the mining boom but hasn’t been sustained since the early 1970s.

Lowe could have ignored the opportunity to push unemployment down that far, to a low that hasn’t been sustained since the 1970s. Instead, in Darwin on Tuesday night, he embraced the opportunity, saying his board was:

Governor Lowe plans to usher in the lowest unemployment target in half a century. He believes the economy can sustain it. He said several times on Tuesday that he would prefer the government to help out with infrastructure projects and the like[6], but if it won’t, he is “prepared to adjust interest rates again if needed to get us closer to full employment”.

He is doing it because the opportunity is there, as did Coombs and Fraser before him.

There’s no telling (yet) how far rates will have to fall to achieve it. Without setting out to, Lowe is remaking Australia.

Read more: Buckle up. 2019-20 survey finds the economy weak and heading down, and that's ahead of surprises[7]