If we can avoid a recession for another two years, then on July 1, 2021 Australia will have recorded a record 30 years of economic expansion. We will be entering our fourth decade recession-free.

That’s the expectation embedded in the Reserve Bank’s latest set of forecasts in its Quarterly Statement on Monetary Policy[1]. But it will be a challenge.

A major downturn in housing markets, historically low interest rates and an international economy more complex and troublesome than we have seen for decades mean the new government will need to take bold and creative decisions in order for us to achieve this truly remarkable milestone.

Things would be okay globally… 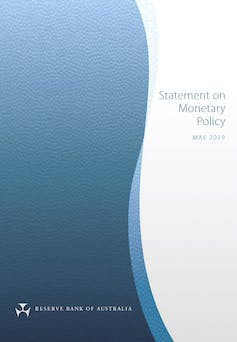 Reserve Bank Statement on Monetary Policy May 2019[2] The bank has painted a benign picture of the global economic outlook for the next few years after recent data have allayed concerns about a US recession. The Chinese authorities appear to have stabilised growth in the worlds second largest economy after fears of a steeper decline in activity emerged late last year. Although the Chinese economy faces many challenges, there doesn’t appear to be any signs of an imminent problem. That should leave economic growth in Australia’s major trading partners at a respectable rate of 3.75% over the next few years, not different to the global economy. While not exactly a boom, growth it should be enough to support the Australian economy through to 2021. This is reflected in the bank’s expectations for the key sectors linking Australia to the world economy. Resources exports are expected to experience strong growth, as are education exports and tourism. The bank is even expecting manufacturing exports to grow, due to healthy global growth and a low Australian dollar. The same can’t be said for rural exports, with drought conditions expected to hurt our international sales for some time. …were it not for the threat of a trade war This otherwise upbeat assessment of global economic prospects could come to naught if the renewed trade dispute between the US and China intensifies. This is recognised a major risk to the Australian economic outlook. Even though Australia could benefit from Chinese domestic economic stimulus in response to difficult export markets, a continuation of rising protectionist measures would impact Australia directly and indirectly as global growth slows. Managing the China relationship in the midst of Trump’s trade war will be critical for the incoming government. A misstep could see China use non-tariff measures to slow Australia’s exports. Read more: Stakes are high as US ups the ante on trade dispute with China[3] That would also make life difficult for Australian companies attempting to capitalise on the opportunities that China’s emerging middle class offers. In Australia, households are battening down The bank is expects employment to continue to grow by enough to keep the unemployment rate stable. However, there appears to be little prospect that a rapid pick up in either wages or inflation will make much of a dent in Australian household’s real debt burdens. The bank has made it clear that the very low inflation environment will be with us for several years to come. The inflation pulse of the economy, which appears to have slipped to around 1.5% in the past six months, will only slowly pick up towards 2% by 2020 and might climb just above 2% (and back into the Reserve Bank’s target zone) in 2021. Read more: No surplus, no share market growth, no lift in wage growth. Economic survey points to bleaker times post-election[4] That gradual increase is unlikely to be meaningfully outstripped by wages growth, implying either a very small lift in living standards or no increase. It will result in very low consumption growth. The bank is forecasting historically weak consumption growth of about 2.5% for the next few years. It will put the high-employing retail sector under pressure for quite some time.

Reserve Bank Statement on Monetary Policy forecasts, May 2019[5] Two more rate cuts… The only good news for households (those with debt at least) is that there is some interest rate relief in prospect. The bank uses market pricing for the interest rate assumptions in the forecasts. Markets are pricing a 1% cash rate over the year ahead, down from the present record-low 1.5%, which the bank explicitly identifies as as two cuts of 25 points. Even with 50 points of cuts factored in, the bank believes it will only just meet its targets of falling unemployment and 2% inflation. It is possible it will have to cut further. But the effectiveness of interest rate cuts as a short term stimulus tool is in serious question. The costs of sustained easy monetary policy are rising. Read more: Vital signs. Zero inflation means the Reserve Bank should cut rates as soon as it can, on Tuesday week[6] Not only is wealth inequality a potential problem, but as interest rates get lower the banks might find it hard to pass cuts on. …but they mightn’t be enough A major issue for the new government will be to recognise the new-found importance of fiscal policy (spending and tax policy) to support economic growth. It will need to be done in an even handed way, without a hint of pork barrelling. Otherwise it will be wasted money. While lower interest rates will good news for the large proportion of Australians that have mortgages, they will not be great for savers. Whether it is someone saving for a home deposit or people living off retirement savings, these super low levels of interest rates will not make life any easier. This challenging environment for Australian households will have implications beyond just the economy’s performance, making for tricky political waters[7]. Populist political propositions will have much more resonance in difficult times, particularly in regional and rural areas with high retiree populations and the exposure to drought. Read more: Why the Reserve Bank shouldn't (but might) cut interest rates on Tuesday[8] The next Australian government should not be complacent on this front. An explicit strategy needs to be enacted to deal with the economic and political fallout from the ongoing adjustments within Australia’s household sector. Falling wealth and low real income growth will need to be addressed through serious structural reforms aimed at driving up productivity and real wages. In the short term the government is going to need to be ready to deploy its substantial resources to support households should conditions deteriorate. The low and middle income tax offset[9] ss a good starting point. Business is in good shape so far… Although business confidence has dropped over the past nine months, the bank expects businesses to continue to invest and hire new staff. It expects non-mining business investment to expand at a healthy rate. But this can’t be taken for granted given the precarious nature of consumer demand. The next government will have to be acutely sensitive to the risk of undermine business confidence. A hiring strike by business would be a dangerous proposition with an economy tiptoeing along a knife edge. Read more: Trick question: who's the better economic manager?[10] We might be surprised by good news. In other advanced economies in recent years an unexpected bonus has been generate strong employment growth despite economic and political uncertainty and modest economic growth. This international experience shouldn’t give us confidence that stronger employment growth translate into stronger wage growth, but it might at least help maintain consumer spending in the face of lower house prices. …except for construction The Reserve Bank is explicit in its expectation that housing construction will turn down over the next two years. The drop off in activity could be large and have a major negative impact on employment. Although there is currently a high level of activity in commercial construction, particularly infrastructure-related activity, it is unlikely one will offset the other. Governments across Australia have an opportunity at nation building. Funding costs are low, government finances are strong and the shrinking construction sector will free up labour and other resources. Which means its time for nation building This term of government will see very little economic momentum originating from consumers. They are in balance sheet repair mode. That makes it the perfect time for the governments to lead the way and drive private sector economic activity through a whole range of long-term investments in Australia’s future. Coordinating this with the states and identifying the right projects will be the most important challenge for the new government. Read more: Australia’s populist moment has arrived[11]