This article is part of an election series on wages, industrial relations, Labor and the union movement ahead of the 2019 federal election. You can read other pieces in the series here[1].

Some advocates of laissez-faire capitalism argue that trade unions are bad for productivity. “With few exceptions,” according to one American economist, George Reisman[2], “unions openly combat the rise in the productivity of labour.”

To answer this question, my colleagues Richard Freeman and Patrice Laroche and I surveyed the global evidence[5] from more than 300 studies on the economic impact of unionisation.

We conclude that unions do not, overall, reduce productivity, though it varies according to specific circumstances.

Unionisation does make businesses less profitable for the owners. But importantly, it also reduces income inequality, a useful social function given the problems that flow from a widening wealth gap.

Productivity refers to the efficiency of turning inputs into outputs[6]. It’s a key measure of economic performance. A nation’s productivity raises its per capita GDP.

The evidence from Australia is too thin to draw a credible conclusion (there are just a handful of studies[7]), so our overall findings reflect evidence from other nations.

That evidence is mixed. In Britain, for example, union influence has reduced company productivity. In the US, unionisation appears to be associated with higher productivity in the construction and education sectors, but has made no difference in manufacturing. In developing countries, the overall effect is generally positive.

Such differences can be explained by variations in labour market institutions[8]. These include employment protections, minimum wages and unemployment benefits. Laws influence social attitudes, and vice versa, which in turn affect relative negotiating power and whether unions and employers value cooperation over conflict. 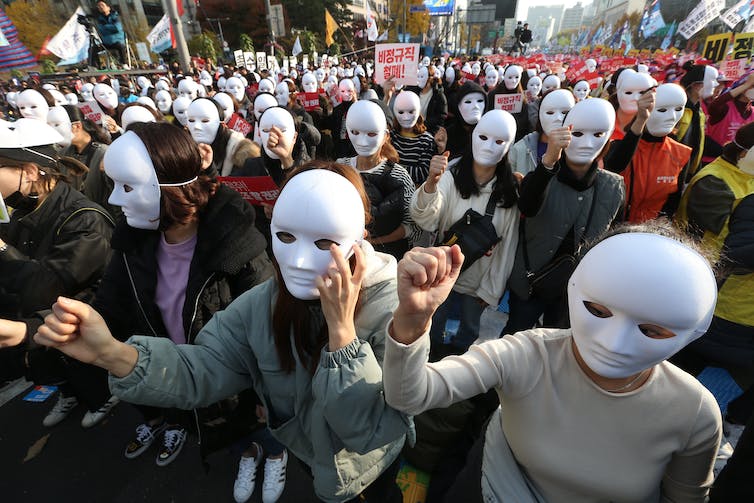 In theory, the more labour and capital cooperate, the more productive an enterprise is likely to be, providing higher wages and greater job security to workers and higher profits to shareholders. Less cooperation means lower productivity.

The evidence shows unionisation is associated with lower profits, because unions secure higher wages and benefits for their members.

By reducing the profitability of an investment, unions may discourage further investment as owners of capital seek higher profits elsewhere.

Further, unions can hurt business when they exercise their power to disrupt (through strikes and other industrial action). Union corruption[9] might also add to business costs.

But unions are by no means all bad for business. In representing worker interests, they can help make a company a more attractive place to work, reducing turnover[10] and increasing employees’ commitment to business success. Higher union wages and benefits also attract more job applicants, allowing management to select the best workers.

But a benefit to society

Most importantly, from a societal point of view, unions reduce pay inequalities. They increase the relative pay of lower skilled[11] workers. They help to establish pay norms[12] that extend beyond unionised companies.

Inequality is bad[13] for economic growth, because it discourages investment in education and innovation.

It is bad for democracy. It widens social divisions within societies and reduces participation[14] and political engagement[15]. It drives the rich to oppose[16] democratic reforms that might lead to wealth redistribution[17].

The increase in inequality in wealthy nations as union membership has declined over the past half century suggests unions are a pivotal institution for promoting equality. In OECD nations the average rate of unionisation was about 46% of the workforce in 1980. By 2015 it was 27%.

Meanwhile, the average income of the richest 10% of the population in OECD countries is about nine times that of the poorest 10%[18] – up from seven times 25 years ago.

The trade-off of lower profits and reduced managerial autonomy, with managers forced to work harder as they negotiate and compromise with unions, should be considered a cost-effective price to pay relative to the long-term costs of rising inequality.

So Alfred Marshall, a founder of neoclassical economics, had a point when he said in 1890 that trade unions “benefited[19] the nation as well as themselves”.