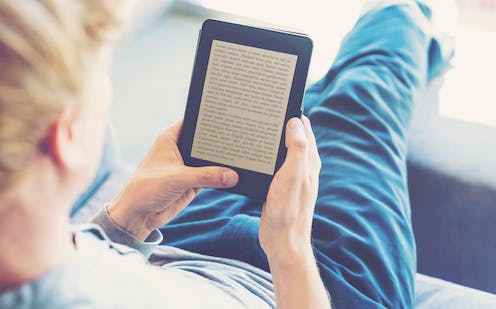 Australia’s consumer laws aren’t adequately protecting Australians who buy digital products such as e-books and digital music. If a TV doesn’t work, or an iPod or computer is faulty, the law provides a remedy. The same is true for physical books and music media – but not for their online counterparts.

Under Australian law[1] consumers are entitled to receive goods that are of acceptable quality and fit for their purposes, and that correspond with their description, among other legally enforceable consumer guarantees. But these guarantees apply only to “goods” and “services”.

How digital products fit (or don’t fit) into the goods and services categories has been debated for decades[2], and the law still hasn’t properly accommodated them.

Australia’s consumer laws went through a major update in 2010[3], but remain out of date. The digital world moves fast, but our consumer laws remain rooted in a system that assumes “goods” and “services” are the only types of trade. These laws still owe much to sale of goods legislation passed in the United Kingdom all the way back in 1893[4].

What are consumer laws?

The law generally expects that people and companies entering into contracts are able to look after their own interests. Consumer laws exist to provide additional legal protection to consumers, who are usually in an unequal bargaining position compared to the companies they deal with.

A consumer[5] is someone who acquires goods or services that are ordinarily bought for personal, domestic or household use, or for a price of A$40,000 or less.

Consumer purchases include a range of items – TVs, iPods and computers are just some examples. Where a consumer purchases goods, the law requires that those goods comply with particular consumer guarantees, no matter what the terms and conditions of sale say.

If a new “smart TV” won’t connect to wifi, or if an iPod or computer’s battery doesn’t last as long as it should, the consumer guarantees provide a remedy.

It was during the 1980s and through to the 2000s that initial questions arose over how the law treated software. The question at this time was whether software counted as “goods”. A series of court cases[7] found that software was considered goods only if it was supplied within a tangible object – for example, on a disk (later, on a CD or DVD).

Because of this, when consumers started downloading software over the internet they were left without many protections. If software downloaded directly from the internet didn’t do what it was supposed to do, they might have no effective legal rights at all.

In 2010, with the Competition and Consumer Act[8], the definition of goods was finally amended to include “computer software”. But this still excludes many common digital products, such as e-books and digital music. These do not constitute “computer software” as the law understands it.

Read more: So you bought the new iPhone? Here are your rights if it breaks[9]

If they don’t constitute computer software, they also aren’t goods under the law. And if they aren’t goods, consumers who acquire these digital products don’t obtain the protections and guarantees of Australia’s consumer laws.

The wider consequences of inequality in the law

Beyond this problem for consumers, this legal gap also creates an inequality for retailers. Retailers that deal in physical books and music (whether they are “bricks and mortar” or online) are required to comply with the guarantees and protections under Australian consumer law.

This means that businesses dealing in physical goods incur costs that those that sell only digital equivalents (apart from software) can avoid. Australia is in effect subsidising those who sell only digital products (many of them foreign companies) by not subjecting them to the same legal liabilities.

Read more: Like it or not, you're getting the NBN, so what are your rights when buying internet services?[14]

Australia doesn’t necessarily need to move this far – yet. But the British legislation[17] could be an interesting model for longer-term consumer law reform in Australia[18].