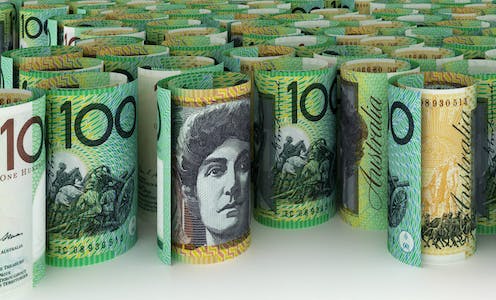 Another federal budget, and yet more tinkering to superannuation tax breaks. But the latest changes will only help older wealthier Australians. The losers are younger workers and taxpayers.

From July 1 2020, Australians aged 65 and 66 will be able to make voluntary pre- and post-tax superannuation contributions without having to pass the Work Test[1], under which they are required to work a minimum of 40 hours over a 30-day period.

About 55,000 Australians aged 65 and 66 will benefit from these changes at a cost of A$75 million over the next four years.

It’s another boost for tax planning

Treasurer Josh Frydenberg says the changes will help Australians save for their retirement.

But most 65- and 66-year-olds still working to top up their superannuation are already eligible to make voluntary super contributions, because they satisfy the Work Test. Working 40 hours over a 30-day period – or little more than one day each week – is hardly onerous.

For every dollar contributed to super that genuinely helps Australians save more for their retirement as a result of these changes, there will be many more dollars funnelled into super to make extra use of superannuation tax concessions.

The biggest winners will be wealthier retired 65- and 66-year-olds with other sources of income, such as from shares or property, which they will now be able to recycle through superannuation.

Read more: View from The Hill: budget tax-upmanship as we head towards polling day[2]

They will be able to put up to $25,000 into super from their pre-tax income and then – because super withdrawals are tax-free – take the money back out immediately. Their contributions to super are taxed at only 15%, whereas ordinary dividends or bank interest is taxed at their marginal tax rate. The tax savings can be as high as $5,000 a year[3].

Such strategies aren’t costless: other taxpayers must pay more, or accept fewer services, to make up the difference.

It will mean larger inheritances

The government is also allowing 65- and 66-year-olds to make three years’ worth of post-tax super contributions, or up to $300,000, in a single year.

These changes will mainly boost inheritances.

Most people who make after-tax contributions already have large super balances and typically contribute from existing pools of savings to minimise their tax.

Grattan Institute’s 2016 report, A Better Super System[4], found that only about 1% of taxpayers have total super account balances of more than $1 million, yet this tiny cohort makes almost one-third of all post-tax contributions.

These changes will turbo-charge so-called “recontribution strategies” that minimise the tax paid on superannuation fund balances passed on as inheritances. When inherited, super fund balances originally funded by pre-tax contributions can be taxed[5] at 17% (including the Medicare levy), depending on the age of the deceased and the beneficiary.

It fails the government’s own test

In 2016, the government tried – but failed – to define the purpose[7] of superannuation as providing “income in retirement to supplement or substitute the Age Pension”.

The proposed objective rightly[8] implied that super should not aim to provide limitless support for savings that increase retirement incomes.

The benefits of super changes should always be balanced[9] against the costs of achieving them. The government’s latest changes fail that test.

Read more: Expect a budget that breaks the intergenerational bargain, like the one before it, and before that[10]