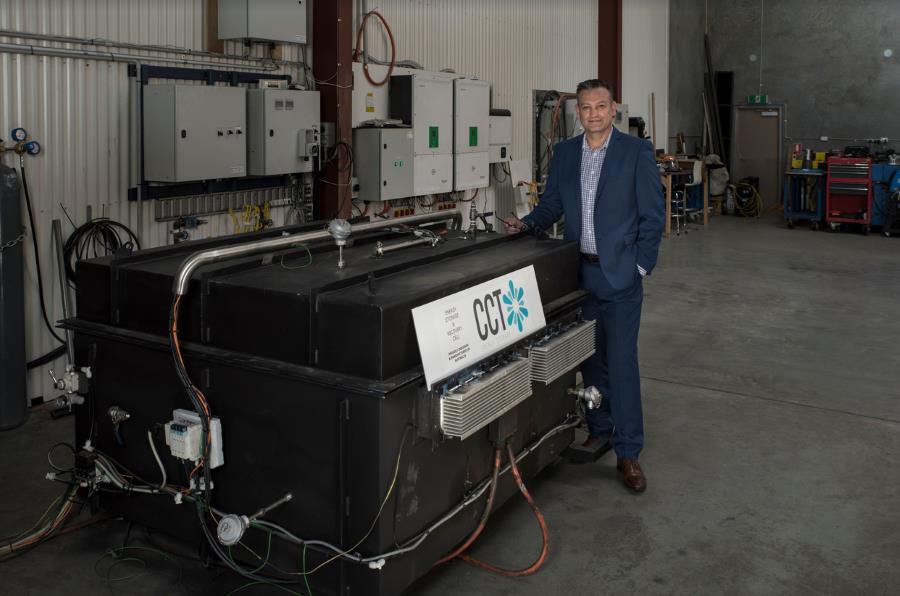 Known as TED (Thermal Energy Device), the battery accepts any form of electrical input to convert and store energy as latent heat – making it versatile, affordable and long lasting.

The Lonsdale-based business will supply at least 10 TED units to commercial customers this year, with production expected to increase to more than 200 units by 2020.

“We believe energy is a resource that should be accessible to all corners of the globe – and that means it’s vital to provide an energy source that’s cost effective, environmentally safe and sustainable,” Mr Bondarenko said.

“TED is the first battery of its kind and will be a game changer in the renewables space, with the ability to significantly reduce power costs while providing versatile and long-lasting energy with little to no environmental effect.”

TED stores electrical energy as thermal energy by heating and melting a unique phase change material. The energy is stored at more than 12 times the density of a lead acid battery, before being extracted by thermic generator to provide electricity when, and where it’s needed.

“TED’s scalability means it can be used in small scale 5kW applications to large scale applications of hundreds of megawatts of instantaneous power,” Mr Bondarenko said.

“And unlike some renewable energy sources, TED can manage input variations, produce base load output and charge and discharge simultaneously – minimising energy wastage and making it applicable to numerous commercial industries.”

“We already know South Australia is leading the world in the generation of renewable energy but to maximise the benefits for consumers it must be harnessed with storage to make variable renewable energy dispatchable on demand,” he said.

“That’s why projects like this one – leveraging cutting edge storage technology - are so exciting and so necessary.

Production of TED will begin immediately at the business’ Lonsdale plant, with European energy partner MIBA Group to exclusively manufacture and distribute TED to Denmark, Sweden and the Netherlands.