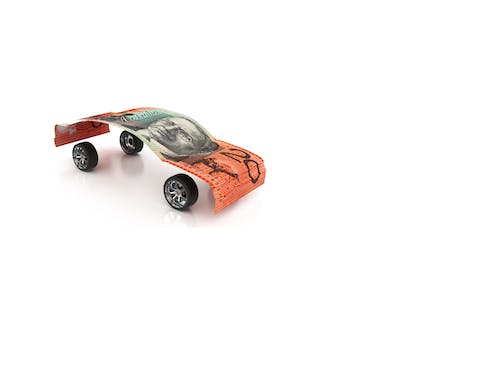 Parliament is failing workers with superannuation. And this time it’s Labor and the Greens who are doing it.

The Coalition’s Protecting Your Super Package Bill[1] was designed to cut the unnecessary costs in super, significantly boosting balances when workers retire.

It was gutted in parliament last week as both Labor and the Greens sought amendments to the provisions for default insurance.

They might have been well-intentioned, but an analysis of the effect of their amendments shows that they weren’t serving the interests of most Australians.

Australians are paying for insurance they don’t need

In January the Productivity Commission[2] reported that super funds were defaulting far too many Australians into life, disability, and income-protection insurance that they didn’t need. They were paying an unnecessary A$3 billion a year.

Most under-25s work in casual and part-time jobs. The overwhelming majority don’t have dependants, so life insurance is inappropriate for them. Often they don’t even know they are insured.

As they change jobs, they can find themselves defaulted into multiple policies, even though it is only legal to claim on income protection once, and even though very few do.

The Commission estimates[3] that this unnecessary insurance takes as much as 14% out of the member’s super balance by the time he or she retires.

The government’s legislation would have fixed[4] these problems by making life, disability, and income-protection insurance “opt-in” for people under 25 and those with small account balances.

Insurance would have started only once there was A$6,000 in your account; typically after one year’s full-time work.

The premise was simple: while the change would not be the best for everyone, it would provide the greatest benefit to the most workers at the least cost.

They would address problems for the small number of young or low-income people who do need such insurance, at the cost of forcing millions more to pay for insurance they don’t need.

As an example, Labor wants automatic insurance cover to commence at age 22 instead of 25.

Similarly, Labor wants super funds to be able to hold onto inactive accounts for 16 months, as opposed to the 13 in the Coalition’s bill.

Labor says this will protect women on maternity leave, but very few women take more than 13 months. The average mother takes 26 weeks, paid and unpaid. Only one in five takes more than 37 weeks.

Lifting the threshold to 16 months would mean an extra 3 months of premiums paid by the much larger group who have inactive accounts because they have changed jobs and therefore superannuation funds. Our calculations suggest that could cost them A$100 million a year, and possibly more.

And Labor is insisting that workers in high-risk industries continue to be defaulted into life and disability insurance through super, despite already being insured against accidents at work through workers’ compensation.

If a person dies through a work-related accident in Victoria or New South Wales, their dependants receive compensation in the order of A$750,000. This is far more than they are likely to get from insurance through super, where the average benefit is about A$100,000. Our estimate is that this extension would cost workers A$115 million in unnecessary premiums.

On each of these three proposed Labor amendments, vastly more people would be hurt than helped.

Those who would be helped would be free to opt into insurance without the amendments.

As well, the Coalition legislation allows super funds to apply for an exemption where they can demonstrate that defaulting young workers into insurance would in fact be in their interests.

…and one of the Greens amendments is worse

Faced with this series of bad amendments from Labor, late last week the Coalition struck a deal with the Greens instead.

The new law will scrap exit fees and impose a cap on fees of 3% for account balances below A$6,000, saving Australians A$570 million in the first year[8].

But the Greens opposed removing default insurance for people aged under 25 and those with super balances below $6,000.

The Greens did this even though only a tiny minority of the 1.4 million Australians aged under 25 and with super need life insurance. They discarded a A$1 billion to A$2 billion per year boost to the retirement savings of younger and low-income Australians.

The party defended[9] its position on the basis that “nobody needs insurance until they need it”.

It’s an argument a bit like asking people to pay for car insurance even though they don’t own cars, on the grounds they one day will.

The practical effect would be to subsidise car owners, or in this case to subsidise the older and wealthier super fund members who do stand to benefit from life and income-protection insurance.

The Coalition reportedly plans to introduce a new bill in the House of Representatives to try again.

But it will have little chance of becoming law before the election expected in May.

In the meantime the industry will be free to extract millions[10] more in insurance payments from the super savings of younger Australians.

It is in its interest to drag things out.

Read more: The Productivity Commission inquiry was just the start. It's time for a broader review of super and how much it is needed[11]