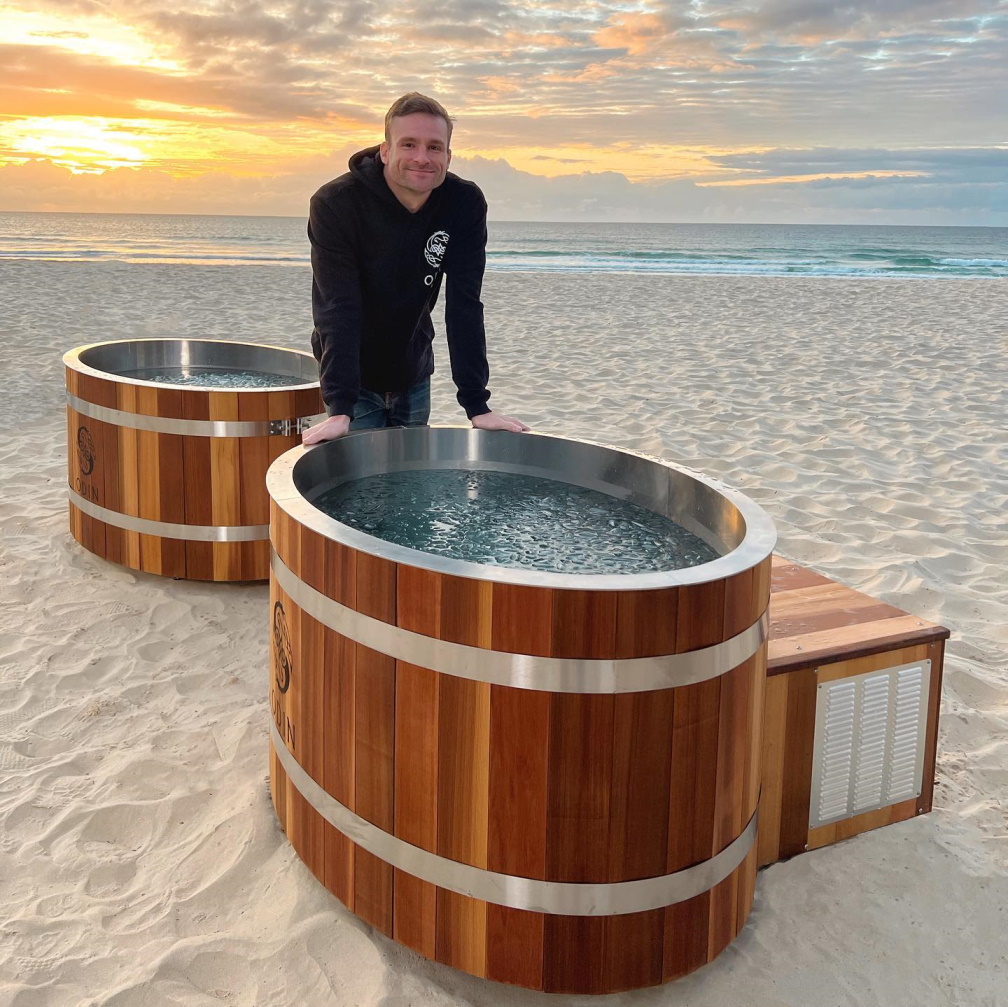 Imagine being born and being given only 10 years to live.

The doctors have informed your parents that their child has a life-threatening condition that means your lungs are completely incapable of fighting off infection.

The prognosis means your lungs can quickly become infected from an ordinarily harmless bacteria found in the environment. This bacteria infects your lungs, getting into every nook and cranny.

And just like that, you’re fighting for your life. This infection will likely kill you. And probably within a few years.

Yes, I have Cystic Fibrosis and it sucks.

But that’s not the end of my story. Not by any means.

Instead of allowing this cruel disease to kill me, I have done and continue to do what many doctors considered impossible.

Not only have I beat the odds and held back this terrible disease for almost a quarter of a century longer than I was supposed to, I have discovered the therapeutic benefits of ice baths and saunas.

When my parents were told by the doctors that I would only live to 10 years old and to not explore alternative options, they didn’t accept this. So, they embarked on a lifelong journey of discovery to find anything and everything that could help me beat my fate. This was before the Internet, and so they were forced to visit the local library and scour through the journal articles that were on offer. They bought every book they could find that even had a small hope of helping me, and they took me to specialist after specialist. Both conventional and alternative. Each journal article, book, or specialist revealed more of the puzzle that was my condition. And in the end, my parents had a pretty good idea of what would help me.

They completely changed my diet, they added in specific nutrients and experimented with herbs and other compounds to give me a little bit of an edge. The lungs are normal in people with CF when they are born. They are just not able to fight infection easily, and it’s the infections that ultimately cause deterioration and death. So their number one priority was to build up my immune system so I could fight off any infection before it took hold. Whenever I got a cold, they were very quick to stop it from progressing.

It’s a strange feeling knowing how you’re going to die.

Thankfully it won’t be anytime soon if I have anything to do with it.

Fast forward to now, I am 34 years of age and healthier and stronger than ever.

I have spent years defying all odds that were stacked against me and committed to an unwavering determination for finding health optimisation tools that could help me continue defying those odds.

Many of these were failed experiments, but some weren’t, and each time I found an improvement I stuck with it, adding it to my routine.

One of those tools that stuck was Contrast Therapy, also known as Hot/Cold Therapy, Immersion Therapy, or Hot/Cold Immersion.

This involves exposing the body to contrasting temperatures, for example, using a sauna followed by an ice bath. So, I bought my first sauna at an auction and I set it up in my home.

Almost immediately after introducing saunas into my routine, I began to see the difference in the way I felt, my mental clarity, and overall health. Shortly after that, I introduced an ice bath after my sauna. This totally changed my perception of alternative health tools.

I was obsessed with finding out more about this peculiar treatment of Hot/Cold Immersion and so, I set out on a quest to discover more about its origins and health benefits.

The Nordics and the Romans have been using Contrast Therapy for many years.

The Romans were also well noted for their cool water spring-fed baths. The soldiers would use hot and cold baths to reduce inflammation after battles. Noted Roman physicians, Galen and Celso, acknowledged thermal cures and the therapeutic properties which gave credence to Hydrotherapy.

Contrast Therapies — specifically saunas and ice baths — have also been acknowledged for their positive effects on our immune system. Wim Hof proved this by injecting himself with an endotoxin and shocked doctors when he was able to forestall any severe symptoms of illness — giving credit to ice baths and breathwork.

The birth of the Odin Ice Bath and why ice baths have played an integral role in my health journey.

At the time of introducing ice baths to my routine, I had a beautiful timber sauna in my home that I took pride in.

My options were limited with either an expensive ice bath for what you got or converting a chest freezer. I wasn’t going to purchase something that didn’t have the features I desired and I refused to have a converted chest freezer next to the wonderful sauna I had invested in — I wanted something of higher quality that looked beautiful next to my sauna.

Throughout my research into ice baths and saunas, I learned a great deal from Hof’s teachings. I had also come across an image of Hof taking an ice bath in a wine barrel filled with ice and loved the look of the rustic timber.

I set out to create an ice bath that looked beautiful while having the functionality and convenience I desired.

Hence, the birth of The Odin Ice Bath.

The Odin Ice Bath can get down to 0ºC or 32ºF, uses 70% less energy than other ice baths on the market, the water only needs to be changed every few months because of the reusable Ozone filtration pump, and is built with the 316 Brushed Stainless Steel and 100% Clear Western Red Cedar.

My life has changed for the better since introducing ice baths and saunas into my life and I implore others to do the same. The Odin Ice Bath was designed to make this incredible tool more accessible through convenience and functionality.