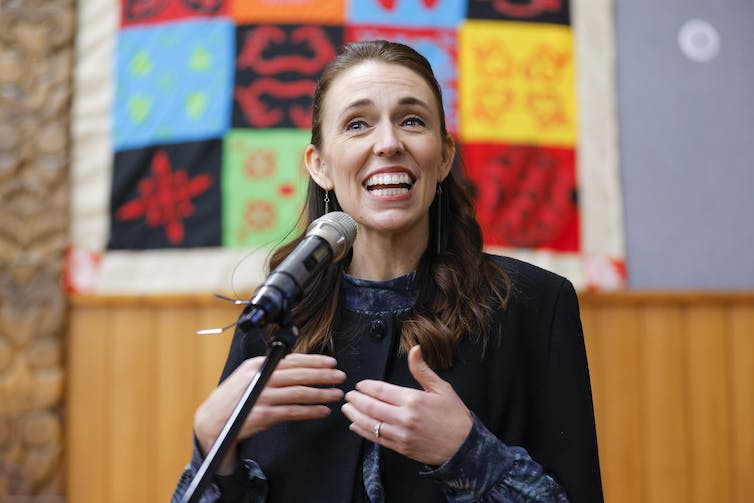 Australia’s new federal treasurer, Jim Chalmers, spoke regularly in opposition about a well-being budget and the need to measure more than just the traditional economic indicators.

He was even mocked for it by his predecessor, Josh Frydenberg, who joked about him[1] “fresh from his ashram deep in the Himalayas, barefoot, robes flowing, incense burning, beads in one hand, well-being budget in the other”.

Chalmers hasn’t been deterred. The day he was formally sworn in as treasurer he reiterated[2] of the need for better ways to measure progress:

It is really important that we measure what matters in our economy in addition to all of the traditional measures. Not instead of, but in addition to. I do want to have better ways to measure progress, and to measure the intergenerational consequences of our policies.

This commitment presents an important opportunity to address the many critical challenges Australia faces – from housing affordability, to the environment and Indigenous justice and reconciliation.

Just as importantly, it is an opportunity for neglected conversations[3] – about what progress means, and what we want from our lives and for future generations.

Read more: 5 charts on Australian well-being, and the surprising effects of the pandemic[4]

The limits of measuring ‘growth’

The traditional measures of national progress to which Chalmers was referring are primarily economic indicators: growth, employment, inflation and exports.

The biggest headline measure of economic progress is gross domestic product – or the very similar gross national product (used by the US government from 1934 to 1991[5]) – which tallies economic activity by counting the total dollar value of all of goods and services sold in a year.

GDP as a measure of progress has always had its detractors. Even economist Simon Kuznets[6], who laid the the groundwork for measuring GNP in the 1930s, regarded it a poor measure of national welfare.

Serious public discussion about GDP’s limits and alternatives kicked off in the late 1960s and early 1970s. In March 1968, three months before he was assassinated, US senator Robert F. Kennedy railed against “the mere accumulation of material things[8]”:

Our gross national product counts air pollution and cigarette advertising and ambulances to clear our highways of carnage. It counts special locks for our doors and the jails for the people who break them. It counts the destruction of the redwood and the loss of our natural wonder in chaotic sprawl […]

Yet the gross national product does not allow for the health of our children, the quality of their education, or the joy of their play. It does not include the beauty of our poetry or the strength of our marriages, the intelligence of our public debate or the integrity of our public officials.

The aim of a well-being approach is to better measure the things that matter, thereby improving the focus of policy makers.

Economic outcomes are not the only basis on which Australian governments make policy decisions, but they do receive disproportionate attention. That’s in part because it is relatively easy to measure things in dollars.

Employment is obviously important, but we also need to look beyond the headline numbers at the types of jobs, their security and the pay and conditions. Also important is the quality and access to education and health care (mental and physical) as well as the quality of our environment.

Read more: GDP ignores the environment: why it's time for a more sustainable growth metric[9]

Australia had a world-record 28 years continuous economic growth[10] before the COVID-induced recession of 2020. Did this solve all our social, environmental and economic problems? Far from it. Indeed higher incomes have caused and amplified some of those problems.

Australia had a framework in 2004

Chalmers has mentioned New Zealand’s Wellbeing Budget process, introduced by the Ardern government in 2019[11], as an inspiration.

In fact, New Zealand’s Treasury, along with other international well-being budget approaches, were inspired by the well-being framework[12] the Australian Treasury established in 2004.

But the Australian framework was scrapped[13] in 2016 under then treasurer Scott Morrison.

There is now an alliance of governments[14] who have adopted well-being approaches, includeing Iceland, Finland, New Zealand, Scotland and Wales. Leading the field, however, is Bhutan, which has had Gross National Happiness[15] as the main goal of government for decades.

The lessons from these governments is that a well-being approach must be embedded in every level of government and throughout the public service.

As Jane Davidson, who was a key Welsh government minister through four versions of Wales’ well-being framework, has said, it must be clear to everyone what it means to have well-being as a goal and how to get there.

High-level measurement and goal setting, without a clear public service reform program, will likely just lead to business as usual, embellished with the language of well-being.

Jane Davidson on the Creation of The Well-Being of Future Generations Act in Wales.

Another critical element is accountability. It’s not enough to set goals and report on them. Ministers and public servants must be held accountable for their progress (or lack thereof).

Read more: A budget for the ‘squeezed middle’ – but will it be the political circuit-breaker Labour wants?[19]

Like Wales and New Zealand, the Australian government must be prepared to make mistakes and learn from them.

But the biggest step will be the first.