‘Tis the season for seafood. While those in colder parts of the world tuck into turkey and hot dinners, in the southern hemisphere we get festive with prawn cocktails at Christmas and smoked salmon for New Year’s. Maybe crayfish and crab. Perhaps oysters and octopus. Or barramundi and more prawns on the barbie.

Yes, most of us love to eat fish. Some fish, anyway – and just some parts of those fish. When, for example, did you last eat a piece of fish that wasn’t a fillet?

That’s a problem when you consider how wild fish get caught. When fishing trawlers cast nets or reel out long lines, they don’t just catch the fish they know we want to eat. The industry calls the unwanted fish caught “bycatch”. These fish are generally discarded by being thrown back into the sea, alive or dead.

Our research[1] shows that huge economic and environmental benefits could come from fully using fish now discarded. If all of the edible fish caught was kept and sold, both the sustainability and profitability of fishing would significantly improve.

Discarded fish accounts for 8% of the total global catch[2] by volume. In Australia our reluctance to eat many types of fish makes the bycatch problem even worse.

As part of a CSIRO research team, we spent 12 months examining causes (and possible solutions) to the bycatch problem. This involved an economic analysis of fish caught and discarded by fishing trawlers operating in the Great Australian Bight Trawl Sector. 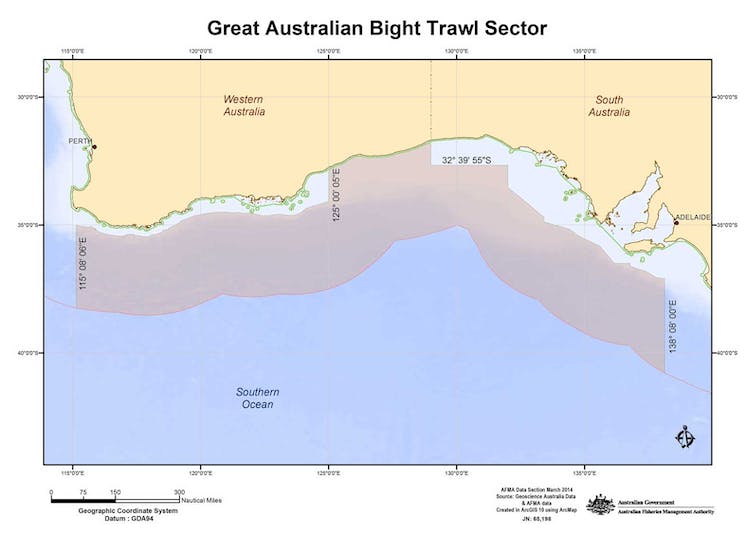 This region of the Southern Ocean is fished mostly[3] for deepwater flathead and bight redfish. There are, in fact, 120 different species that can be caught, but only 60 of these are eaten. The means up to 56% of any catch is discarded.

We calculated the cost and potential of the bycatch that fishing trawlers were already catching using the information about fish both caught and discarded that commercial fishing vessels are required to record in log books.

By our calculation, had the discarded fish been able to be sold, total annual fishing returns would have been increased by 18%, from A$1.97 million to A$2.32 million per vessel.

By always eating the same fish in the same ways, consumers are wasting other fish species. In the short term this means rising prices as the cost of finding and catching fish increases; in the longer term it means those fish will become luxury items and large swathes of the fishing industry will become unsustainable. 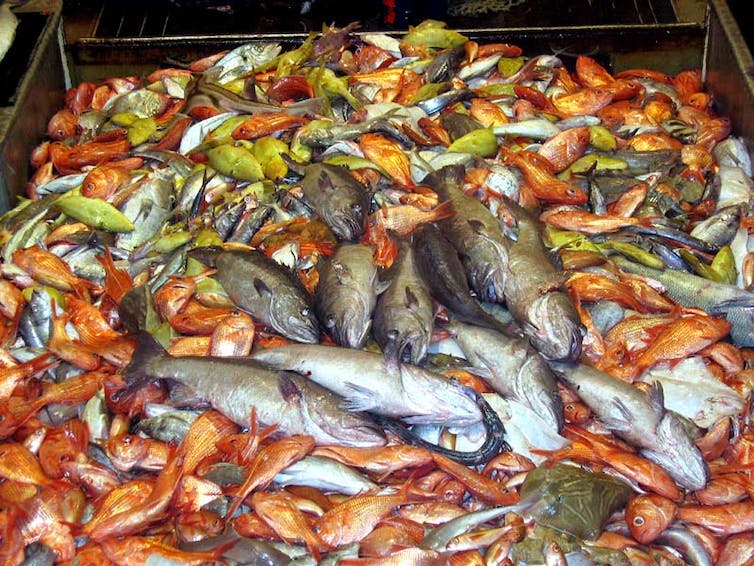 A typical trawler catch. The big fish are hapuka, the red fish are bight redfish; these will be kept. The yellow fish, ocean jacket, will be discarded. Matt Koopman

The obvious solution is to rethink how we use the fish we already catch. Cultural preferences and consumer demand are not external and fixed issues. We can make conscious choices.

Why do we eat such a limited range of seafood? It is a combination of palate – what we are used to – and awareness. Culture plays a part, as does fashion. What our ancestors once commonly ate might strike us as unpalatable or as exotic as a foreign cuisine.

In Australia, most people tend to dislike “fishy” flavours like sardines and cook fish in a way – flinging it on the bbq – that may not work for more delicate, unusual species like clams. We prefer boneless fish that flakes but isn’t too soft or too oily (for example we love flathead, not eel). We have also gotten used to consuming the same foods at any time of year, with little thought to seasonality.

That means molluscs may be too irregular, leatherjacket might have too many bones, and dogfish might just have the wrong name.

But these consumption preferences are not immutable. They can change. As one fisher we spoke to said, there was much to be hopeful about reducing the level of discards, due not only to the potential of Asian markets but the increasing consumer interest in sustainable consumption.

Changing how we think about eating fish

Inspiration could come from the “nose to tail” movements that promote using all of the animal. The movement to use local produce could also help. There are restaurants in Scandinavia that specialise in cooking little-known previously discarded local species, cooking “whatever comes in that afternoon” off local fishing boats.

Read more: Plenty of fish in the sea? Not necessarily, as history shows[5]

Increased demand for a wider range of locally caught species would also reduce imported fish (Australia imports more seafood than it exports). This would help take the pressure off overseas fisheries that may be less sustainably managed than our own (which are subject to strict environmental regulations).

So next time you buy or eat fish, explore your options. Talk to your local fish supplier and restaurateur and try something new. Don’t throw another shrimp on the barbie; make it ocean jacket or whatever has just come in fresh instead.

This research was funded by the Fisheries Research and Development Corporation (project 2015/204) on behalf of the Australian government. Alistair Hobday, Matt Koopman, Ian Knuckey and Shijie Zhou contributed to the project