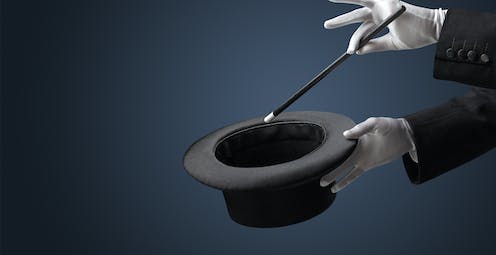 With the official unemployment rate[1] now 4.2% – the lowest since 2008 – Prime Minister Scott Morrison has predicted[2] a rate “with a 3 in front of it this year”. The Reserve Bank of Australia agrees[3], forecasting unemployment below 4% in coming months.

Many economists have been surprised at how quickly employment has rebounded from the effects of COVID-19. Now they are scratching their heads for another reason.

With unemployment so low, why aren’t wages growing more quickly?

If something is in short supply, its price is supposed to rise. That’s according to conventional economics, which treats the price of labour (wages) much like any other commodity, from pork bellies to rapid antigen tests.

Since 2013, growth in nominal wages (not accounting for inflation) has been weaker than any time since the 1930s, with the average annual rate of 2.1%[4] growth half the typical rate of earlier years.

After grinding to a halt during the lockdowns, wage growth has rebounded – but only to those anaemic pre-pandemic rates (up just 2.2% in the past 12 months). Nominal wages are now lagging well behind consumer prices. Real wages (accounting for inflation) are therefore falling – the opposite of what free-market theory predicts when unemployment is low.

Read more: Unemployment below 3% is possible for the first time in 50 years – if Australia budgets for it[5]

This outcome puzzles those economists who focus on market forces to explain income distribution. But it’s not surprising to those who consider a broader array of structural, institutional and social determinants of wages.

Unemployment may matter to wage trends, although not necessarily for the same reasons assumed by market-focused theories. But many other factors – including minimum wages, collective bargaining, the award system, and even politics and culture – also explain who gets paid what.

A simple market-based understanding of wages has guided the policy stance of the government and the RBA for a generation.

Both still ascribe, for example, to the concept of a “non-accelerating inflation rate of unemployment” (or NAIRU).

RBA, CC BY[6] This refers the lowest unemployment rate achievable without causing wages to grow and inflation to rise. Both keep changing their estimates of its precise level, with the treasury’s most recent calculations[7] putting it at 4.5% to 5% in the years before the pandemic. One reason the estimates shift is because the concept is impossible to measure. Many countries have abandoned this widely criticised[8] concept. Yet it still underpins Australia’s fiscal and monetary policies. A gentler approach acknowledges wages will accelerate gradually, instead of taking off suddenly, as unemployment approaches the estimated non-accelerating inflation rate of unemployment (NAIRU). This relationship is expressed graphically in what is called the Phillips Curve. The Phillips Curve

RBA, CC BY[9][10] As unemployment falls, wage growth should gradually gain steam. That allows policy makers, especially the RBA, to try to guide the economy to a “sweet spot” on the Phillips Curve: with wage growth consistent with the RBA’s inflation target. Nice in theory, not in reality Unfortunately for both theories, the expected automatic relationship between unemployment and wages isn’t visible in the real world. Australia’s unemployment rate has fallen through successive estimates of the NAIRU (first 6%, then 5%, now 4%) with no sign of inflationary take-off. The Phillips Curve is also morphing, changing both its vertical position and its shape. The accompanying figure plots unemployment versus the annual rate of growth in wages. Wage growth and unemployment, 2000-2021

ABS wage price index and labour force data., CC BY[11] Before 2013 only a weak relationship was visible between wages and unemployment. Since 2013 the curve has shifted down and flattened, with hardly any discernable connection between unemployment and wages. Other factors at play The only way to explain this seeming anomaly is to look at the broader, structural determinants of wages. No economy simply sets the market loose to determine how much people get paid. Regulations, institutions and processes mediate the distribution of income across classes, occupations and jobs. They can be used to create a more equitable distribution. Or they can be used to reward certain groups and suppress the incomes of others. Either way, it is institutions and policies – shaped fundamentally by politics and power – that determine how the economic pie gets divided. Circumstances now provide a telling insight into how important those institutions are – and how dramatically they have changed. The accompanying table compares labour market outcomes and institutional parameters today, to those that prevailed the last time unemployment was below 4%.

CC BY[12] Fifty years ago nominal wages were growing robustly, at more than 10%. Inflation was high (close to 6%) but real wages still rose. Now inflation is half that rate, yet wages are falling behind prices. This is due to a night-and-day contrast between labour-market institutions then and now. The minimum wage now is much lower relative to the average. The awards system has been restructured to serve only as a safety net, rather than leading improvements in wages and conditions. Unions and collective bargaining have been decimated, with strikes almost non-existent. Workers’ bargaining power has been further eroded by the spread of part-time work, casual jobs and other non-standard employment, including digital gigs. Fifty years ago workers had institutional power to win decent wage increases – even when unemployment was relatively high. That power has been steadily and deliberately stripped away through privatisation, suppression of union activity and liberalisation of insecure employment. Read more: Top economists expect RBA to hold rates low in 2022 as real wages fall[13] Higher wages would strengthen household finances, support consumer spending and achieve a fairer distribution of income. But there’s no magic unemployment rate that will deliver that outcome. If we want higher wages, we must win them through deliberate wage-boosting policies. References^ official unemployment rate (www.abs.gov.au)^ predicted (www.afr.com)^ agrees (www.rba.gov.au)^ average annual rate of 2.1% (www.abs.gov.au)^ Unemployment below 3% is possible for the first time in 50 years – if Australia budgets for it (theconversation.com)^ CC BY (creativecommons.org)^ most recent calculations (treasury.gov.au)^ widely criticised (d3n8a8pro7vhmx.cloudfront.net)^ RBA (www.rba.gov.au)^ CC BY (creativecommons.org)^ CC BY (creativecommons.org)^ CC BY (creativecommons.org)^ Top economists expect RBA to hold rates low in 2022 as real wages fall (theconversation.com)Authors: Jim Stanford, Economist and Director, Centre for Future Work, Australia Institute; Honorary Professor of Political Economy, University of Sydney