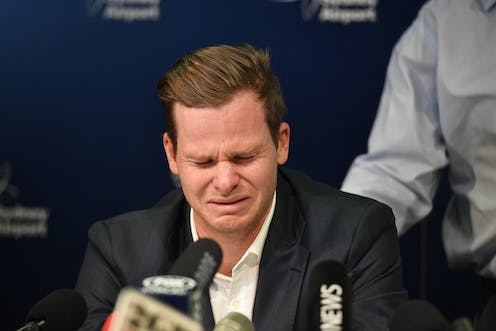 Being captain of the Australian cricket team has been described as the nation’s most aspired-to job after the role of Prime Minister. Being chief executive of Cricket Australia (CA) can’t be too far behind?

Last week the board of Cricket Australia announced insider Kevin Roberts will take the job[1], replacing James Sutherland after 17-years at the helm.

Despite a “global search”, Roberts was always considered the front-runner. Chairman David Peever had stated a preference for an internal CA candidate. Roberts, a former first-class NSW cricketer and sports apparel company executive, was a Cricket Australia board director between 2012 and 2015. Then he was Cricket Australia’s executive general manager for strategy, people and member services. Earlier this year he became Cricket Australia’s chief operating officer.

Given the evidence of an unhealthy culture at cricket’s top echelons, it might be argued that appointing an insider does not augur well for Cricket Australia in coming to terms with the problem.

Read more: The day Australian cricket lost its integrity and a country reacted with shock and anger[2]

Roberts’ performance will affect the reputation of the game in Australia, and the lucrative business it now is. It is a lesson for corporate Australia, particularly those companies whose own cultural problems have been exposed by the banking royal commission.

Winning at all costs

The ball-tampering scandal, in which the Australian cricket team’s senior players allegedly conspired to cheat in a match against South Africa, exposed a “win-at-all-costs” culture.

Along with sanctions against individual players, Cricket Australia responded by establishing an inquiry into the “cultural, organisational and/or governance issues[3]” affecting Australia’s professional cricket teams. The inquiry’s findings have now been presented to the CA Board. It will be Roberts’ responsibility to act on them and to deliver.

We will have to wait to find out if the review on “culture” has spanned the entire organisation. It will need to have addressed selection processes, values, leadership and all the financial arrangements involving players, sponsors, and broadcasters.

Read more: Can the cricketers banned for ball tampering ever regain their hero status? It's happened before[4]

To move past the appalling shenanigans in South Africa, Cricket Australia needs to uphold the values of integrity, fairness and accountability. These are not just sporting principles. They should be important to all corporate cultures.

Roberts’ tenure begins in a period of unprecedented challenges for Australian cricket. The three major issues of the past year have been:

All three issues remind us that Cricket Australia, a company limited by guarantee, is a uniquely structured business – and a big one.

Based on financial statements over the past five years, it is awash with cash. CA averages surpluses in excess of A$100 million a year (before distributions to member state associations). At the end of the 2016/17 financial year CA had almost A$136 million in the bank.

Revenues from sponsors, media rights, spectators and other customers had grown by 60%, to A$338 million. Its new broadcast rights deal with Foxtel and the Seven Network is reported to be worth some A$1.2 billion over the next six years.

Cricket Australia is a financial conglomerate with a monopoly it can only dream about. We should not be be too surprised this has engendered “profit-maximising” misbehaviour.

Its shareholders – the state member associations, who benefit from the rivers of gold – have little accountability to other stakeholders. Cricket fans have no say, except as consumers of the “cricket product”.

Now Cricket Australia urgently needs to consider what its values are, and how they can be meaningfully reflected in the culture and general conduct of the players and officials.

How players are offered contracts, and the structure of contracts, needs review. The extent to which performance incentives have contributed to the “win at all costs” modus operandi, should be strongly investigated. There are clear parallels to what the banking royal commission has uncovered about the association between compensation practices and bad behaviour.

How the captain of the Australian team is selected also needs review. They should not be chosen because they are the best batsman and therefore the most marketable. They should be chosen for their ability to lead and show leadership, making the competitive and tactical decisions on the field and also adhering to all laws and acting at all times within the spirit of the game (i.e. culture).

Finally, the CA inquiry must, at long last, finally address sledging. Sledging in any form is a type of mental abuse. Mental abuse and bullying need to be called out for what they are: harmful to society and unacceptable to any workplace culture.

Read more: How cricket got its reputation for fair play[5]

It is paramount that elite men’s cricket in Australia rediscovers its sense of fair play, professionalism, and becoming known once more as “the gentlemen’s game”.

In doing so, it might provide an example for business leaders to fix their own internal cultural problems.